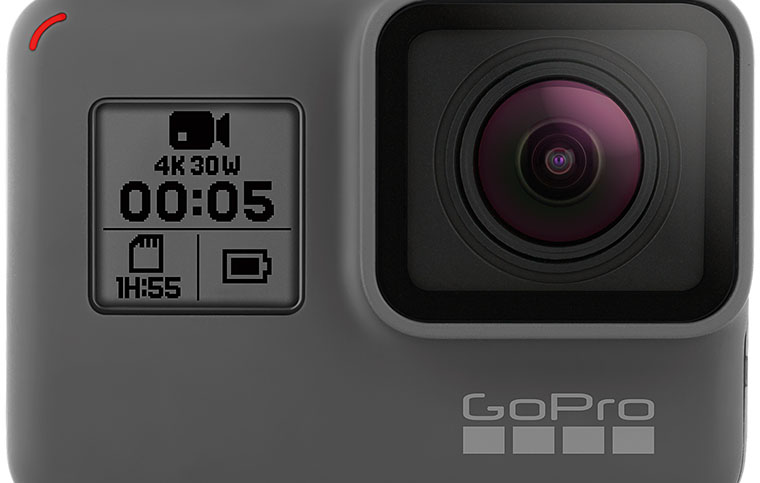 Overnight GoPro Inc, the company that pretty much invented the action camera concept, announced two new HERO5 cameras, able to automatically upload video to the cloud, and the Karma drone rig to carry them. The GoPro Karma, says GoPro, is “much more than a drone”.

The founder and CEO of GoPro, Nicholas Woodman, says that “HERO5’s ability to auto-upload photos and videos to a GoPro Plus account dramatically simplifies mobile, on-the-go editing, sharing and enjoyment. This is a game-changing experience that we will continue to build upon.”

GoPro Plus, a subscription-based cloud service ($US4.99 per month), will allow ready access to uploaded videos, allowing both viewing and editing. That is scheduled for US launch on 2 October this year, and made available “in additional markets beginning January, 2017”. You can sign up on the GoPro Plus website “to be notified when it’s available in your region.”

As for the GoPro Karma, it is “more than a drone”, says Woodman, because it “packs Hollywood-caliber aerial, handheld and gear-mounted image stabilisation into a backpack for AUD $1,195.95. It’s so easy to use, a beginner can have fun straight away.”

The, er, hero product from the launch is the GoPro HERO5 Black camera, available for $569.95. Amongst its features: it can record video at up to 4K resolution at 30 frames per second, and stills of up to 12 megapixels. GoPro calls its electronic video stabilisation “professional grade”. Both RAW (ie. unprocessed) and Wide Dynamic Range photography is available. GPS records locations, and your locations can include underwater, even without a housing (ten metres maximum). It has both WiFi and Bluetooth, and can auto upload to the cloud while it’s charging. A 50mm touch display is provided and it is, of course, compatible with GoPro mounts.

The new GoPro HERO5 Session – $459.95 – is the ultra compact version, and is just a little larger than the camera module. In addition to losing quite a bit of size, it loses the display, RAW and HDR capability and GPS, and its camera can offer only 10 megapixel stills. But it still has the WiFi and Bluetooth with auto upload to cloud, plus waterproofing.

The press release says that the GoPro HERO5 Black offers stereo audio recording and advanced wind noise reduction. The GoPro website says that neither the HERO5 Black nor Session offer stereo audio, so I wouldn’t rely on that claim.

Amongst the features of the GoPro Karma is one that is particularly interesting: it folds up to fit into the backpack that comes with it. That makes it easy to get it to where you need it to be. It comes with its own “game-style controller” with its own display, so you don’t need to tie up your phone to operate the drone. A 3 axis stabiliser provides for smooth camera work from the drone, but it can be removed and used to smooth your handheld footage as well.

Both GoPro HERO5 cameras will be available from 3 October, while the GoPro Karma will be for sale from 24 October. From that date, it will also be bundled with GoPro HERO5 Black for a saving of more than a hundred dollars.