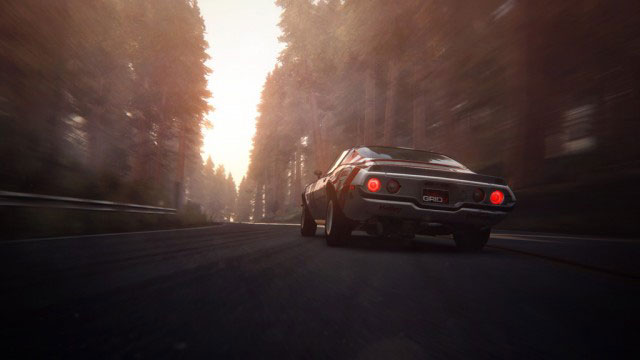 This sequel from Codemasters has been a very long time coming. Given the developer’s erratic performance, it’s probably a miracle Grid 2 has arrived at all, but arrived it has and it’s mostly extremely good.

Coming four years after the first game in the series, Grid 2 has only two game modes, making it nice and simple to kick off: World Series Racing (WSR) and Online.

Up to 12 players can duke it out in the online mode, selecting from predetermined lists or customising your own events and race types include Race, Endurance, Drift, Touge (1-on-1 racing), Checkpoint, Face-Off and Time Attack. Global challenges throw up others, such as ‘Overtake’, which is a direct ‘homage’ to Project Gotham Racing – and ludicrously difficult!

Codemasters has always had a strong view on how they’d like you to experience their games, and Grid 2 makes it plain from the beginning that, whether you like it or not, you’re going to have to learn the joy of drifting, sticking you in a tail-happy Ford Mustang in your first few challenges.

And if you don’t like underpowered, waggy muscle cars, well hard luck, because that’s all you get to drive for some considerable while.

Fortunately, Grid 2 is incredibly slick and looks great for most of the time.

After each race, a replay of your performance automatically kicks in, which is surprisingly satisfying to watch; perhaps the best employment of the of the replay function we’ve seen, in fact.

Load times give Codies the opportunity to treat you to visuals that make it seem like you’re experimenting with hallucinogenics or have just been knocked senseless, but in game everything is very pretty.

Success brings you attention, with a simulated ‘fans’ count as your deeds attract notice. Progress also brings you new vehicles – admittedly the first time this choice was between two rear-wheel drive Nissans with absolutely identical characteristics.

WSR is objective led, so you’re always given something you need to do to ‘pass’ and go on to the next event. It’s a bit like school, actually.

And, just like school, sometimes they start you on something, and you do it as well as you can only to find they fail you without you having a clue why you failed.

Fairly early on, there’s an ‘Overtake’ event. If you fail, the narrator chirps up with “Don’t worry pal, now you know what to do, give it another try”. Only we had absolutely no idea at all what to do, and just had to keep replaying it until we, for some inexplicable reason, passed the event, having done exactly the same thing as in all previous attempts.

New to Grid is the  ‘Live Routes’ mode which should give Australian racing fans a good laugh when the voiceover guy announces the event in an English accent.

There’s nothing like a live root, as they would say. In ‘Live Route’ races, the route changes dynamically as the race progresses, the idea being that no-one can gain an advantage simply by memorising the track; you need to drive well too.

In theory, at least.

The thing is, though, in practice, the driver AI in grid hasn’t really improved from the last game.

You get the same unlikely jet-powered starts from your opponents and you’re almost always – actually always, in our experience – going to come worst off in any collision. They’ll slam into you around a corner and bodyparts go flying but those bodyparts are invariably yours, forcing a restart if you want to have any chance at all of placing in a race.

This is easily the most frustrating aspect of Grid 2 and very nearly a complete game stopper for us, because the AI drivers often drive like maniacs, and knowing that you never come off better in a collision, it can be teeth-gridingly annoying to be flung around the joint while the guy who hits you blissfully carries on his way around the track, utterly unaffected.

Despite Grid 2 being a very good racing game, there are problems.

The CPU-intensive cockpit view has been left in the pits with this sequel – a shame, but apparently a result of Codies gathering real player data and realising that only a tiny, brave minority actually used it – and the non-player AI, as we’ve said, is both dumb and nasty.

There’s a really poor vehicle selection interface, with thin white lines detailing attributes like speed and acceleration, but there’s no scale on the lines and no ‘quick-comparison’ assistance that you see in other racing games, so it’s really difficult to compare vehicles.

Added to the pain is really minimal information on your next event, so you’re never quite sure you’re choosing the right type of vehicle in the first place.

And yet Grid 2 is fun, but much more so for multiple players than those tackling the game alone.

Racenet, and the inclusion of split-screen this time round, both make racing against others the main attraction and Codies even promises that their technology pits like-minded players against each other, so you can turn events into demolition derbys if you want, but if you like to race clean, you should find others online who feel the same way.