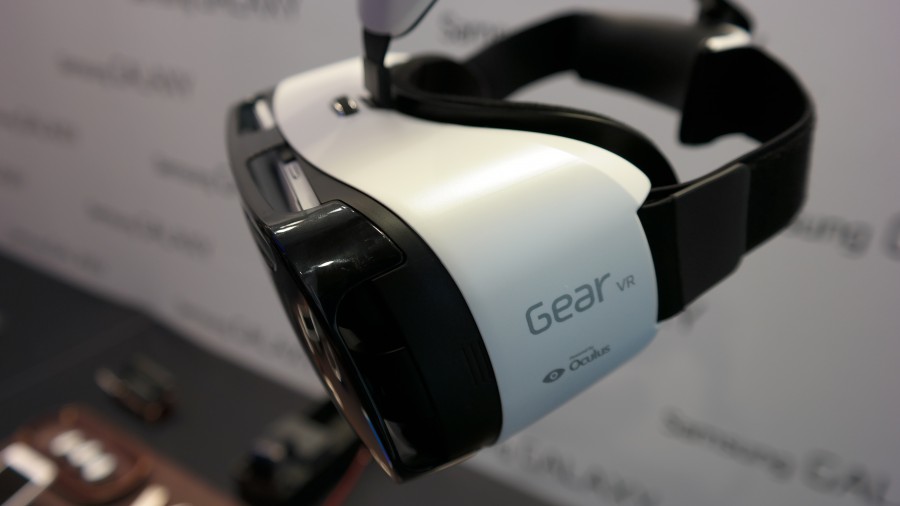 Samsung is spearheading a move to bring Virtual Reality to the masses with its latest Gear VR headset, announced at the Unpacked event in Berlin.

Samsung aims to capitalise on the growing interest in the VR space driven by accessible headsets from Oculus Rift, now owned by Facebook, and Google Cardboard, a cardboard VR attachment made by Google.

Intended as a companion accessory to the new Galaxy Note 4, the Gear VR works in a similar vein to Google’s ‘Cardboard’ in that the smartphone’s screen serves as the headset’s display.

The Gear VR includes a pair of lenses for focusing on the Note 4’s 5.7 inch screen, along with touchpad for controlling the action, and a fine-focus adjustment.

Sound is provided by the phone itself, which also powers the unit so no recharging of the headset or batteries are needed.

Samsung has partnered with Oculus Rift, a pioneer in the latest generation of VR headsets.  This means Samsung can rely on Oculus Rift’s SDK to help developers create new apps to run on the device, and apps and compatible content can be downloaded from the Oculus Rift app store, which will be available through and app on the Note 4.

Users can even make their own 3D virtual reality content with the Galaxy Note 4’s built in camera and a specialised app, but for more professional videos, a high-resolution ‘ladybug’ style camera is needed that can capture in 360 degrees.

When using the Gear VR, the screen looked fantastic with good adjustability and detail thanks to the Note 4’s Super AMOLED Quad HD display.

More importantly, there was practically no noticeable latency between moving your head and the virtual reality ‘world’  responding to your motion.

While the unit is a bit heavy, the head straps provide quite a bit of support and are quite comfortable.

We looked at a combination of simple games and a Cirque de Solei style theatre video, both of which really did feel surprisingly immersive. The theatre video was filled with interesting performances to watch depending on if  you were looking up, down, left or right and was a good example of how the technology can add to your experience.

Samsung intends the Gear VR as an ‘accessory’ for the Note 4, which can deliver a new dimension of immersive experiences, across gaming, movies and TV along with educational and commercial applications.

Cost should be under the $350 mark, and Australians can expect the Gear VR to be on sale this year.

Valens Quinn travelled to the Samsung Unpacked event and IFA show in Berlin as a guest of Samsung Electronics Australia.