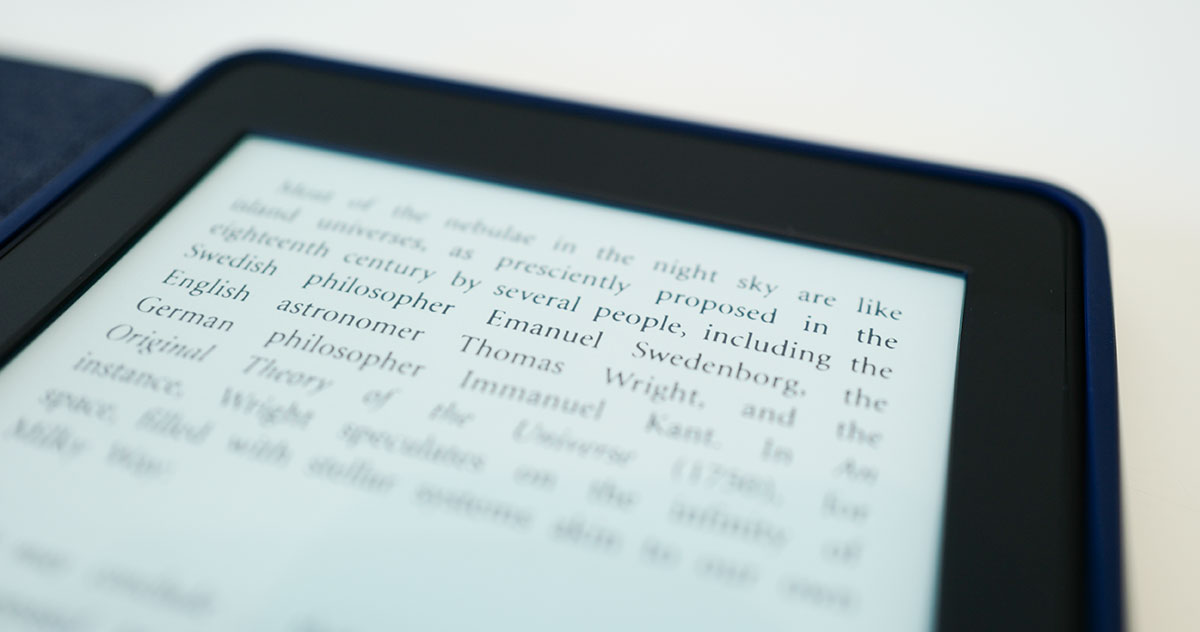 Hands-on with Amazon’s improvement to paper, the 2015 Kindle Paperwhite

The printed page may still be a winner for reading books, but electronic readers and tablets are certainly making an impact on how people read the titles they’re into, and if you like knowing your device is as sharp as possible, a new Kindle might be worth looking into.

That’s the feeling we’re getting this week after taking a look at a Kindle that has hit our review desk, so consider this a first look and hands-on from where we’re sitting of Amazon’s 2015 edition of the Kindle Paperwhite.

Most people are probably familiar with the “Kindle” name and how it connects to the eBook revolution that has been happening for a good seven years or so, when Amazon decided to change the world with the sale of digital books and an eReader that could get these files easily through Amazon’s own marketplace.

We’ve seen quite a few models over the years, with thinner bodies, optional keyboards to leave notes, and even software to let you take your books with you on phones, tablets, and computers, but this year, Amazon’s focus is on clarity.

Specifically, it is with a new clearer type of electronic ink screen than previous models have had, relying on a 6 inch 1448×1072 display that produces a whopping 300 pixels per inch, which should at least be on par with the printed word you get with a real book.

Few can probably tell the difference, beyond putting your eye to the page and scanning over the ink for yourself, and while Amazon’s new Paperwhite lacks the smell, the texture, and the feel of the page, it will still hold more books and likely provide an experience that is easier to read at night, and that’s because of brightness control.

In this Kindle is a front-light that you can control, and this is different from the typical backlighting technology you might be used to.

While a backlight does what it says — shines light at the back — the light in the Kindle Paperwhite kind of stays on at the front and never changes the viewing experience, feeling more like the paper you’re reading on — the electronic ink screen, that is — is just getting brighter when you decide to turn up the light.

For the Paperwhite model, this change in brightness doesn’t happen automatically, as this model lacks an automatic sensor, sending that over to the high-end model, the recently released Voyage.

Rather, you’ll have to control the brightness yourself, but from what we’re seeing, this feels almost like someone has given your eyes the ability to exert lighting control over every book, changing the brightness at a whim, and making it so you can read in any environment.

As for usability, this has changed a lot over the years, and while the first generation Kindles all had screens and buttons, these have since disappeared, with the Paperwhite looking and feeling more like a touchscreen slate, because that’s kind of what it is. With no buttons found here, you’ll be touching the screen to get it to do what you want.

You can touch the top of the screen to see the menu, providing font sizing, sharing features, bookmarks, the Paperwhite brightness control, and a home button to bring you back to where your books are, while taps inside the books on the left and right of the screen will let you go forward and back, and with a 6 inch body and a weight of 217 grams, this can be done with one hand comfortably. Gestures are even supported here, with a pinch to zoom reducing the font size, while a pull apart gesture — the opposite of pinch to zoom — increasing font size.

Speed appears to be pretty strong here, too, with virtually no delay between on and off when the power button is pressed below to switch the reader on and off, though if you end up with one of the Kindle Paperwhite cases, a magnet found in cover will take care of that for you, switching the eReader on when you flip open the case.

There’s one other thing worth talking about with this eReader: 3G.

With the release of this mid-range Kindle, Amazon has returned something we haven’t seen in quite some time in a Kindle electronic reader, with a worldwide 3G access available in one of the variants alongside WiFi, or just simply WiFi in the base model.

This inclusion of mobile access where ever you go does come with a cost of around $70, with the regular Kindle Paperwhite (WiFi only) fetching an RRP of $179, while its 3G/WiFi sibling comes in at $249, which might be too much of a premium to people only keen on buying books at home.

As to what 3G access can bring to a Kindle, buying books is obviously one thing, and we suspect that is one Amazon is quick to highlight as it can also include newspapers and magazines. This means even if you’re not at home or in range of a WiFi network you trust, you’ll still get your regular newspaper and magazines, while synchronising any notes you might have taken.

That said, there is a web browser here, but Amazon has been smart to make this feature require the WiFi connection, so don’t expect to have some free mobile web browsing around the world on Amazon’s dime.

For our dollar, we’d probably go without the 3G and save the extra $70 simply because so many of us have our own mobile connections that can be turned into a WiFi hotspot for the Kindle to use.

That said, if you’re travelling and are totally reliant on regular newspapers, this would at least guarantee the paper being delivered to your Kindle every day without issue.

Comparing it to another Kindle that we’re currently reviewing, the Voyage, it’s easy to see why the Paperwhite is so attractive, as it delivers the 300 pixel per inch display from the Voyage to a price point a good $100 cheaper.

That’s the interesting thing here: while the Voyage is Amazon’s premium eReader for this year, and pretty much sets the benchmark for the technology on offer, complete with a thinner body, light sensor for automatic brightness changing, and edge-sensor for page pressing, the Paperwhite is more or less the same thing but a little thicker — 7.6mm for Voyage, 9.1mm for Paperwhite — and a little heavier, too (around 30 grams).