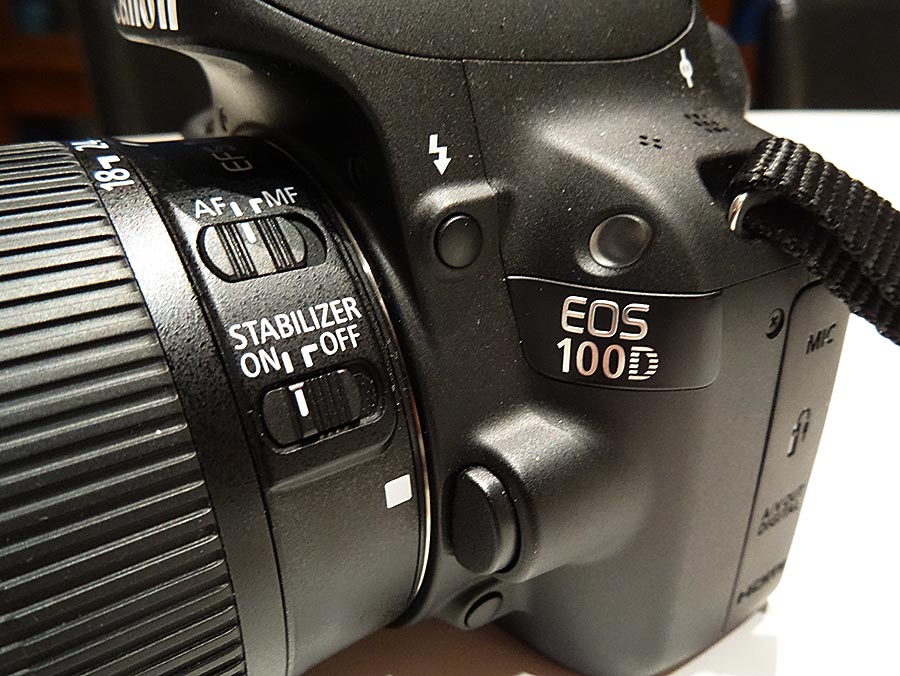 Sometimes we don’t get to spend as much time with gadgets as we’d like, but Canon’s 100D is one we wish we could spend more with, as it manages to be an entry-level choice that ticks all the right boxes.

The world of digital cameras is changing, and right now, the interchangeable market is an interesting place. While DSLRs traditionally dominate, there are more and more compact system cameras coming out, each forgoing the mirror box normally found in the traditional single-lens reflex camera, and replacing the entire assembly with a direct to sensor design.

Your viewfinder – if you have one – takes a feed straight from the sensor itself, and there’s no mirror mechanism to get in the way of shooting, making everything smaller.

Canon has one of these themselves, the EOS M, but it appears that the brand hasn’t settled on just having a mirror less model, showing off the 100D, the company’s smallest and most entry-level DSLR we’ve seen.

Aimed at the first time DSLR owner, Canon’s 100D looks to bring a whole heap to a table, including an 18 megapixel APS-C sensor, not quite the sensor found in its full-frame 5D Mark 3 brother, but still big enough to make an impact.

The 18 megapixel shooter takes RAW stills and shoots Full HD videos, and even supports speedy shooting at 4 frames per second.

Picking it up in the hands, we’re convinced that Canon has done its research, tweaking the ergonomics in such a way to make this one of the comfiest cameras Canon has produced to date.

It’s also very small, with a body size that starts to invade the territory of the compact system camera.

The body is made from aluminium and plastic, and while we don’t think it will survive much of a beating or drop, it won’t take a backpack too much at all.

Switch it on and you’ll find that either the viewfinder or 3 inch LCD are at your disposal, the rear LCD also providing touchscreen controls for menu and interface controls, as well as touching to focus.

While some touchscreen cameras only provide touch-based controls, Canon’s 100D also offers the physical controls we’ve come to expect, making it possible for both old school and new touch-enabled shooters to feel at ease.

Canon’s mode wheel also provides some cool features, such as a mode that automatically disables the flash (yay!), several manual modes, and of course the staple automatic modes compact camera users are used to.

Those of you keen to play with arty modes will also find multiple a creative art mode that offers numerous filter effects, such as a fish-eye mode, several black & white settings, and expressive colour modes, all of which will fire the effect-based photo as well as the regular one, showing both alongside each other simultaneously (below).

Indeed, from this brief hands-on, the Canon 100D appears to be a digital SLR that an upcoming photographer could really sink their teeth into and grow with, and that’s something worth applauding, and definitely worth checking out.