Hands-on with Dell in 2013: a sharp new Ultrabook, pint-sized Windows, and more 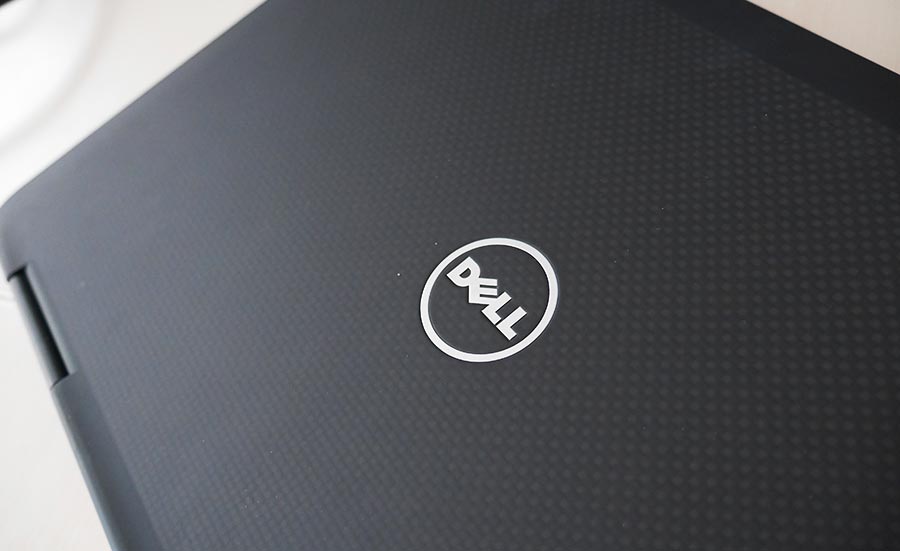 This week, Dell let GadgetGuy take a sneak peek into its line-up, with some hot new computers showcasing new tech ready for customers to take a look at from November onwards.

First we took a look at the new 11 inch laptop Dell has coming your way in the next month or two.

Named as part of Dell’s XPS range, the XPS 11 shrinks the Ultrabook to a point where it’s no longer just a laptop, but also a tablet.

This has to be one of Dell’s most intriguing propositions, especially if you haven’t worked out which device you want more: laptop or tablet.

The XPS 11 does this with an 11 inch touchscreen sporting the 2560×1440 resolution that sits on a new type of hinge that isn’t just able to lie flat, but can be pushed all around so that the keyboard becomes the bottom of the unit, effectively turning the machine into a tablet.

It’s an interesting design, and one that certainly has our attention, not just due to its creativity, but also because it’s really light and even in a pre-production build, feels extremely solid.

The screen also looks very good, and with a resolution that is four times higher than standard HD (720p) in an 11 inch frame, it’s sure to impress.

One things holds us back in the design of the XPS 11, though, and that’s the keyboard.

To make this Ultrabook as thin as it is, Dell has moved on past a tactile keyboard and included one based on a touchpanel, closer to what Microsoft released in its Surface Covers.

To Dell’s credit, there are raised keys here and vibrating haptic feedback, as well as the addition of sound to tell you when you’re hitting a button, but it doesn’t feel like a regular button-based keyboard, and so will likely take some getting used to.

Moving on from this little box is an even smaller box, and from what we hear, this is an area tipped to be ironically big this year.

This is the area known as 8 inch Windows 8 tablet computing, and we first saw a test of that when Acer gave us its W3 to review a few months ago. That device came with a neat form-factor, but we felt let down by the screen and — at the time — lack of keyboard accessories.

At the end of 2013, though, Dell is entering this space with a device of its own, the Venue 8 Pro, a device that will sport a similar form-factor with a new Intel Bay Trail chip, based on what Intel announced a several weeks ago.

Playing with one of the pre-production models this week reveals a nicely built device with an almost iPad Mini like front, a rubberised back that reminds us of what Toshiba did in its AT100, and a weight that is very comfortable to hold in one hand.

Of note, the screen was excellent from multiple angles, a complaint of ours on the Acer, and from the sound of things, Dell will also be making a keyboard case, for those of you who see an 8 inch tablet as more than just a content consumption device.

With schools being one of the areas this thing will be targeted at, we suspect that will be quite a few people.

The price also looks like it could be very competitive, with Dell telling us it should go for $449 when it lands in November.

An 11 inch model of the Venue (above) will also be made to a slightly higher spec, and will feature two types of keyboard docks, plus a larger dock with port replicator, though a price or availability hasn’t been named at this time.

Students will also be seeing a few decent computers aimed at letting them get on with the touch-based Windows 8 world, but without that massive price that laptops often come with.

We checked out the Inspiron 11 3000, which looks to be Dell’s little starter and packs in enough technology to give students something to work with, though not enough to make it a hardcore powerhouse that an Alienware or XPS computer might offer.

There’s a fresh design here with silver plastic dominating the exterior, but in the hands, it’s quite comfortable to hold, and isn’t overly heavy.

From a hardware point of view, this isn’t a beast, demonstrated by the inclusion of an Intel Celeron processor, 2GB RAM, up to 500GB of hard drive space, and enough connections to make it connect to just about anything.

Also here is an 11 inch touchscreen, making the laptop suitable for Windows 8, which as many know, tends to prefer the touch of a finger to a flow of a mouse stroke.

All in all, we’re reminded of a machine we took a look at last year, the Asus Vivobook F202E, if only because it seems like a Dell interpretation on that theme. Still, with a starting price of $499, it seems like its well suited to students, though we’ll be keen to get it in to review to see how it stacks up.

Finally, there’s a big screen coming as well, but it doesn’t exactly match up to what everyone can afford, with Dell showing off a whopping 4K monitor.

Measuring at 32 inches (we suspect it’s actually 31.5, but hey, why not round up), the Dell UP3214Q is the company’s first Ultra HD display, and fittingly enough, it sits under the brand’s Ultrasharp monitor range.

Testing it this week, it does look very, very nice, and sports the eight million pixels we mentioned earlier in the piece that a 4K Ultra HD screen typically supports, which equates to four times that of 1920×1080.

This massive display won’t be for everyone, and we expect that the people who will need it most will be those creative types working in design, photography, 3D, and video editing. That said, given the price, they’ll want to put some money aside, as it’s expected it will be over the $3000 mark.