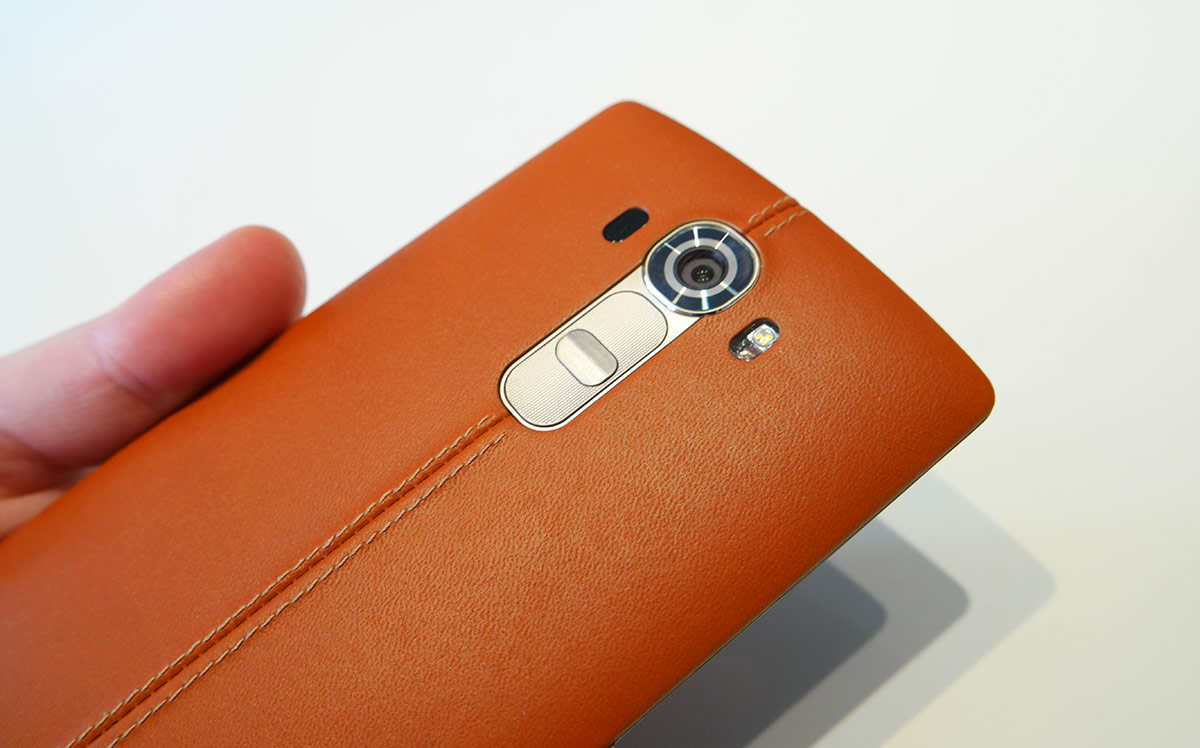 The fight for a 2015 flagship phone is strong this year, and LG plans to offer some strong competition with its G4 smartphone. But not the G Flex 2, because that’s MIA in Australia.

If you’re in the market for a new phone, chances are you’re trying to work out what precisely matches your hands, clothes, and wallet.

We say hands because the sizes are all different, and clothes because depending on the size and materials used in the phone construction you might go for something less angular or with a specific material that matches who you are and what you wear. And wallet, of course, because they all cost something different.

And with LG this year, the company is going for all of these aspects, with a price that gets close to the other brands while still offering a heap of features, and a material that matches your clothes properly, plus a screen size that aims to finalise that middle ground between flagship handset and phablet.

Playing with the G4 briefly this week, those are some of the feelings we’re getting from the G4, with a continuation of the 5.5 inch screen size from the G3 but a slightly difference screen with a very slight curve to go with the contour of your leg when you throw it into your pocket.

In a way, it’s reminiscent of the G Flex smartphone, that phone you could push down with your fist or sit down on and not find it broken.

That’s not what is going on with this curve, and talking to LG’s people about it, they don’t recommend you do such a thing as the G4’s screen isn’t flexible in the way it was on the G Flex, just curved to provide a nice looking display and a hint more resistance to drops because there’s now just a smidgeon of wiggle room when the phone meets a harsh corner at a speed.

Again, don’t drop the handset, but this should survive a little more than the previous generation.

The back, however, might look a little different when that happens, and that’s because it is leather.

This isn’t like Samsung’s “leather-look” plastic back that dominated the Note handsets for the past couple of years, but real leather, complete with stitching. We’re told it takes around 12 weeks to make the leather LG is using, with vegetable tanning employed to preserve the pattern in the leather, and that this process of making a genuine cowhide leather back for a phone is totally new for a phone company.

In the hands, it’s comfier than you might expect, though you do need to know that the leather LG is using is just sitting atop plastic. That makes the G4 still technically a plastic phone like its G3 brother, though at least it’s plastic with leather. You can change this, mind you, because with the leather backed edition, LG is also including a plastic cover in case you’re not in the mood for that leathery look, or you have a better reason altogether.

One area that does grab us is the 16 megapixel camera, which not only can save RAW in images in Adobe’s DNG (“Digital Negative”) format, but also can let you play with a manual mode for ISO and shutter speed control. That’s neat, and means you can really get some solid photos out if you know what you’re doing, though the aperture does tend to be fixed at F/1.8, which is the lowest for any phone and should bring in a decent amount of light, but again appears to be fixed which is an interesting inclusion.

Overall, it looks like an interesting little phone with its fair share of positives, such as the included microSD slot and high-resolution Quad HD display, as well as some negatives like the omission of wireless charging, a feature that was present in the G3 but not here in the G4. Two steps forward, one step back.

The G4 also does appear to be LG’s only major phone release for the first half of the year, with Australia not on the list to get the second-generation G Flex, one of the phones that came out of CES earlier in the year, not Mobile World Congress.

That second-gen flexible phone was to bring a sharper screen, a more grunty processor, and some better battery life, but we won’t be seeing it locally, with LG’s local people telling GadgetGuy that it wouldn’t be arriving locally.

What will be, however, is another smartwatch, the LG Watch Urbane. This one is more or less the same as what LG first showed us in the G Watch R, but with a more polished metal look, and a design that is meant to go with the more fashionable side of life, offering stainless steel bodies in either a mid-grey silver or rose gold (copper for the rest of us).

Nothing else has been changed, though, and LG hasn’t added an ambient light monitor or brought in a metal strap, though you can, if you want, bring your own because this follows the standard 22mm replacement strap size.

LG does say that the Urbane won’t get here until later this year — August is our bet — which is a good month or so after the LG G4 arrives, which is likely to hit stores in mid-July.

As for pricing, it’s close to Samsung’s 32GB Galaxy S6, with LG telling us that it will likely fetch around $929 with both a leather and plastic back, $869 for just the plastic back, and optional extra leather backs for a good $50 or 60, though these prices are subject to change.

You can look for our review soon, though, because you can bet we’re anxious to put this thing through our tests.