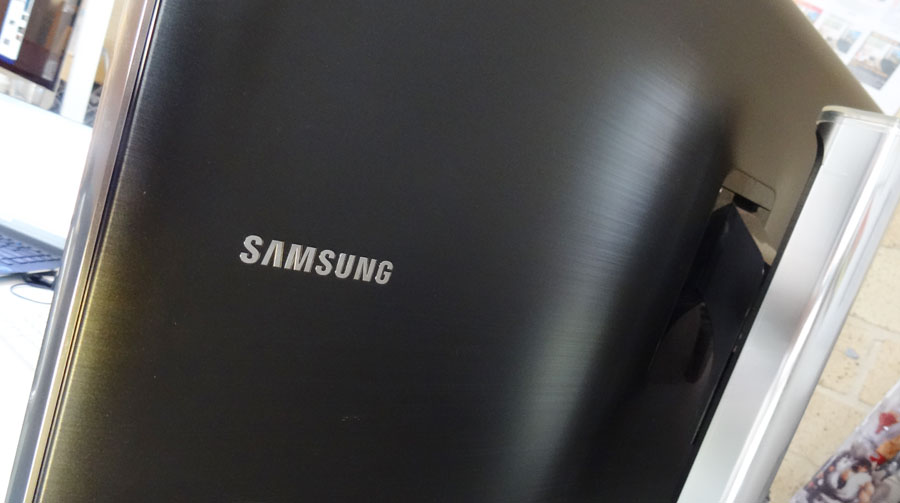 Small monitors just aren’t things anymore, and with LCD screens now the most normal display for computers, you can expect them bigger and better. Samsung’s 27 inch aims to be among the best, delivering some industry class colour in a package that drips style.

At $1199, Samsung’s SB970 doesn’t try to be cheap, packing in some best in class hardware with a design that will make most desks look awesome.

We’ve been playing with the screen this week, seeing what it’s capable of, and so far, we’re impressed, with a competitor for Dell’s much loved Ultrasharp 27 inch to be found in this model.

Checking it out, it’s best we start with the design, because this isn’t your typical monitor, with more attention paid to it than the typical black framed something that you could find at your local office supply store.

There is a black frame here, sure, but it’s accented with a chrome metal finish around it, connecting to a metal stand that connects to a base that looks like it’s been made of circular brushed metal, too.

That stand is also very useful, as it allows you to push the screen up at different heights quite easily, though it doesn’t offer pivoting, so there’ll be no portrait screen use here.

Samsung has made the screen very shiny and glossy, but it’s still usable in sunlight, and in some ways we’re reminded of Apple’s iMac, with a panel that hasn’t been pushed too far back, and is close enough to the glass at the front to be bright and clear.

The resolution is spot on identical to what we use in the 27 inch iMac, and that makes it perfectly matched, too, with 2560×1440, which is big enough for us, especially with two evenly matched screens, at least in desktop real estate.

Looking at the colour, there are five built-in profiles, one of which will automatically give you sRGB, and another which will use some smarts to actively calibrate the screen for what Samsung views as natural colour. In this mode, we found the blues to be less intense from what they were on our test iMac, with a touch more red and some strong greens.

It’s a lovely image, but if you’re doing colour sensitive work, we’d still suggest to bring your own calibration system, as the differences between our iMac and Samsung screen were noticeable.

The controls for this monitor are simple, and not on the frame, which is a nice touch since monitors normally leave them there, forcing you to poke and prod the frame, jiggling it all throughout.

They are instead on the base, and the icons even make some semblance of sense, better than the dots we so commonly see on other brands, with on-screen explanations that too work.

The location of these make them easy to use, and minimise your contact with the screen, which is good because as sturdy as the SB970 is, the more you touch it, the more it jiggles.

Possibly the best and worst things about this monitor, though, are its placement of connections.

There are quite a few different source options to plug in from, DVI, DisplayPort, and HDMI, with a cable in the box for MHL HDMI, and even a few USB ports to use.

Unfortunately, all ports are on the base of the unit. For some people, this could easily be a positive thing, since it will make the cable controlling far easier, with less wires poking out from underneath and ruining the look and feel of the desk.

If you’re often plugging things in and out, however, it can be just as hard to get at as when the ports are on the back of the monitor, where most displays have the selection, thanks to that massive display now in the way of your head.

We’re also not sure we agree with the price, and at $1199, Samsung is approaching the price tag of 30 inch displays, and is a few hundred higher than the maximum price of other 27 inch monitors, some of which boast even more ports.

That said, the SB970 is a nice display, but at over a grand, we’d look at all the options before outright settling.