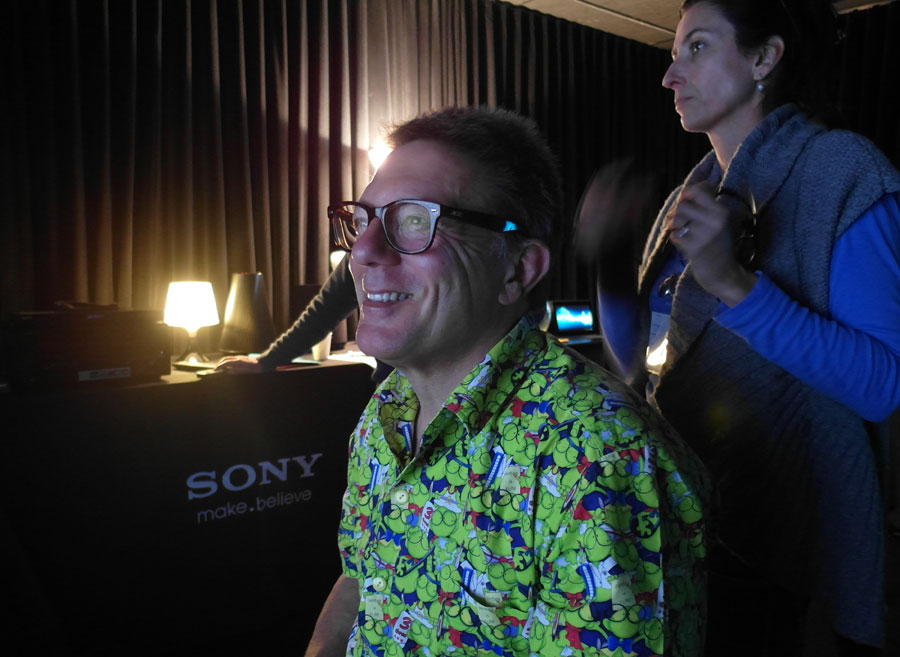 You thought your Full HD TV was awesome? Wait until you see what the world of televisions has in store for you when we go hands-on with the next generation of high definition TVs: ultra-definition TV, or UDTV.

Announced last week at IFA in Germany, UDTV is literally the next big thing as far as TVs are concerned.

The new technology features a whopping eight million pixels and is roughly four times the resolution of Full HD, delivering 3840×2160 resolution and what is currently unparalleled picture quality. This higher definition picture comes with a new name – UDTV – and should be comparable to the picture quality seen at your local cinema, albeit on a smaller scale.

Both Sony and LG announced 84-inch models last week, but this week, it’s Sony that is letting us go eyes-on with the first model to land on Australian shores, and wow, is it impressive.

At 84 inches, the new TV is one of the biggest things you’ll ever put your eyes on for your home, and this thing is supposed to go in your living room.

Like an Imax for your household, the screen is simply massive, showing a breathtaking level of detail that will absolutely blow your mind.

When shown a bustling European street, we could make out what was on the menu. When shown video of a beach, we could see grains of sand.

Detail is certainly this thing’s best friend, with the screen rating as one of the clearest displays we’ve seen in, possibly, ever. Sony loaded a newspaper spread on the screen and we were able to read it from over a metre back, without any problems, practically highlighting just how clear the screen was.

For our demo, the source content was all shot in 4K, so unfortunately, we weren’t able to see what the upscaling was like, and that’s going to be an interesting test.

With pretty much zero 4K content available – and not expected for a while yet – the Sony 84 inch 4K Bravia will have to upscale content, and Sony says its X-Reality Pro engine is up to the task, which is good considering the Blu-ray disc format will have to be updated to take the larger video size or people will be forced to download massive video files.

Some movies have been shot natively in the 4K resolution already, including the recent Batman trilogy directed by Christopher Nolan including “The Dark Knight Rises”, David Fincher’s “The Social Network”, Neill Blomkamp’s “District 9”, and Ridley Scott’s “Prometheus”. With that in mind, most new movies are being filmed with digital in mind, allowing filmmakers to stay ahead of the game and provide movies that will be displayed well on current and future TVs.

For now, the main issue with the 84 inch 4K Bravia is that it’s not available in Australia, with Sony telling us that it will be heading to stores by the end of the year.

Don’t expect it to be inexpensive, however, with no confirmed price and initial reports suggesting that Sony’s first UDTV could cost between the $20,000 and $50,000 mark.