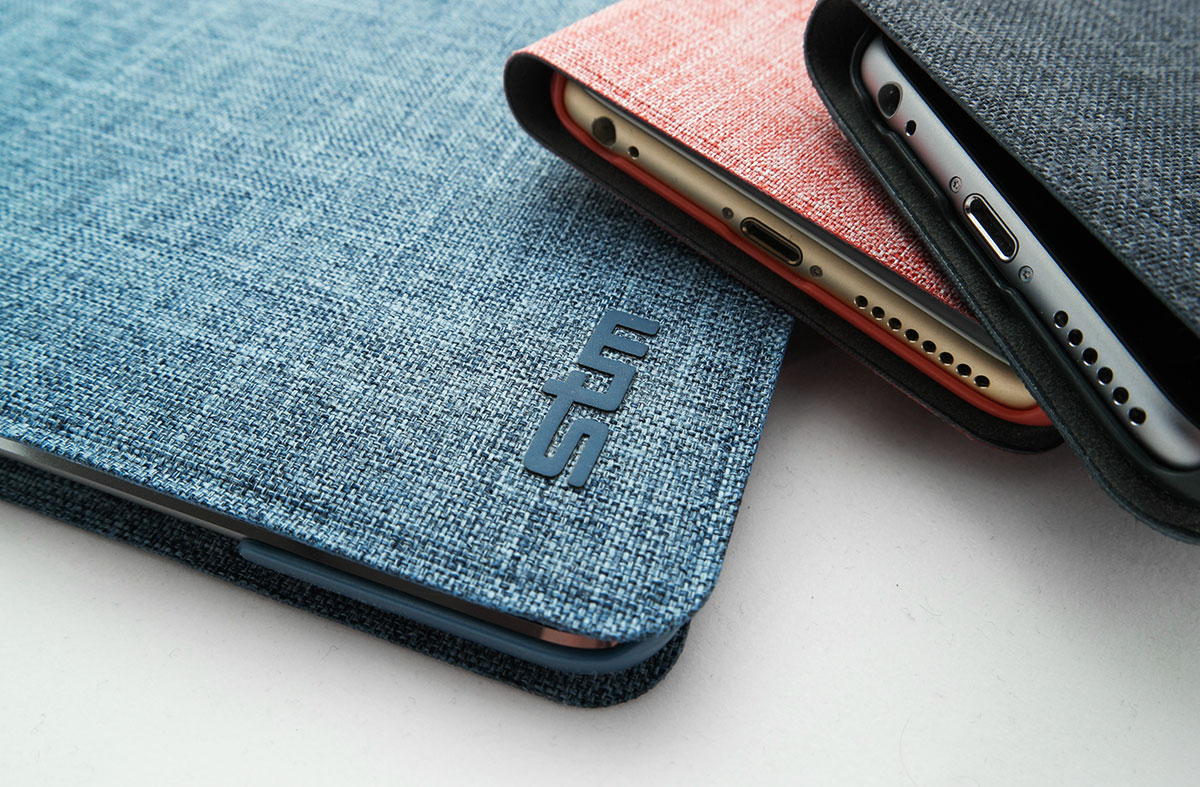 Forget the leather, plastic, or pleather in your life, because if you’re an owner of one of the world’s most popular phones, you’ll be able to skip the standard material choices and see something else, something more urban.

That slightly more urban take on devices is to embrace a style of clothing so many Australians rely on from day to day.

Much like the jeans many of us wear day in and day out, STM Bags is tackling the woven fabric by applying its rough and durable texture to that of phones and tablets, or specifically the iPhone smartphones and iPad Air 2 or iPad Mini 4 tablets.

Tested this week, STM’s “Atlas” range isn’t very large, existing for only recent iPhones carrying the number “6” next to their name, or the two aforementioned models of the iPad, but it does offer a look unlike that of any other case we’ve seen.

Simply put, it’s a fashionable take on the standard case that doesn’t try to be any other plastic case, nor does it falsify its existence with a fake leather or even something real.

It is denim, simply put, offering the iPhone and iPad something to grip that feels coarse between the fingers when grasped, and yet still solid enough that you can have no fear that nothing will penetrate that flap and dirty your device up in the process.

Stand support is folded into each of the variants, and owners of the iPad Air 2 and iPad Mini 4 will find an easy way to fold the fabric back into its casing to reveal a way of standing the tablet up or giving it a sturdy slope to type on, which is handy.

But the owners of an iPhone variant will find something even more useful: suction cups.

Yes, it’s not enough that we get to see and feel the denim of our clothes applied to the casing of our phone, but STM has been kind enough to add a little bit of suction power to the iPhone casing.

While other flip-shut phone cases we’ve seen offer magnets to shut the iPhone case down, STM’s take on this concept is to bring a couple of tiny suction cups into the design to hold the flap down on the iPhone so the screen is protected, holding the flap in place.

Inside the flap, you’ll find slots for two cards, handy for those of us carrying the odd transport card and maybe something else, but those suction cups don’t get in the way of these, either, locking the flap in place until you decide to pop it off with the pleasure of a suction sound being broken.

The Atlas case can also be used as a stand, and while STM doesn’t mention specifically that the suction cups can be used as a way of stopping the phone from sliding, we found they work in that capacity, too.

Overall, the design on these is great, with a plastic casing holding the iPhone or iPad in place, while a coarse texture makes each hard to grip. We’re also big fans of the fact that neither picks up grease or sweat marks all that easily, skipping over them as textured cotton often does.

But perhaps more importantly is the fact that this flip case variety exists for the iPhone 6 Plus and iPhone 6S Plus.

Maybe we’re just interested in the little things, but finding wallet-style cases for Apple’s larger phones appears to be more difficult than it should be, with the majority of manufacturers making these for the standard sized iPhone, but not its bigger brother.

With the Atlas, however, STM has made it work for either variety, regardless of whether or not you have the “s” attached to your phone or not.

This is one style of cases we’d recommend, though we’d love STM to make it for more devices, because you shouldn’t need to have an iPhone or iPad to see this style of design in your life.