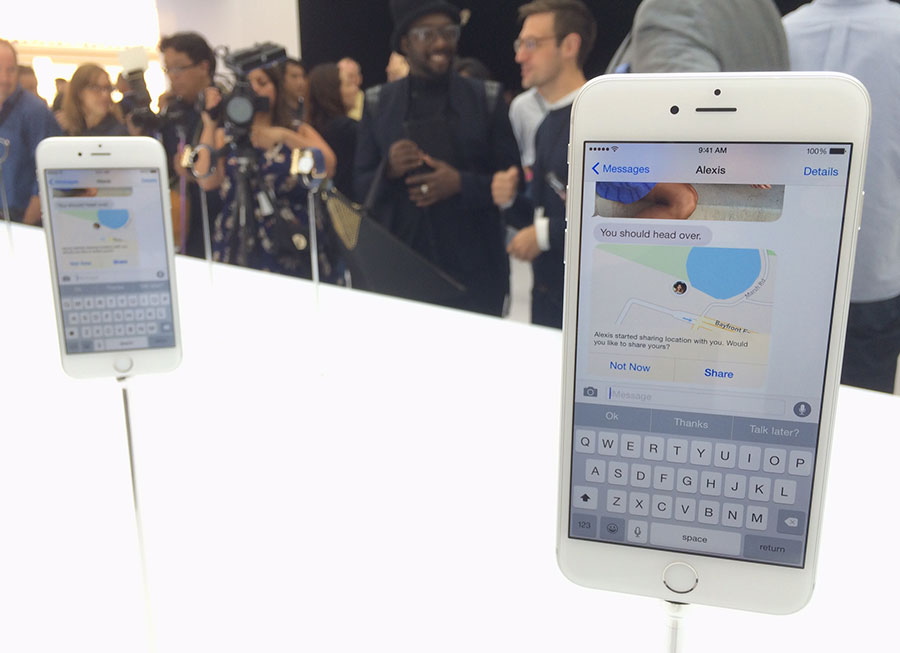 Hands-on with the all new Apple iPhone 6

Few Aussie publications have seen it with their own eyes, but GadgetGuy’s Valens Quinn was on location at the launch, and has been lucky enough to get his hands on the iPhone 6, and 6 Plus at the launch in Cupertino, California.

While we haven’t spent long with it, our first impressions of Apple’s new iPhones are good, and it’s clear that Apple has kept up with its usual high standards of fit and finish.

You can expect the same colours as before, though, with the usual assortment of space grey, white and silver and then gold.

But the most obvious physical differences don’t come from that soft shape that has changed so much from the iPhone 5 and 5S.

Rather, the big changes are noted in the larger screens and the repositioning of the power button, which is now on the side to make it easier to grip and switch on and off, and helps to make the new iPhone models feel smaller, despite their larger displays.

With more screen real-estate, apps can now be used in a landscape position, which makes the iPhone 6 better suited for showing more information, or longer information.

For example, iOS 8’s Calendar and Mail apps will reposition their info panels when holding the phone in a landscape mode.

From our short time, we also felt that the new iPhones are very responsive, which likely comes from that new A8 processor working underneath.

As we used the handset, we couldn’t see any perceptible lag when opening the camera, which is a good thing when you need to grab a quick photo.

While our time with the iPhone 6 was brief, overall, these larger phones look good to meeting the demands of customers looking for a bigger iPhone experience, and are bolstered by a robust feeling, all the while keeping the seven millimetre thickness making them easy to throw in your back pocket.

If only we could have walked off with one of our own.

Valens Quinn travelled to the Apple iPhone 6 launch in California, USA as a guest of Apple