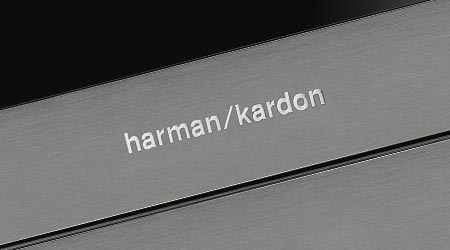 The Harman Kardon AVR 660 does not support 3D video … as I write. But a firmware upgrade is promised for September 2010 to add this capability. Harman Kardon says that this will be as simple as downloading the firmware to a USB stick, putting it into the receiver, and running a routine to upgrade it.

What won’t come until next year’s new models – presumably because it requires hardware support – is the Audio Return Channel. This is a convenience, to be sure, but its absence shouldn’t really be a deal breaker.

What you get instead is Harman Kardon’s bullet-proof audio performance. Yes, I know it claims a mere 75 watts for its channels, but unlike most brands, that is 75 watts from all seven channels at the same time. Generally brands base their power figures on only two channels running. You are unlikely to find either a set of loudspeakers or a volume level that will trouble this receiver.

The receiver is a little old-fashioned in not bothering with Dolby Pro Logic IIz and having only four HDMI inputs, with all of them on the rear panel (it has a wealth of other inputs on the front). But there are stacks of traditional home theatre inputs, and enough control connections to ensure that any installer will be able to make the unit fit into any automated system.

The music-over-the-network feature worked well (you have to have Windows Media Player or some such installed to act as a DLNA-style server), as did the Internet radio station.

The video worked well too, in the pre-upgrade version of the receiver I used. This allowed video scaling up to your display’s resolution. We shall have to wait to see how the 3D performance goes.