Has the RCA cable disappeared? 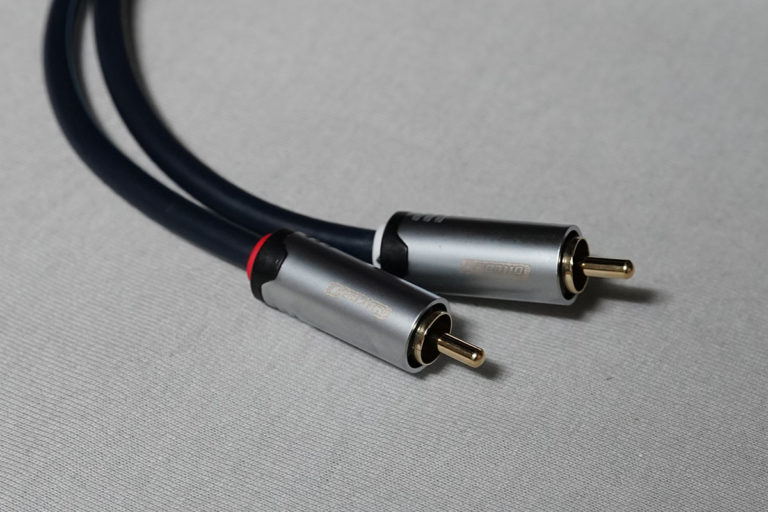 We live in weird times. Today I went to what purports to be a hifi shop – hey, it’s in the name! – to buy the most common of audio cables. That’s the good old stereo RCA cable. And they didn’t have one. It wasn’t that they’d sold out. They didn’t even have a space on the rack for one. What’s going on?

I’m planning to review a very interesting bit of kit in the near future. It’s so interesting, and I think that it will be so useful, that I bought one to review and to keep. I felt it would work best with two sets of RCA cables. A very short set for input, and a shortish set for output. Most of my cables are somewhat longer than I wanted.

So I went to a shopping mall here in Canberra. It’s the one we called Woden Plaza, although I understand it has been rebranded several times over the years. (Formally, it’s now Westfield Woden Shopping Centre.) Last time I’d tried to buy analogue cables at a Good Guys, they didn’t have any.  But there’s a JB Hi-Fi at Woden, so that’s where I went.

And there on one wall was a panel with JB’s usual black and red texta on yellow cardboard sign atop it: “Audio Cables”. It had 3.5mm to 3.5mm cables. And USB-C to 3.5mm. It had twin RCA plugs on one end to 3.5mm sockets or plugs on the other end. On one hook there was a two-prong airplane headphone adaptor. And even a couple of different lengths of mono RCA to RCA were there. But the most common analogue connection for full grown high fidelity and home theatre equipment? None.

I asked a staff member. Nope, he said uninterestedly, that was all they had. I checked throughout the store anyway. No luck.

Well, there was a solution to that: Jaycar Electronics in Tuggeranong. They had precisely what I was after: this and this. (I could have gone to a real high fidelity store, but I figured that it would be difficult to get out without spending a few hundred dollars on the cables. And I’m not one to think that audiophile cables do anything beyond empty one’s wallet.)

Since I was in the area, I checked out the Tuggeranong JB Hi-Fi as well. Yes, it did have stereo RCA to RCA cables. One variety. Four metres in length.

No, analogue audio has not died completely. Indeed, I’m in the process of reviewing a rather nice turntable, and have not long since finished reviewing another. You can’t get much more analogue than that. But it does seem that doing such a simple thing as buying a once-common analogue cable is becoming really rather difficult.

Thanks, goodness for Jaycar. Which, I notice, is finally remaindering the last of its S-Video cables. And that’s a connection standard which has been well out of fashion for a decade.