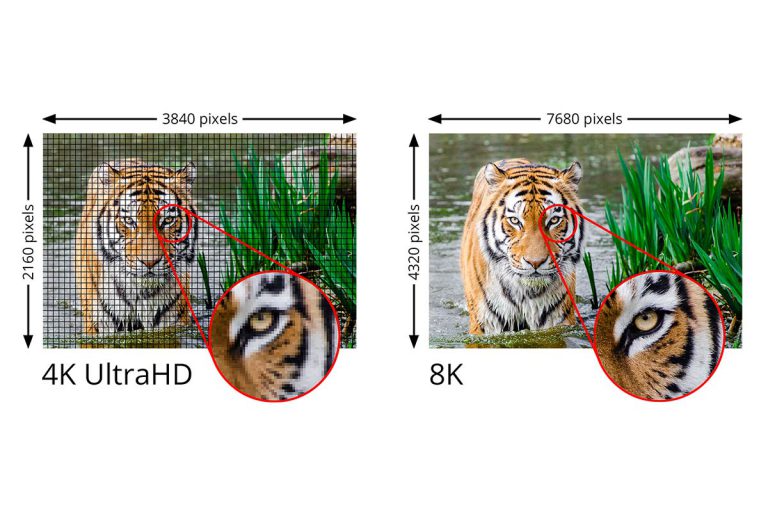 Perhaps it’s time to change the name. HDMI stands for “High-Definition Multimedia Interface”, but for some time it has supported Ultra High Definition, and now it’s going beyond even that. The HDMI Forum – an industry group that defines standards for HDMI – has released the specification for HDMI 2.1, with major enhancements for both home theatre and gamers.

Actually, it even goes beyond that, to 10K. That’s 10240 by 4320 pixels. But that one’s in there primarily for commercial applications.

HDMI 2.1 pushes that to 120 frames per second at 4K. We’re unlikely to see a new version of Blu-ray supporting that any time soon. Probably never. But gamers are in for a treat. No longer will there necessarily be a trade-off between great resolution and the speed of the display.

And even 8K will go to 60 frames per second … and 120 frames per second with a feature new to HDMI 2.1: DSC (which stands for Display Stream Compression). The digital video on all forms of home entertainment is heavily compressed using “lossy” algorithms. Very heavily compressed. DVDs generally get something like a 20:1 compression ratio. That is, there is twenty times more video data produced when the signal is decoded. Some Blu-ray discs go as far as 33:1.

Until now, video has always been uncompressed on HDMI. That is, the player decodes the video to its full 20x or 33x size, and that’s what the cable carries. But even the new “Ultra High Speed HDMI Cable” can’t carry 120 frames per second at 8K, so version 2.1 has adopted Display Stream Compression from the Display Port specification. This applies what’s called “nearly lossless” or “visually lossless” compression to the signal, achieving a relatively mild compression ratio of up to 3:1.

In addition to providing many more pixels, HDMI 2.1 supports a new, improved form of HDR – High Dynamic Range. It’s called “Dynamic HDR” and from what I’ve been able to work out, it is much like the existing HDR standard except that it adds dynamic metadata. Huh?

Metadata is additional data that goes with a signal and tells the receiving device how to treat the signal. Dynamic HDR could have metadata which specifies different ranges of brightness for the main signal, even down to differences for every frame.

This should not be confused with Dolby Vision. It also does the same with dynamic metadata, but Dynamic HDR seems to use 10 bits for 1024 levels, while Dolby Vision uses 12 bits for 4096 levels.

If you have a soundbar connected to your TV via HDMI, there’s a good chance you’re using a HDMI feature called ARC, for the Audio Return Channel. Most TVs have one of their HDMI inputs labelled “ARC”.

When it was first introduced, HDMI was a one way cable. The video and the sound would go down the cable from DVD player to home theatre receiver. The receiver would pull out the sound and decode and amplify it, and send the digital video on down the HDMI cable connecting it to the TV. ARC allows sound to go back the other way. So if you’re watching a free to air TV show, or Netflix on your smart TV, the digital audio can be sent back down the same cable to take advantage of the much better sound from the home theatre system or soundbar.

But it has so far been limited to standard stereo, or low bitrate surround sound formats like Dolby Digital. HDMI 2.1 introduces eARC, which offers two significant advances over ARC (and, no, I haven’t been able to fine out what the “e” stands for, although I’d guess “extended”).

First, eARC can carry multichannel uncompressed (PCM) audio. That’s up to 7.1 channels. And also it can carry things like Dolby True HD and DTS-HD Master Audio and Dolby Atmos and DTS:X.

With most systems, TV images take longer to process and display than it takes for the audio to be processed and played. That can lead to a mismatch between picture and sound. HDMI has for years included an auto lip sync feature, where the display tells the audio device how long it takes to display a picture, and the audio device delays the sound to match. But it seems to be implemented only on around half of all displays. Making it mandatory should make for a better overall experience.

As you may have gathered from the last paragraph, video can be slow to appear on the screen. How slow? My measurements suggest that a typical UltraHD TV with its standard picture mode employed will typically take between 100 and 150 milliseconds. Doesn’t sound like much, but that’s a tenth of a second or more. If you’re playing a first person shooter game, that will add something like thirty percent to your reaction time.

And that can make the difference between winning and losing.

Incidentally, the word for that delay is “latency”. “Low latency” means reduced lag or delay.

With HDMI 2.1 comes several enhancements that should help. The details of these are technical, and largely unavailable to those who, like me, are not HDMI licence holders, so I’ll just more or less repeat what the HDMI Forum says.

There are several “enhanced refresh rate features, to add a higher level of “smooth and seamless motion and transitions for gaming, movies and video”. They include, and here I quote:

There also an “Auto Low Latency Mode” which seems to determine the best balance between speed and smoothness.

Anything that makes things smoother and faster for gamers is well worthwhile, and HDMI 2.1 seems to do that. Undoubtedly the new eARC function will please those who’d rather plug their UltraHD Blu-ray player directly into their TV and have the sound passed from there to the external audio equipment. They’ll be able to get the highest quality sound with HDMI 2.1. And it’s quite possible that streaming services like Netflix might offer higher quality audio at some point in the future.

But what about 8K? Won’t that make the picture even sharper?

I doubt it. Or, at least, not for a very long time. I’ve been closely examining picture quality on home entertainment media for many years. The improvement from VHS to DVD was absolutely astonishing. It’s not in the least surprising that VHS has effectively disappeared.

The improvement from DVD to Blu-ray was marked and generally impressive, and so many classics and most new major movies are released in the format. But DVD hasn’t disappeared, and indeed there are many smaller titles which are released on DVD alone. Blu-ray is successful, but it hasn’t displaced DVD.

I love UltraHD Blu-ray, but the differences between it and Blu-ray tend to be subtle, and the higher resolution is only very occasionally apparent. UltraHD Blu-ray actually has enough resolution to faithfully capture everything shot on film for the great majority of traditionally filmed movies. And it exceeds the resolution of many recent and current digitally shot movies.

Which suggests, 8K may not offer very much at all for the home theatre fan.