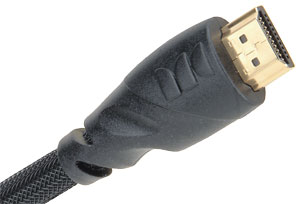 With IFA on, you can expect a bunch of TVs and HiFi systems, and the group responsible for making the High Definition Multimedia Interface – you know it as HDMI – has announced a new version is coming.

It’s hard to believe that HDMI has only technically been a version one product for the past decade.

Oh sure, we’ve had revisions here and there. It was upgraded to support more bandwidth, support for 3D was added, and 4K could actually be run through its cables.

There are also the smaller HDMI ports on offer, such as mini HDMI, microHDMI, and of course the MHL ports on smartphones, which can transmit HDMI through a microUSB port which is commonly used to charge a smartphone and send data to and from the device.

This week, though, there’s a new version of the HDMI standard, and yes, we’ve finally hit 2.0.

Ten years later, HDMI 2.0 will support more bandwidth – up to 18Gbps, in fact – and will even play back 4K at higher frame rates. More audio channels will also run through the cables, and from what we hear, the plugs and cables won’t need to change.

“Our members collaborated closely to take the highly successful HDMI Specification to the next level by expanding audio and video features for consumer electronics applications.”

Expect the cables later this year when there are coincidentally more 4K TVs to choose from. You may have to buy new cables to use them, but if you’re dropping five, ten, or twenty grand on a 4K TV, we’d kind of expect it.