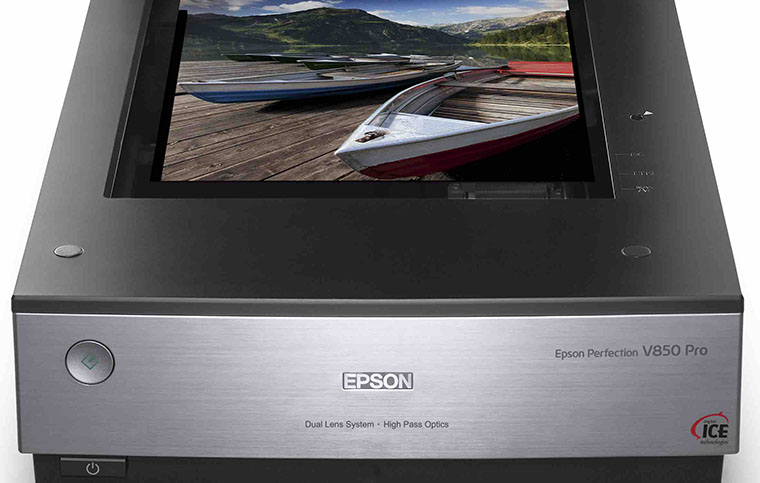 When future historians look back on the imagery of the past, they’ll see two major discontinuities. The first took place in the second half of the 19th Century, when photography was invented. The second in the first decade of the 21st Century with the advent of digital photography. The first from nothing to something. The second from something to ubiquity.

But how many of the images of that first phase will be lost? Of those made digital, how many have been poorly transformed? Perhaps we’d better get cracking on it now. And for that we need quality image scanners.

I for one am very sensitive to the issue of reliability. I spent a year struggling with a brand new, major brand (non-Epson) scanner, with it frequently dropping out part way through page scans, and needing to have its USB connection pulled and reinserted to reboot it before just about every job. Finally, while attempting to scan a few dozen photos, my frustration levels made me cave and I replaced it with an Epson Perfection V370 Photo. Complete reliability ensued, along with a revelation. That other scanner had been making the computer’s whole USB system flaky. Other devices which had been playing up, all also resumed working perfectly.

As for accuracy, the scanner supports 48 bit colour – or 16 bits for 65,000+ levels for each colour component in RGB – and it has a rated optical density of 4.0, which means it can capture every nuance of brightness from complete white to total black.

Finally, speed: for a highest quality scan it takes 15 seconds a page. A preview scan takes six seconds. Efficiency is improved by the inclusion of four frames for holding photos, negatives and slides. There are three strips for negatives on the relevant holder, and for slides a dozen are held.

The scanner can process the image to remove dust, speckles and scratches and restore quality colour, contrast and life to faded prints. It comes with full control software, plus LaserSoft Imaging SilverFast SE Plus for photo editing and improvement, including de-screening. (De-screening you ask? That’s for when you’re scanning something like a newspaper or magazine photo, which is made up of dots. It turns these into a smooth image.)

There’s also a Copy Utility, so you can scan documents and have them go straight to your printer as thought you were using a photocopier.

The Epson Perfection V850 Pro is available online from epson.com.au or selected retailers. The recommended retail price is $1399. If that’s a touch exy, there are several models with correspondingly fewer features and levels of performance down to the aforementioned Epson Perfection V370 Photo.