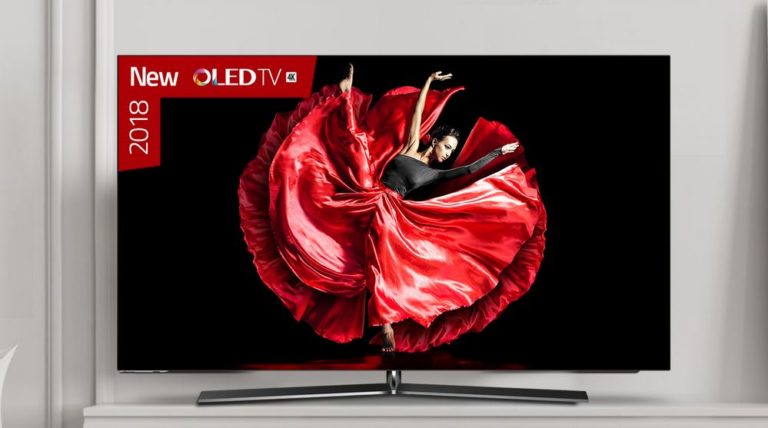 Hisense Series X OLED TV is its first attempt at OLED. It joins the esteemed ranks of LG, Sony, and Panasonic that offer a range of OLED TVs.

Ironically, like Hisense, all buy the panels from LG and add their take to the electronics, marketing, distribution and warranty. So, regardless of marketing hype, all the above brands offer signature inky black and OLED panel capabilities.

GadgetGuy was one of the first reviewers to spend some quality time with the Hisense Series X OLED 55″ – there is a 65” version as well. We ran it through its paces using various test software that reveals the strengths and weaknesses of any TV.

Let’s start by saying that for its first-generation attempt the results are pretty good. LG has been making OLED TVs since 2010 and Sony and Panasonic are onto their second-generation OLED TVs.

What is OLED good and not so good at?

OLED (Organic Light Emitting Diode) simply means each of the 4K, 3840 x 2160 (8,294,400) pixels is a little light. Switch it on (full or infinitely dimmed) or switch it off for perfect inky black. OLEDs have close to an infinite contrast ratio. OLED light shines through a Red, Green and Blue ‘emissive’ layer that products the colours and hues. If you have heard of the term AMOLED that simply means Active Matrix – every pixel is controlled separately.

LG is the master at making larger OLED panels. Rival Samsung is the master at making smaller panels for tablets and smartphones. OLED is a ‘hot’ product, and there are dozens of companies investing in OLED production plants. But it will take time before they can match the size or quality of LG TV panels. It was a wise move to start the Hisense Series X from that high base.

One downside to OLED is that its panels, regardless of brand, are highly reflective to achieve the colour saturation levels. OLED performs best where you can control ambient and direct lighting – in media rooms or darker rooms. Otherwise, LED/LCD or QLED are better in bright rooms.

Another is the potential for burn-in an image if a stationery image displays for a long time. Screensavers usually prevent that.

So, we start from that high base and assume that all LG 2018 OLED panel characteristics are similar regardless of brand. That means slim, glass panels, great off-angle viewing, HDR, wide colour gamut and great motion control. Note that this OLED does not have Dolby Vision (a superset of HDR or Dolby Atmos sound).

The first thing to look at is the processor – the brains to control 8.3 million little pixels and send them the right information. Hisense simply calls this a quad-core which is a refreshing change from marketing speak like Sony’s X1 Ultimate (before that it was Extreme and then just X1), LG Alpha9 (before that Alpha 8, 7 etc) and Panasonics Hollywood tuned Hexa Chroma Drive Pro.

My take after an hour or so was that the processor was quite good for the first attempt. There were no obvious faults in processing primary colours or movement.

When we ran the Chroma Bar test is was flawless in primary RGB (red, green and blue)

But it struggled to produce secondary colours like yellow, pink and white. This was also evident where the colour bars abutted each other – there was a very slight overlap between colours.

Screen uniformity of colour was excellent – DeltaE variation was similar to other brands.

Greyscale tests starting at zero black to pure white in 2.5% increments were good although the first 5% of black was the same – no big deal.

Motion tearing or judder was not evident. The panel has a 200 Smooth Motion rate which I understand is four times the 50Hz picture rate using Motion Estimation/Compensation. To do that it inserts black pixels (turns off an OLED pixel) or may insert a slightly offset copy of the previous frame.

Let’s not get hung up on technical jargon. – I suspect it is a 100Hz panel (it would he 120Hz in the US and places with 60Hz electricity) and it works well as most content is 24 frames per second – well below the native 50 or 100Hz panel capability. Again, other brands have their name for like TruMotion, AutoMotion, MotionFlow etc.

Video presets are Standard, Natural, Cinema, Dynamic, and Football. These add or subtract brightness and you will find Standard (slightly saturated) to your liking.

Let me say that regardless of the brand you get far superior results with a decent soundbar and sub-woofer. There is simply no way a minuscule speaker in a thin TV frame can produce the frequency response and volume needed to watch Dinosaurs in Jurassic Park.

Using a tone generator, it produces 84dB maximum sound peaking at 999Hz. It also shows a deterioration in signal quality although there is no appreciable harshness or distortion at 100% volume. It produces enough volume to fill an average 15-20m2 lounge room

The reality is that maximum movies and music volume will be somewhere between mid-to-late 70dB – a sound that busy traffic makes.

There are hints of upper bass from 200Hz, strong lower mids to 1kHz, slightly weaker upper mids from 2-5kHz, then treble takes over from 7kHz and then falls off a cliff from 10kHz.

The presets made a slight difference to the weaker upper-mids that normally produce the clearer voice effect. So, this is a mid-centric sound signature that is great for clear voice but not for blockbuster movies or music.

A 510W soundbar like the JBL 5.1 (GadgetGuy review here) gives up to 100dB (painfully loud) with room shaking bass kicking in around 40Hz and relatively flat (good) mids and treble to 15kHz. That costs $999, but for most users, the 3.1 version at $699 does what you need for Jurassic Park.

It has one USB 3.0 (for flash drive playback and recording) and one USB 2.0 port. SPDIF, 3.5mm headphone and Ethernet complete the ports.

Wi-Fi is AC dual band (great for 4K movie streaming or use the Ethernet port), and it has Miracast screen mirroring (not Chromecast but you could add a USB dongle).

Samsung TV Plus comes to Australia

Missing is Bluetooth which is a strange oversight given the popularity of BT headphones. OK for a few dollars you can get a BT dongle and plug it into the 3.5mm or SPDIF port.

The VIDAA U 2.5 smart TV OS also has an Android/iOS RemoteNow app. It is not as polished as the OS used by Sony (Android TV), LG (webOS), Samsung (Tizen OS) and Panasonic (My Home Screen) but it is getting there. By that I mean it does everything you need and has a third-party app store (uses Vewd).

The remote an old style ‘button for everything’ – many like that.

RemoteNOW works over Wi-Fi, so your TV and smartphone need to use the same Wi-Fi SSID. It can change channels, adjust volume, launch apps, adjust settings and use the smartphone screen keyboard to enter text. I found it intuitive and easy to use. It was quite quick, even more so than the IR remote.

There is also a gaming console mode that focuses the TV on gaming performance.

Hisense Series X OLED TV is a great first attempt. Before you say that is a backhanded compliment, and you would be right, there is a lot that is right with this set and little that is wrong. It is just the competition have had so much longer to work on theirs.

Hisense is a challenger brand. It wants to paddle in the same pool as the big brands, yet it has entry level series four 55” TVs at $1099.

So, if you are after OLED then LG, Sony and Panasonic OLEDs are superior by their experience. Next year watch out – Hisense Series X OLED may have caught up!

But if you have a typical lounge with lots of bright light then go for Hisense’s Series 9 QLED 65” (65P9) because there it really shines.