Hisense U9D turns up the light with 5376 dimming zones 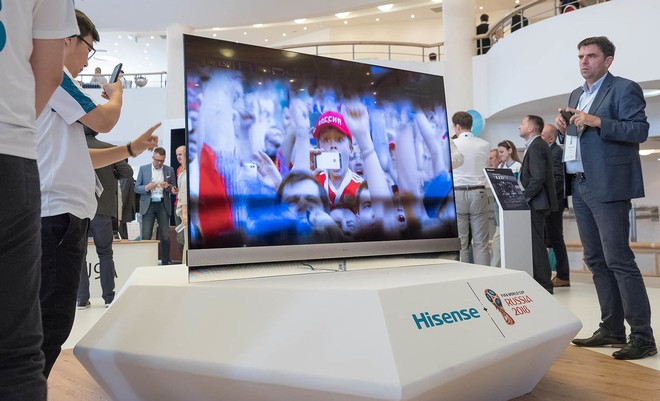 The Hisense U9D, is a 65-inch Quantum Dot TV with 5376 dimming zones. Delegates to its Global Partner Conference in Russia universally said it as impressive.

Now you can’t rush out and buy one because it is still a concept. It is primarily to say to the world, “Hisense is not just another cheap Chinese TV maker.” In fact, it is already proving it can play in the same sandpit as Samsung, LG, Sony and Panasonic and give a few black eyes too.

Back to the Hisense U9D 5376 dimming zone technology

Well imagine upping that by five times – that is what the Hisense U9D with 5376 dimming zones is capable of. A 65-inch model has a backlight of 96 columns x 56 lines of individually addressable LEDs. That means these zones measure about 15mm square.

It has been working for six years to develop the array. And a new Hiview engine (processor) to handle the massive processing load such a panel creates.

No, it is not OLED where every pixel is a ‘dimming zone’. But where it will outclass OLED is in brightness. Hisense series 9 already has some of the best ‘nits’ in the game.

Nor is it like what Samsung does with its Quantum Dot Direct Full Array LED Q9FN (480 zones) and Sony with its 600 zones. Both are different technologies. Sure Samsung’s new micro-LED technology (every LED dimmable) may eventually outclass it.

Still, it is pretty impressive.

“The launch of the Hisense U9D will further establish Hisense’s leading position in the global image quality field and make Hisense become a world-class master of imagery.”