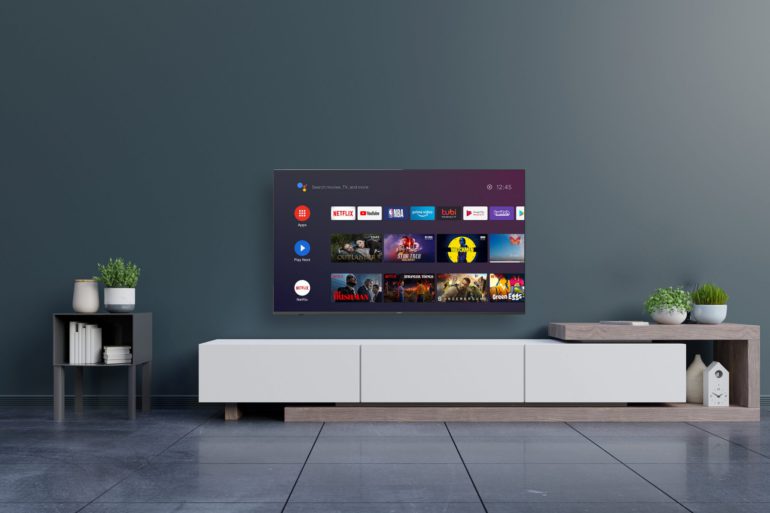 You don’t need to spend a bomb for a modern, good-quality TV with plenty of technology onboard. The Hitachi 4K Android TV range is a great example. It has a QLED screen and HDR10 for a great picture.

Hitachi in the house

Hitachi is a company that’s already well known to many Australians. Their televisions are built to high standards and even backed up with a comprehensive 3-year warranty. They are distributed in Australia via Tempo.

The range is packed with cutting edge features – and they’re easy to use too.

Let’s start with arguably the most important feature, the picture.

And there’s a lot to discuss – as there are a few different technologies working together to create this gorgeous display.

First up, this is an UltraHD screen. It is ‘4K’ and is all about incredible picture detail.

UHD TVs can display 4 times the detail of regular 1080p high definition screens. They have over 8 million tiny dots, or pixels.

It’s made possible by using incredibly tiny ‘nano-crystals’ that emit very pure red and green light when exposed to a blue backlight behind the TV panel.

And last, there’s dynamic range. The Hitachi 4K Android TVs support HDR10 (High Dynamic Range). Its a step up from HDR and a step below Dolby Vision. It creates a picture that mimics the way our eyes see things in real life.

So, imagine a dimly lit room with a large window in the centre. In the shadowy corners, you can make out the fine woodgrain floorboards – and there’s a sunny blue sky though the window.

A conventional TV would struggle with this scene because it doesn’t have the dynamic range to show very bright and dark elements at the same time without one compromising the other.

The world outside the window would appear as a featureless blown out white to keep the shadowy woodgrain detail, OR to keep the blue sky visible, the floorboards would become so dark that they appear black.

With HDR10, there are few compromises. Shadowy, dark detail and brightly lit parts can live together happily in the same scene.

This added realism also enables movies and TV to be shown the way their creators intended.

And as we’re seeing more and more movies being released in HDR/HDR10 via Netflix and other streaming services, this is a must for movie lovers. And it is compatible with Dolby Vision as well.

When you switch the Hitachi on, you’ll be greeted by the Android TV operating system. Android, for those that may not know, is also used on many mobile phones and is made by Google.

The benefit of Android on your TV is a familiar, easy to use interface along with access to the Google Play store for a huge selection of apps and content.

Google’s Chromecast is also built-in so you don’t need a separate dongle to ‘cast’ or send content from compatible devices to the TV – and you can even mirror your computer or smartphone’s screen from a Chrome web browser.

And there’s Google’s voice assistant too. Just hold the Google button on the remote and speak into the built-in microphone.

Ask Google to find a favourite Youtube video, check your schedule, find a fact, lower the volume or even tell you the weather report.

If you use other Google Assistant smart devices around the house, the Hitachi UHD Android TV can connect to the Google Home app so you can use your devices together. This could be to cast a video to the screen, stream music to a smart speaker, operate a smart switch and more.

So what about finding the things that you want to watch?

There’s digital free-to-air TV channels to choose from of course, but with the wired or Wi-Fi internet connection, you can access a huge world of video-on-demand content.

There are even direct buttons on the remote control that take you straight to your Netflix and Youtube favs.

As you can see, the Hitachi 4K Android TV range has a long list of great features. Other things I like include being able to record and pause live TV with a USB stick.

There 3 HDMI inputs for connecting to other devices, a surround sound mode and equalizer settings so you can tune the sound to be just right.

All up, Hitachi’s UHD Android TV delivers what matters – cutting edge tech, great picture quality and clever features – and all for a very competitive price.