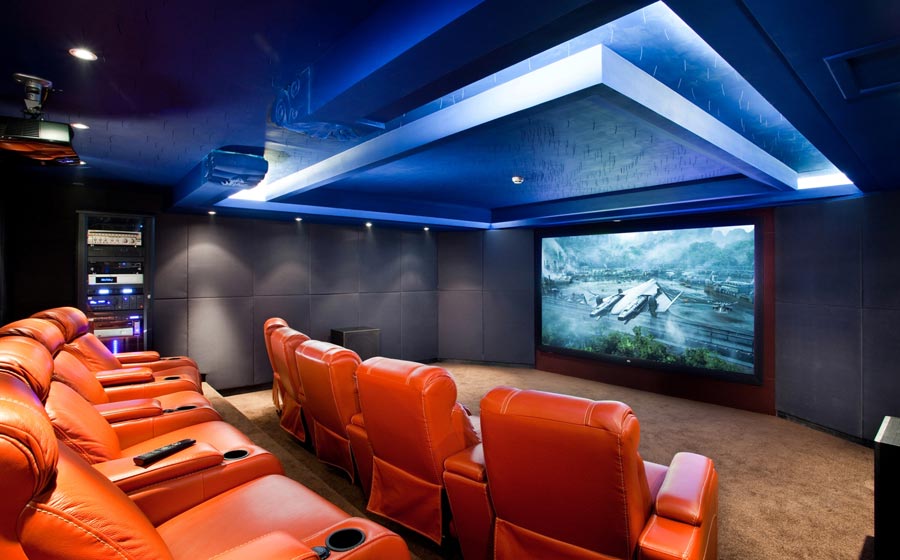 Rewarding the best cinemas, media rooms and whole-house integrated systems constructed in the last year, the CEDIA Electronic Lifestyles Awards show just how seamlessly and stylishly advanced audio-visual, automation, control and lighting systems can be incorporated into modern homes to enhance the lives of the people who live in them.

Why it won: Specifying the very best of everything, the family in this home enjoy HD audio and video over fibre-optic served up by a Meridian Sooloos Music server and Kaleidescape Blu-ray movie server. Security around the 700sqm home includes 16 cameras that monitor the status of all doors, windows and PIR units, and the house is fully automated, down to controlling the temperature of the outdoor swimming pool via any one of the seven Crestron V control touchscreens. The system also includes the seamless integration of one of the world’s biggest TV screens – a Panasonic TH103PF12W 103 inch plasma – which was fitted into a hand-made steel frame before going into the entertainment cabinet.

Why it won: A showpiece in hidden entertainment systems, the smartest element of this home installation is in what you don’t see – until you need it. A 50 inch plasma TV folds down from the ceiling in the master bedroom and a custom-built lift raises an 85 inch plasma from complete concealment in the living room floor when required. With eight separate areas able to receive video, and 13 for audio, the music even reaches into the wine cellar, thanks to SpeakerCraft CRS8-One in-ceiling speakers that accompany the 32 inch full HD Sony LCD television also installed in there!