How can high-end AV survive? 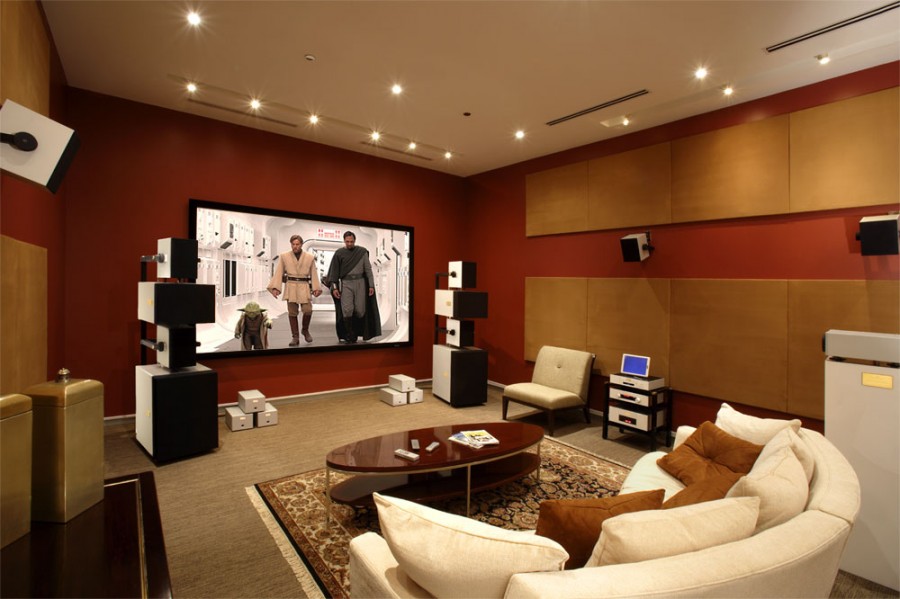 Rich Green Ink is a California-based company specialising in designing and installing advanced AV, automation and security systems into the homes of Silicon Valley’s wealthiest home owners. Its founder and principal, Rich Green, holds various roles in the US chapter of CEDIA (Customer Electronic Design and Installation Association), including that of board member, and, like one of his former key clients, Apple’s Steve Jobs, is a passionate technology visionary with nerd-made-good appeal.

As a guest speaker at the 2011 CEDIA Expo in Sydney he talked about how the custom installation industry  – and all those who appreciate high performance AV – can meet the challenge presented by the trend towards cheap, disposable low-quality entertainment.

In short, his answer is “more, better audio and video”.

Ultra high definition (aka 4K or Quad HD) will be a key driver here, delivering pictures with four times the resolution of current full HD. Programming is lacking, but equipment is already available, with Blu-ray disc able to transport 4K data, according to Green, and support for it – even in 3D – already provided by new HDMI standards.

Prysm, a new HD imaging system that uses laser phosphor display technology to create super-large, bright and power efficient screens is another technology to watch, as is telepresence, a kind of high definition Skype currently used by business. In the home it would allow people to participate in remote activities (say, yoga classes or psychology sessions) in real-time via life-sized screens.

Regarding 3D, “when its done right it’s great, but not all content is done right,” he says. “We’ll get through this awkward stage and it will be great, though.

“For the best 3D, you need a projector – a bright, bright bright projector and active shutter glasses,” he says. “That’s because 3D cuts the light output of a projector by 50 percent. The 3D glasses are like sunglasses, so the picture becomes even darker, and they distort colour”.

Passive 3D doesn’t have the punch and wow of active shutter, he adds, and  “autosteroscopic works at the right height and the right angles only. It will be 3-5 years before large format glasses-free 3D is realised.”

When it comes to audio, Green reckons we’re in a renaissance. “Gone are the dark days of compression,” he says. “We now have memory large enough to store uncompressed audio, and audio is now going in the opposite direction of low quality.”

“It’s close to analog,” he says. “The current state of audio is the highest fidelity you can imagine.”

And consider this. Headphones, according to Green, are outselling all speakers, combined. With a high resolution digital music source, people are seeing better value in a $1000 pair of headphone than a $20,000 speaker system and the cost of fitting out a room, he says.

For surround, there are new matrix formats from Dolby and DTS which provide 9.2 and 11.2 channels. Based on the Audissey room calibration system found in many AV receivers, technology from Trinnov can create the number of surround sound channels you want, plus correct for room conditions, and all in high resolution.

THX is at play in this area too, with THX Media Director. This meta data management system helps with the setup of BD players, video displays AV receivers – just insert a BD disc and embedded codecs set the right parameters for all the equipment in the chain, explains Green.

When (and if) these technologies take hold, the prospects for quality home entertainment do appear to be “more, better”. Right now, though, Green says we are enjoying the age of Home Theatre 3.0.

In the early 1990s, he explains, there was a social movement towards at-home engagement, but making good picture and sound was difficult and equipment was expensive. CEDIA grew out of this period, with specialist integrators working to create an optimum experience for people.

By the end of the decade, the cost of equipment had collapsed but performance was poor. This was the dark period: Home Theatre 2.0.

Today, in the 3.0 era, he says, we have affordable high performance products, but they still need to be integrated. “Design,” he says, “is the key to the technology industry; it is what will make technology disappear. Fire-breathing racks will disappear and what we’ll have left is elegance, transparency.

“There is still life to high performance audio-video,” he concludes, “because cheap is not perfect.”