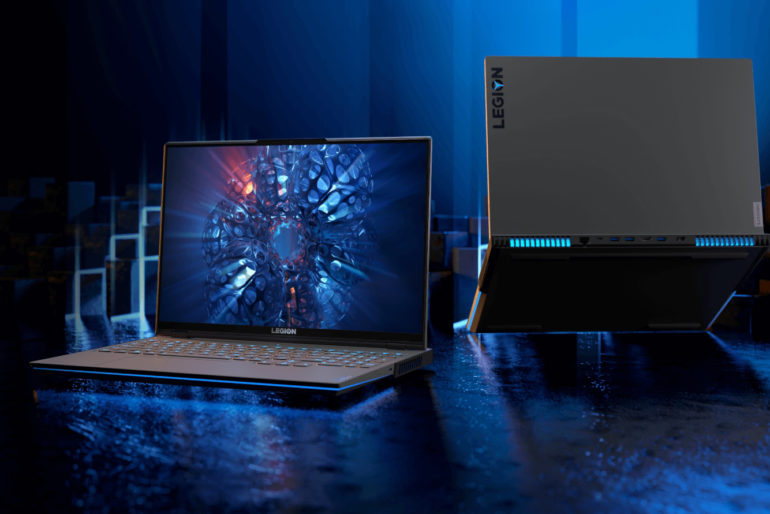 The Windows PC is the ultimate gaming platform. Combining powerful hardware with a vast range of games, it also plays a role as the leading-edge for game tech and innovation.

While many games run on just about anything (even a graphing calculator, if you know how to hack it!) the so-called ‘triple A’ titles with amazing graphics, sound, and online multiplayer capabilities, require very powerful hardware to run. The Xbox and PlayStation console use specialised tech but there’s a limit to how fast they can run games, and at what resolution.

The PC, meanwhile, can support a range of extremely powerful hardware to play games in true 4K. This is partly enabled by a cutting-edge CPU, but the most important spec in a gaming PC is its graphics system, or graphics processing unit (GPU).

The downside to the incredible performance of a gaming PC is a result of one of the laws of computing: the more performance a computer can provide, the more heat it generates as a side-effect of that performance.

Gaming PCs run very hot, and deal with this by using large cooling systems, comprised of fans and metal heat-sinks. This combination of a powerful and hot-running GPU, with an equally powerful cooling system, is what makes a gaming laptop different from other kinds of high-end laptops. So how do you go about choosing the gaming laptop that’s right for you? Let’s explore this by taking a closer look at some of the other differences between regular laptops and gaming laptops first.

What makes a gaming laptop?

The laptop is familiar to most of us by now. An all-in-one PC that folds in half. The top half holds the display, the bottom half the actual computer, on top of which sits a keyboard and trackpad.

The first laptop was released back in 1985. Since then, the general rule for laptops has been “slimmer is better”. Over the next 36 years, each new generation of laptops has been thinner and lighter. In 2011, a new standard for laptops emerged, combining extreme slimness with high performance, called the ultrabook.

The only kind of gaming laptop that bucks this trend is the gaming laptop. Well, that’s not entirely fair. Gaming laptops have become slimmer over the last few years, but they’re still much thicker and heavier than a regular laptop. This is because a gaming laptop needs a powerful cooling system to keep its extreme hardware running optimally. This means it needs fans and heat-sinks inside the case, and intakes and outtakes around the edge.

To compensate for this, many gaming laptops are heavily styled, with curved edges or embossed logos, to the extent that some can look a bit over the top! They also tend to have coloured LED light strips around the edges and flashing or pulsing coloured logos. They also tend to have keyboards that light up using red-green-blue (RGB) LEDs that can be configured via an app to show different colours.

Not all gaming laptops follow this trend, fortunately! Some adopt a more minimalist or ‘office appropriate’ look, such as the Lenovo Legion series. While still bigger than a regular laptop, they can still blend in with the corporate scene, while keeping that extreme gaming performance under the hood.

When it comes to price, a regular laptop is priced due to a combination of CPU and internal storage capacity. A laptop with 1TB of hard disk space will cost more than one with 512MB.

As you might have already guessed, gaming laptops really are tech showcases, not just on spec but on design and the ability to cram incredible power into a stylish and portable package.

When it comes to laptop spec generally, a gaming laptop will always be more powerful than a regular laptop – it’s just the nature of gaming! The most expensive gaming laptop in a company’s range – such as Lenovo’s Legion 7 – will have the most powerful components available on the market. The most powerful CPU, the most RAM, the most powerful GPU, and so forth. The Legion 7, for example, can be specced with an AMD Ryzen 9 5900HX CPU, 32GB of RAM, 2TB of very fast SSD storage, and an NVIDIA GeForce RTX 3080 GPU.

This gives the machine gaming performance superior to the Xbox and PlayStation gaming consoles (sharper graphics and smoother motion), but not just that, it can be used for other high-end PC tasks. More than a work laptop, it can also be used for 4K video editing, 4K streaming, extreme photo editing, and even rendering 3D design and artwork.

How much to spend?

Of course, this all comes at a price, and not everyone is going to be able to afford (or want to spend so much on!) a top-end gaming laptop.

Fortunately, most brands offer a wide range of spec, with lower-spec gaming laptops costing less. Yes, the flagship will play all games ‘the best’, but that doesn’t mean the middle-range models can’t offer a console-like gaming experience for today’s triple-A games. And since all gaming laptops are PCs too, they all play the huge range of PC games that don’t put cutting-edge graphics first and foremost.

Spending as much as you can afford on a gaming laptop is an easy way to know you’re getting the best performance for your budget. But for gamers, there are a bunch of other specs that are important, which are usually not considered when buying a regular laptop for work or school. However, it’s these specs that can show the difference between two brands of gaming laptop that might otherwise have very similar CPU and GPU specs. Let’s have a look at how gamers choose a gaming laptop.

How gamers choose a gaming laptop

One aspect that’s very important to gamers is the display. Size and resolution are just the starting point. A higher resolution display requires a more powerful GPU, but gamers are happy to eschew 4K and stick with a resolution like 2560×1600, if the display has a very high refresh rate.

PC gamers prefer a higher refresh rate, because it allows games to respond to player inputs more quickly and for motion and animation to be smoother. A gaming display with 100Hz+ is what gamers are looking for. A good gaming laptop will include a high-refresh-rate display. For example, the Lenovo Legion 5 is an upper-midrange gaming laptop that hits a lower price point because it uses an NVIDIA GeForce RTX 3070 GPU instead of a 3080. But it still has a 165Hz display – that’s very fast.

Beyond the display and GPU, gamers also look to a PC’s internal storage – or hard drive – to aide in gaming performance. Triple-A games, because of their complicated gameplay and extremely fancy graphics, have to stream a lot of data from the hard drive into RAM, constantly, for the whole time the gamer is playing.

A hard drive, therefore, needs to be able to handle lots of data, and feed it to the CPU and RAM as quickly as possible. The old-style magnetic hard disk drives with spinning metal platters inside just don’t cut it, these days. Gamers need solid-state-drives, or SSDs, and the best of these use the new M.2 format.

An M.2 SSD plugs directly into the PC’s motherboard instead of being connected via a cable. This means the drive is physically closer to the CPU and RAM, and can use built-in data pathways (called a ‘bus) that has a higher bandwidth (meaning the amount of data it can send every second, usually measured in megabytes).

Gaming laptops tend to use M.2 SSDs these days, as it’s now a minimum requirement for gamers.

That’s storage, but RAM is also important. A couple of decades ago, even regular laptops were sold based on how much RAM they had – more RAM was more expensive but gave better performance. These days, almost all regular laptops come with 8GB of RAM, which some very high-end units offering 16GB as an option.

Gaming laptops start with 16GB of RAM and top-end units like the Legion 7, come with 32GB. Not every game can take advantage of that much RAM, but the point of having a top-end gaming laptop is that it CAN play anything – not just today, but also newer games being released all the time.

When buying a gaming desktop PC, gamers spend a lot of time considering the cooling system, and may choose a water-cooling unit, or different kinds of fans and so forth.

Oh yeah, the battery. Laptops do have the unique ability to run disconnected from wall power using an onboard battery, and gaming laptops have very large batteries to handle all that onboard power.

But gaming components use truly ridiculous amounts of power, so even a high-end laptop like the Legion 7 advertises 5.1 hours of battery life using the GPU, and 8.3 hours when using just the AMD Ryzen 9 5900HX CPU’s onboard graphics. That’s less than Lenovo’s top productivity laptop, the ThinkPad P1 G4, which can go 13.2 hours on a charge.

But gaming laptops do make up for this somewhat with Rapid Charge Boost tech, which in the case of the Legion 7, lets the laptop grab two hours of runtime from just 15 minutes of charging. Really though, gamers mostly use their gaming laptops while plugged in, because this means the laptop can utilise the full 300 watts of the included power supply, and run the GPU at full speed, for best performance.

There’s one more aspect of gaming laptops that deserves attention, and that’s the styling.

Until recently, gaming laptops were always… shall we say… pretty extreme? When it came to design, it was always about curved plastic, huge logos, exotic colours, and LED lighting everywhere.

This was done to hide the large cooling outlets and to divert attention from the fact that gaming laptops are thicker and heavier than regular laptops. But can you live with that level of extreme styling on your desk?

Minimalism in gaming laptops is an emerging trend, and it’s fair to stay that Lenovo has embraced this. The Legion series of gaming laptops are very similar to regular laptops like Lenovo’s famous ThinkPad range.

Similar, yes, but far from identical. You still get LEDs, but you can control how wild they look. You still get unique logos and trim that suggests speed and power, but it has a more chiselled look, which makes the laptop look well-built as well as powerful. The big advantage of this minimalist design, however, is that it prioritises cooling. Fan intakes and outtakes are uncluttered and allow for excellent airflow. And when it comes to a gaming laptop, that really is the most important consideration.

Now, what if you’re not sure a laptop is the best choice for gaming? Maybe a desktop should be the way to go? Check out the pros and cons of each in our sponsored article here.