How to fix the flaws of the Samsung Galaxy S5 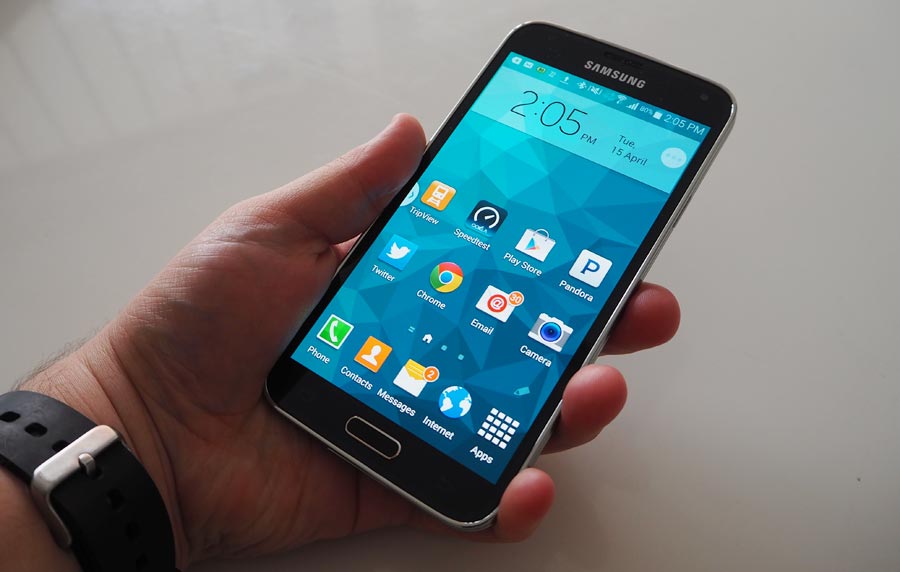 Another year, another Samsung smartphone, and in Australia, our version seems to come with its fair share of issues. A shortcut dock you can’t change, a lockscreen that won’t open an app, and a camera that won’t shut up.

But thanks to how modular Android is, you can make all of these problems go away, more or less, “just like that.”

Last year’s Australian Galaxy S4 did come with a slight flaw to it, with no Aussie able to change the dock of their Galaxy smartphone.

We hope you like using the stock phone, contacts, messages, and internet browser, because in 2014, the same is true, and Samsung is blocking the ability to let you change the dock, a frustrating issue when you consider that pretty much every manufacturer lets you change this.

Is it a problem with the phone? Not from a hardware point of view, that’s for sure, and if you run a different homescreen on the S5, often called a homescreen replacement, you’ll be able to — yes, you guessed it — change the dock.

These apps are also called “launchers,” and as such, if you search for either, you’ll find a plethora of options out there, many which make it possible to retain the look of what Google envisioned, make Samsung’s TouchWiz more usable, or even offer a totally different way of viewing your smartphone that few companies would attempt.

There are loads of options out there, and no single one is “right,” but we’re listing our favourites, with each of these letting you change the dock to match your life, which Samsung still can’t seem to get right on the Australian phones.

One of the easiest ways to transform the S5 into one that looks like it was developed by Google, the KK Launcher brings the look and feel of Android 4.4 “KitKat” without needing to hack the phone and install Google’s Android OS without the Samsung touches.

Price: Free, though a more feature-filled version costs around $5

Not ready for that total departure from Samsung’s look? No worries. Apex is one of the more popular launchers out there, and it combines the look of Android 4.1-4.3 with one that can be easily modified. There is even a way to apply themes to Apex, complete with a TouchWiz inspired theme for Apex, making it possible to retain that Samsung look but still fix that dock uber-quick.

Price: Free, though an invite code is required

A different experience, Aviate is one of the more playful ways to change the look of Android, with ten of your favourite apps available in the user editable dock, and then either basic widgets or a picture or two that you love. Perhaps the best part about Aviate is that it’s aware of where you are, and will provide information about locations near you, such as restaurant reviews of nearby eateries, as well as possible points of interest, and useful information about your personal and work life at different times of the day.

Interested in a phone unlike any out there? Themer is an unusual homescreen replacement tool that makes it possible to go with a very designer-ly phone. You can pick from a number of unique styles out there, or even totally design your own, and these will look nothing like your conventional launcher.

A new one for Samsung, the lockscreen for the S5 is about as uncomplicated as it gets. We’re sure for many users, this will be totally fine, with either the option of a simple finger swipe, PIN code, password, pattern, or even that new shiny fingerprint match providing a way of unlocking the S5.

But if you want to launch an app from Samsung’s built-in lockscreen, well, too bloody bad, as that’s just not one of the things Samsung has catered for.

Camera access from the lockscreen? No way, even if Apple, HTC, and Sony all cater for it.

There is a fix, though, and that comes from a lockscreen replacement.

WidgetLocker Lockscreen is one of the most popular ones, but it can be a little finicky to setup, so we’d recommend Cover, a beta lockscreen that offers you multiple apps to launch from the lockscreen, and even learns from you, working out when to provide your favourite apps based on how you use your device.

Beyond these two, you’ll find plenty of other lockscreen replacements, with many emulating the way iOS work, while others pretend to be from other operating systems.

Like homescreen replacements, there are many to test, and we’re just listing our favourites, but feel free to search “lockscreen” or “lock screen” on Google Play to see what you can use, and once you’ve found the one you like, keep that and uninstall the rest.

One of the better lockscreens out there, Cover lets you load up the most used app shortcuts on your lockscreen dependent on where you are at the time.

Cover will even take your home and work address into consideration, working out what to offer based on your location, which makes it a little bit more useful than Samsung’s basic unlock, which doesn’t offer much more than unlocking your phone to whatever screen it was locked on in the first place.