Home
Guides
How to use 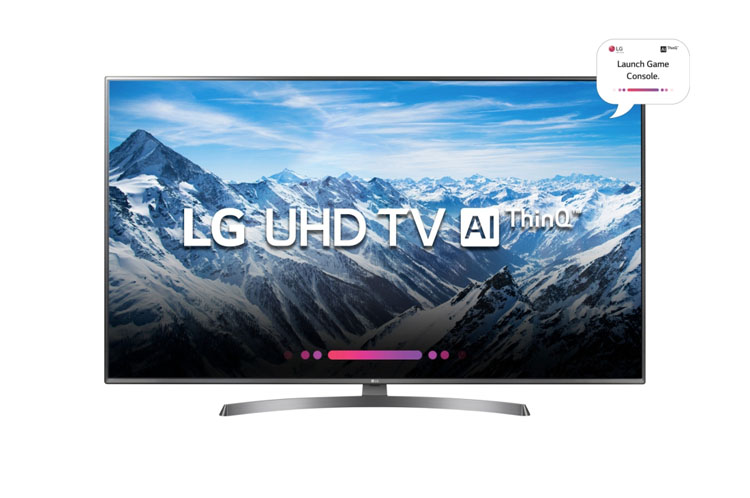 Recently LG approached me and four others in this line of business with a “Challenge”. We were to compete to come up with the best uses of Google Assistant, which is now available on all 2018 model LG ThinQ TVs*. Prize? A 2018 model 65-inch LG OLED TV?

Sadly, I came second in the Google Assistant Discovery Challenge. Apparently, I will be receiving some kind of consolation prize**. Still, readers might be interested in my suggestions, even if they were only second best.

LG of course provided (temporarily) a 2018 model ThinQ TV for the challenge. I had to make sure it worked. I won’t be saying much about this TV since I reviewed the 65-inch version here. I rated it at 4.7/5.0. This one’s pretty much the same, except everything’s a little smaller.

Back when I reviewed it, Google Assistant was merely a promised feature, not already on the TV. The promise has been kept. Using the 55-inch version did remind me of one thing: the TV is a snappy performer. That is to say, its “computing” functions are fast. The graphical user interface pops up quickly. Things that you select appear quickly. The TV is fully operational and controllable within a few seconds of you switching it on. Since TVs are kind of like computers now, they ought to be as responsive as computers. This one is.

One other difference is in how you invoke Google Assistant. If you’ve got a Google Assistant-enabled speaker, you just say “Hey Google” or “Okay Google”. Then you state your command or pose your question. With this TV, instead you press the microphone button on the “Magic Remote” and hold it down while you’re talking. The microphone is in the remote. Because the microphone is in your hand, there’s never a problem with having to compete with the sound from the TV.

When this TV arrived for the challenge, it wasn’t Google Assistant ready. That required a simple firmware upgrade. See the first footnote (*) on how to do that.

1 – Tell me about The Sopranos

When the Chrome browser opens on my various computers, the first tab is always the Internet Movie database. It has been for probably fifteen years. I’m always in there, always finding out more information about actors, movies, TV shows, where they were shot, what other shows the actors are in. Where have I seen that face before?

But to use that tab means getting up from the couch and typing into a computer. How much easier it is just to ask the TV without even having to move.

I say, “Tell me about The Sopranos”. Google Assistant says, “Here is some information about the Sopranos. Tony Soprano juggles the problems of his fractious family with those of a “Family” of a different sort – the mob.”

Of course, I could ask my Google Home Mini, and I get the same audible response. Exactly the same, even with the same voice. But the TV accompanies that with more information on the screen. In addition, arrayed across the bottom of the screen are suggested follow-up questions.

Even as I was testing this, the TV station showed a promotion for a show with which I was unfamiliar. It looked interesting. “Tell me about Manifest,” I asked. Again, there was a one-sentence spoken summary, but it didn’t tell me much. The compelling information was only displayed on the screen.

“How many hectares are there in an acre?” Google Assistant on the LG TV responds: “One acre equals zero point four zero five hectares”. Good to know, and my Google Home Mini gives the exact, same answer. But I can only remember that for a moment, then I have to ask again.

The LG TV holds the answer on the screen for a minute (an actual minute, I timed it). So, it’s there – “0.405 hectare” – ready for reference for a while. Clearing the screen requires only a tap on the “Back” key.

Of course, Google can do far more than conversions. Need to calculate the floor area of your room? “4.5 times 6.2”. Doing something a little more obscure? “What’s the natural logarithm of 3.8?” All fine.

I expect Google Assistant’s features to expand in the future. At the moment it won’t help if I say, “I weigh so-and-so, and are such-and-such tall; what’s my BMI?” But next year?

The TV show pauses for an advertisement. My mind wanders. I suddenly remember that I simply must start the dishwasher before I go to bed. Or write those clever ideas tomorrow for using Google Assistant on an LG TV. My previous strategy has been to convince myself that I’ll remember to do those things. And sometimes I actually do remember. Sometimes.

But now I always do because: “Remind me to put on the dishwasher at 10pm” and “Remind me to complete that LG thingo at 8am tomorrow.” Just having Google Assistant waiting there on the TV encourages me to remember those things.

*What, Google Assistant isn’t on your 2018 LG smart TV? Then go to Settings, General, About This TV and update the firmware. You’ll need at least version 04.xx.xx. And switch on auto updates while you’re there.

** LG asked that if we write about this, we also say: LG Australia made an LG AI ThinQ TV available to me to review, provided me with a gift as a thank you for reviewing the LG AI ThinQ™ TV. and provided me the opportunity to win a prize. There, done.