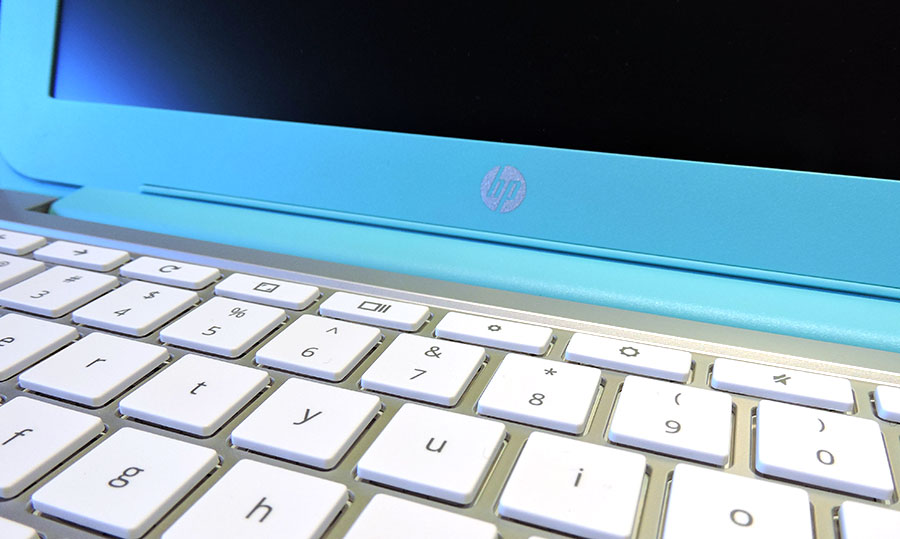 Students who need to write, email, check Facebook, and surf the web won’t necessarily need a big flashy laptop, and that’s where the Chromebook comes in, providing the internet for a fraction of the cost of other computers.

HP’s Chromebook 11 takes the familiar Chromebook formula and splashes it with a new coat of paint, but is it a great value, or could you find a better laptop without the colourful exterior?

A new Chromebook for HP, the 11-2002tu will appear familiar if you’ve ever investigated or researched a Chromebook before, with a formula close to what HP used on a previous model it built for Google.

And in this model, HP’s Chromebook 11, it’s much the same, starting with a Samsung dual-core Exynos processor clocked at 1.7GHz, 2GB RAM, 16GB storage, and Google’s Chrome operating system.

Wireless connectivity is identical, too, with 802.11a/b/g/n with Bluetooth 4.0, while wired connectivity supports two USB 2.0 ports, a single 3.5mm headset jack, and a microUSB port specifically there to charge the computer from.

You’ll find an 11.6 inch screen here to use the Chromebook with, a matte display running the high definition resolution of 1366×768, showcasing 135 pixels per inch.

All of this sits inside of a plastic case with a keyboard and a mouse (you’ll need them, since it’s a laptop computer), as well as a VGA webcam with microphone, with speakers along the bottom of the machine.

Computers don’t tend to come in a lot of colours, at least not a variety, with most machines offering the uber exciting assortment of black, silver, and white, but not the HP Chromebook 11, which offers up turquoise for your viewing pleasure, or even white if you like to go with something even more minimalist (2001tu).

Our review model was that lovely turquoise, bringing a dose of blue and green simultaneously to students, offices, and anywhere else going for something different.

Something different is what the HP Chromebook is, and also what it isn’t, because while it looks different from your regular computer, it is more or less exactly like another Chromebook save for one thing, and that one different thing is not the price.

We’ll start with the look, because while teal or turquoise might not be a look you’re going for in a computer, we like it. The colour choice is interesting here, and while the chassis is made from plastic, the combination of turquoise on the lid and exterior of the bottom with the silver along the inside and on any branding actually works. It’s not sexy like red and silver, but it still works very well.

The feel isn’t bad either, with a weight of 1.22 kilograms that is hardly noticed, and a texture of slick plastic.

While it’s obvious that this isn’t a high-end machine with premium materials, it still feels solid enough, and there’s a degree of texture applied to the bottom, helping your hands to not lose grip which is handy.

Over to the performance, and while the specs are more or less identical to what HP provided in the official Google Chromebook, the performance feels a little under what HP made for that system.

As we typed our review and took the Chromebook 11 for a spin, we found performance issues across the board, as the system struggled to keep up with our typing, and mouse and keypad scrolling seemed to run at a pace behind our actual key movements.

For those unaware, Chrome OS is based around the Google Chrome browser, and as such, basically opens a tab in the browser every time a new app is opened and running. Because of this style of functionality, we can quickly determine how many apps can be run alongside each other, and in the case of this computer, it appears that number is a maximum of four or five, at least before it starts to crawl.

Slowing down, however, occurs sooner, closer to the three tab mark, as with three tabs — apps, essentially — open, the system starts to slog, which just doesn’t bode well for long term use.

If you’re using it for bare basics, though, you should be fine. We’re talking web surfing, social networking, a few emails, and some music or YouTube playback, but try not to do all of this at once, otherwise the HP Chromebook will feel more like an old computer than a new one, and quickly, at that.