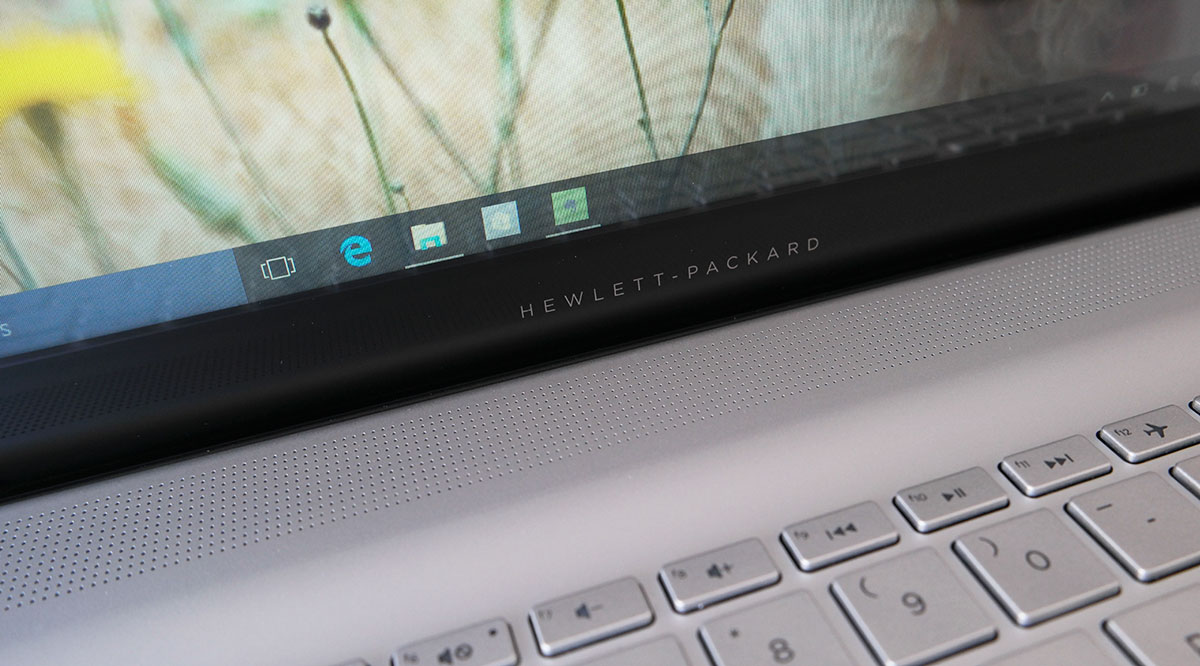 Thin and light isn’t on the checklist for everyone, so if you need big and speedy, HP hopes to fit the bill with something to make all of your friends jealous, or a little bit envious. Does it succeed with the Envy 15, or would you be better off with something else?

Computers have sure changed over the past decade. Remember when everyone was carrying around something thick and back-breaking?

These days, you can get something that barely weighs more than a binder, or even a tablet, now that laptops can be based on hardware that doesn’t tend to weigh much, such as the ever-light processor, memory, and solid-state drives taking the place of the heavier and bulkier hard drive.

But while you can get super thin and ultra-light computers, they’re not for every purpose.

In fact, if what you’re after is a large quantity of space or a wider display than the 11 to 13 inch screens out there, the older and thicker style of computer is what you’ll want to look towards. These machines tend to be larger and heavier, relying on the older parts like conventional hard drives, and while they can be reduced in size, they also generally feature wider and thicker cases, suggesting more weight.

HP’s Envy 15 is one such model, and in this computer, it feels as if HP is channeling technology for people who don’t necessarily desire thin and light, but definitely need space and specs, which appears to be where this is aimed at.

Arriving with an Intel Core i7 from the fifth-generation of chips, also known as “Broadwell”, you’ll find this computer runs at 2.4GHz and shares its operation with 8GB RAM and 2TB of storage operating on a 5400RPM conventional hard drive.

None of that solid-state stuff here, with space to spare thanks to the large drive that is being relied on.

You may even find this machine a little more capable than some of the ultrabooks out there thanks to the inclusion of a discrete graphics chip, with the Nvidia GeForce GTX950M making an appearance in this computer alongside the Intel HD 5500 graphics used on this machine for not-so-graphically-intensive operations.

Bang & Olufsen provides the sound for the Envy, and you’ll find the speakers below a 15.6 inch HD display, allowing touch on the 1366×768 display.

Aesthetically, HP isn’t going to change things dramatically with this machine, and the silver aluminium body is certainly nice enough on the eye and pleasant to rest your wrists on, though it is by no means the machined aluminium unibody you see out of Apple, nor is it the sleek rectangular alloy box Microsoft works with in its computers.

Still, it’s nicer than a fully plastic set of components, so you have to give HP credit for trying.

While it may not have the latest processor series on-board, the Core i7 5500U is still nothing to sneeze at, providing a reasonable amount of processing power alongside a mid-range graphics chip.

We didn’t spend a lot of time gaming, but given the specs on-board, if you wanted to, the option would be there. Not for the most intensive gaming session, either, but something better than what your everyday Ultrabook might go for.

As for regular work, you’ll find Windows 10 on this computer out of the box these days, though some variants may still have Windows 8 left on them. On our review model, Windows 10 was ready to go, and that was great, offering the combined tablet and desktop operating system, though thankfully defaulting to the desktop since that is clearly what the Envy 15 operates as.

Make no mistake, because while this has a large and spacious 15 inch touchscreen, HP has elected not to use one of those 360 degree hinges, telling you that while it can work as a touch device, the screen will not fold back and turn the entire thing into a large 15 inch tablet.

Given the roughly two kilogram weight, this is probably a good thing.

Getting stuck into using the Envy 15, you can see HP has made some intelligent decisions beyond not turning the laptop into an oversized and ridiculously heavy tablet, and two of these have to be the keyboard and mouse.

We’re not used to best-in-class input devices from HP, but wow, the company is really improving its keyboards in leaps and bounds.

It doesn’t seem like the full-size 15 inch keyboard with number pad should be a decent keyboard, and on the surface, it certainly doesn’t look like it’ll be decent calibre, but start using it and you’ll find good travel, a nice click, and a general comfort that we don’t often find on HP laptops.

The trackpad mouse is also handy, offering a relatively spacious touchpad for you to use if the touchscreen just doesn’t feel like it’s up to your gestures and movements, and it even supports a modicum of multitouch, too.

But while the keyboard and mouse manage to help make the Envy a decent little box, and the specs aren’t too shabby either, HP lets down the team with one of the worst screens we’ve seen on a laptop in ages.

Let’s just get this out of the way, because it feels like we’ve been here a while, and we’ve made this argument so many times, so listen up, HP (please).

The reality of displays is this: while screen resolution may not have been important a good five or ten years ago, the moment companies like Apple suddenly woke up and said “yup, we’re going to make sure people’s eyes don’t hurt and that colours will be good from all angles” was the time when all manufacturers woke up and took notice.

Now there are some obvious exceptions to this, because decent screen technology isn’t always cheap. Case in point, budget computers, phones, and tablets are allowed to get away from this rule because they’re designed for a budget, but machines arriving with decent performance-friendly specs and prices over a grand aren’t remotely defined as budget.

Just as a note: the model we’re reviewing here, the HP Envy 15 inch with a Broadwell Intel Core i7 processor normally attracts a price of $1499.

And yet… and yet.

And yet this well spec’d model arrives with an utterly disastrous and positively low-grade 15 inch high-definition only touchscreen, and it’s only barely high definition. At 1366×768, this is bottom of the rung quality, and it doesn’t just fail the screen test due to it being low resolution, with weak brightness and poor contrast pretty much sitting at the top of the list of problems alongside that rank resolution.

This isn’t fair to the customer, because if you’re asking people to fork over money — good money, at that — you shouldn’t just be throwing in the cheapest left-over panel you can find.

And yet that is exactly what has been packaged into the HP Envy, because although HP has employed Bang & Olufsen to make the sound be decent, and although there’s a discrete video option here, and even though HP has even reworked the keyboard and mouse to be among the company’s best attempts, the screen is an absolute and utter let down.

Basically, you shouldn’t buy this computer based on the screen alone, which struggles to find clarity or a decent viewing angle or even a balanced set of contrast.

Rather, there is a very old screen here, and something needs to be done about it.

Weight is also not on the side of HP, either, because at over two kilograms, the HP Envy 15 is not a thin or light computer.

Remember when computers were heavy enough to put your back out?

The HP Envy 15 isn’t far off that mark, and while it doesn’t have an optical drive, its weight will make you think it does, because it just feels like a heavy box of a computer, the sort most of us don’t want to carry around anymore.

Sometimes computer companies feel like they’re taking the mickey, producing devices that are technically yesterday’s news, but with a price and slight refresh befitting of today.

The thing about computers is that usually the changes in processors, and in memory, and in graphics cards are usually so subtle that this isn’t a huge problem, so while we don’t necessarily agree, we can see why companies doing it. Recycling is just easier, it seems.

Unfortunately, while the components in the HP Envy 15 are totally suitable for a computer buyer this year, the screen is not, and HP really lets down the entire package with this disaster of a display.

We’re sure the company will argue with us on this one, but when you struggle to find a decent viewing angle, and when the clarity and definition is just plain horrible, and the brightness and contrast both leave something to be desired, you have to wonder what exactly the engineers were thinking, and perhaps whether their collective arms were twisted by someone in the finance division.

And that’s really how the HP Envy 15 feels, because it’s like the company has produced something that could be decent if not for that horrible antiquated screen.

At its current price of $1499, we just don’t see it. If HP were to drop this below a grand, it would at least make some semblance of sense, though right now, we’re struggling, we really are.

Overall
Features
Value for money
Performance
Ease of Use
Design
Reader Rating0 Votes
Nice keyboard with a number-pad; Loads of storage space with 2TB; Discrete mid-range graphics processor; Plenty of ports, including four USB 3.0 ports and one Ethernet port;
Heavy; Another one of HP's terrible screens lets down the package, and boy is it a shocker;
3.1