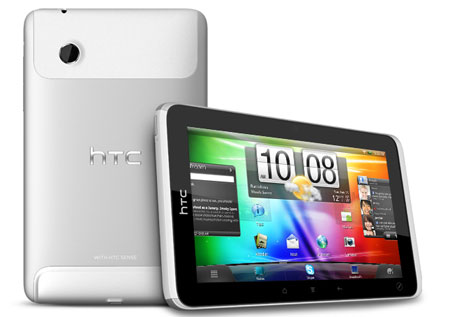 HTC’s debut tablet – the 7 inch Flyer – doesn’t look like it’ll be seeing an Australian release, with a representative telling GadgetGuy that a local release was “unlikely, but not off the cards.”

Originally shown in February at Mobile World Congress in Barcelona, the Flyer featured the same aluminium unibody design made famous on the HTC Legend and echoed throughout much of the recent HTC range. The tablet featured a 7 inch capacitive touchscreen, 1.5GHz processor, 32GB internal storage, GPS, WiFi, 5 megapixel rear camera, and a 1.3 megapixel front facing camera for video conferencing.

One feature that was unique to the Flyer was the use of a pressure sensitive stylus, enabling users to write and draw with ease on the tablet.

Customers in America have been able to buy a Flyer since it was released in the first half of the year, but Australians haven’t heard anything beyond the initial announcement in February.

Today, Ben Hodgson, Country Manager for HTC Australia and New Zealand said that a release locally was “unlikely, but not off the cards,” while confirming that tablets were still a part of HTC’s strategy.