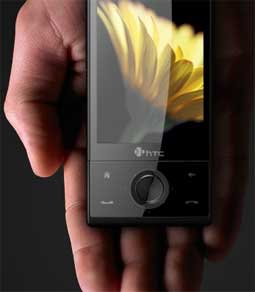 Dads like to brag about having the coolest tech, and a whiz-bang smartphone is the most braggable piece of equipment going. There’s the Apple iPhone 3G, of course, but that’s saddled with some rather unfriendly usage plans. If you don’t want to have him paying through the nose for data plans, though, we’d recommend something like the HTC Touch Diamond.

It’s not a cheap phone by any means, and you might have to go in with several of your siblings or make it a combo birthday-Christmas-Father’s Day thing, but it’s about the only phone on the market that can rival the iPhone for cool. It’s 3G, has a web browser and email client, a funky new interface, GPS, plenty of internal memory for MP3 files and video, a 3 megapixel camera and more.

Of course, if you’re looking at phones, there are plenty of other options as well. The Nokia N95, in spite of its age, still stands out against the competition; the new BlackBerry Bold is great for email; and the Sony Ericsson W950i is just awesome for multimedia. We’d recommend any one of those.