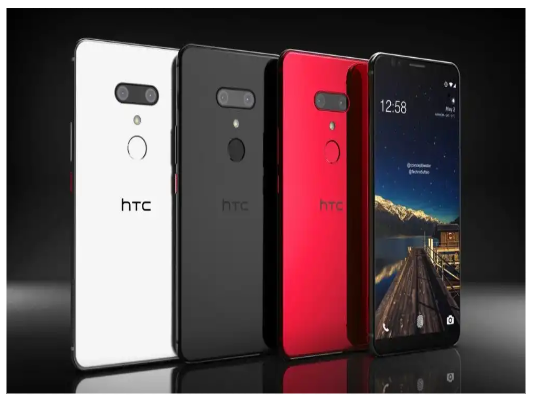 The HTC U12 Plus is coming to Australia. It is undergoing final Australian testing and carrier certification pending release.

GadgetGuy attended a pre-briefing, and the phone has some impressive flagship specifications. Its main point of difference is the Edge Sense where several commands can be accessed by touching/tapping/squeezing either the side of the phone – a win for lefties!

We have always been HTC enthusiasts. It is one of the first smartphone makers starting in Taiwan in 1997. Windows Mobile smartphones were its staple, well ahead of any rival offerings.

It has always walked its own path. Sometimes it is ahead of rivals and sometimes veering off in different directions. Whatever the case, HTC devices have a lot original R&D – not just copying a Qualcomm reference design.

Last year it sold about half of its R&D, patents and research talent to Google. It has made several Google Nexus phones and is a close collaborator with Google.

By the way, the Plus moniker refers to the specifications. There will be no lite, standard, supersized coming to Australia – just the Plus. In part that is due to the eye-watering costs of gaining carrier and government certification for each model, it sells in Australia.

As the smartphone market matures and our volumes don’t grow you are likely to see a reduction in models offered by all brands solely for this reason.

It’s likely that HTC will reduce the cost of its current flagship U11 (GadgetGuy review  here) and mid-range U11 Life (GadgetGuy article here) rather than worry about certifying and selling all new lower cost models. Both these phones are great and represent good buys at lower prices. In other words, don’t expect to see the mid-range Desire 12+ here.

Specifications – HTC U12 Plus

A new touch feedback experience turns both the edges of U12+ into an intuitive way to interact with your phone. The new Edge Sense knows which hand you are using, giving you one-handed freedom to double tap and navigate the device, hold to lock the screen orientation, or squeeze the sides for taking photos and videos zooming in on maps, and virtually any interaction.

With the caveat that we like HTC, I can’t help feeling the HTC U12 Plus is yet another Gorilla Glass covered slab. Sure, it offers the HTC pedigree and Edge Sense but are these compelling enough to make you buy in a very crowded market? Let’s hope so because this phone has a pedigree!

Then you have the 2017 models all falling a few hundred dollars and offering incredible value. For example, while I love the Samsung Galaxy S9/Plus, the Galaxy S8/Plus is incredible as it is now sold at around $700-800.

And the Chinese tigers like OPPO, TCL (Alcatel), Xiaomi, OnePlus, ZTE, Moto and others are making some extremely good mid-range phones that are equally desirable. OPPO’s R11s and R11s Plus are absolute standouts here offering many flagship features for $599/799 (less if you shop around).

But there is light at the end of the tunnel. HTC believes the tipping point for ‘glass slabs’ will be when 5G take-up is ubiquitous. At that time data speeds will allow so much more to be done in the cloud that a handset will change from having all the power ‘on-board’ to just being a dumb terminal for the cloud. That opens the way for a major rethink of design and format. HTC says it is well ahead of the revolution to come.

My recommendation: It’s a good flagship glass slab worthy of consideration if you don’t want a 3.5” audio jack (HTC says you want better sound from the USB-C port and supplied dongle) or wireless charging. Its Edge Sense may tip the scales in its favour.