Huawei, China, and the US: A real threat, hypocrisy or just good business? 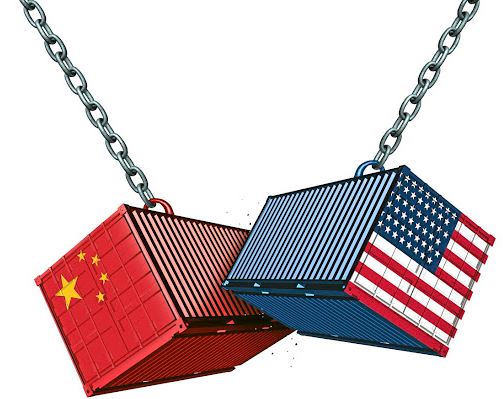 Another week and another development in the Huawei saga. What do you think of Huawei, China, and the US – is it a real threat, hypocrisy or just good business?

GadgetGuy’s US security analyst, Sam Bocetta, a fiercely independent, journalist, gives us the US slant on Huawei, China, and the US. Please note that this is more about Huawei participating in the 5G roll-out and providing telecoms infrastructure. Its consumer division (phones, PCs, etc.) is affected by ‘inference’.

Well, it seems no one knows for sure. One minute you have the President and US officials stating that Huawei is bad (and that is on a good day) and five-minutes later you have the President softening the ban and US officials scratching their head as to what he really meant. One thing is for sure – life is never dull, colourless or boring in US politics.

The latest position – a bet each way

As WIRED reports, the ‘global ban’ on the use of the company’s products (all products – not just 5G) is starting to look less global, and less like a ban, by the day.

The latest development is that a UK Parliament committee has rejected a proposed ban on UK carriers using Huawei’s 5G equipment. “There are no technical grounds for excluding Huawei entirely from the UK’s 5G or other telecommunications networks,” UK Member of Parliament, Norman Lamb, chair of the Science and Technology Committee, wrote in a letter of 10 July explaining the committee’s conclusions.

However, we need to point out that Lamb also had a bet each way stating, “Huawei is a closely watched company, and if it were ever to engage in malicious behaviour it would not go unnoticed and would destroy its business.” He also added that there were core and non-core parts of the network the Government should mandate the exclusion of Huawei from the core of the UK Telecommunications network.

To Ban or Not to Ban? That is the Question

These latest findings come shortly after the European Union decided not to ban Huawei’s 5G products outright, but instead to allow member states to make their own. However, there was another bet each way. “If Huawei meets all the [security] requirements, it can take part in the 5G network roll-out.”

Those recommendations came after the US appeared to soften its stance on the Huawei ban as well. And to be clear, Trump was speaking about the US Department of Trade issuing a specific license for existing, not new components and technology and mainly for its consumer (phones) business.

I say, ‘appeared to’, because like a lot of decisions in the US at the moment, this one appears to have been taken unilaterally by Trump. Trump (sort of) went back on the ban following a dinner with Xi at a G20 summit earlier in the month, and since then policy interns have been given the unenviable task of translating his vague statements into official US policy.

There are plenty of possible reasons for this U-turn, and I’ll come to those in just a minute. First, though, it’s worth reminding ourselves exactly what the problem is with Huawei’s products.

The Four Problems of the (Huawei) Apocalypse

Amid all the reports, investigations, and bluster, it’s easy to forget exactly what the issue is. So for simplicity, let’s say there are four aspects to it.

First, as an earlier UK parliamentary report found, Huawei’s devices are full of security holes, and the company has done nothing to fix them blaming ‘unfixable’ legacy equipment and legacy operating systems. Its inference is that future 5G equipment will not have such critical vulnerabilities.

Second, the proximity between Huawei and the Chinese government means that it might be possible for the Chinese government to use these holes in order to spy on US, UK, and Australian (and 5-eye) citizens, which in turn raises questions about whether Huawei’s tech is leaky due to incompetence, or whether these backdoors were put there deliberately.

Third, good proportion of the current key IT infrastructure of the US and UK relies on Huawei’s products. If it opens that to 5G, this potentially allows China to launch cyberattacks against critical infrastructure in those countries.

Fourth is a moral argument: Huawei has supplied equipment to the Chinese government that allowed it to surveil, arrest, and harass members of the Uyghur Muslims in western China. Not to mention allegations about supply to North Korea, Iran, Syria and others which are on the US Sanctions list.

As to whether Huawei’s products are full of security holes or the company played loose with code on purpose, the animus between the West and China intensified late last year when Canada arrested, Meng Wanzhou, Huawei chief financial officer and daughter of the company founder, Ren Zhengfei. The arrest came at the request of the US, which thinks Huawei violated sanctions related to Iran. Official extradition proceedings are underway.

This development has made Canadian citizens curious about why their government welcomes some Chinese products, such as VPNs, which could conceivably have similar security shortfalls as Huawei smartphones and telecommunications equipment.

Meng’s arrest created an understandable public interest in the increased data privacy and anonymity provided by locally owned Canadian VPN choices. Keep in mind more than half of all free VPNs (which tend to draw the attention of those just becoming aware of the idea – I suggest avoiding those) are owned by Chinese entities or were developed by Chinese inventors, though western governments seem unconcerned about that.

The US government: Is it a bigger danger than Huawei?

For years, the US and UK governments have tried to force tech companies to build backdoors into their products. They say they need this to investigate crimes. But a backdoor is a backdoor, as my Grandmother never said, and there is no way of making a security hole that is available to law enforcement but not hackers or government surveillance programs.

As for the accusation that the Chinese government might use Huawei’s products to spy on US citizens: I chuckle aloud at that. US citizens are already subject to the largest surveillance program in the history of humanity by their government. Hypocrisy? I think so.

When it comes to protecting key infrastructure, there is perhaps a far stronger case. But again, here’s the thing: international geopolitics is (nominally, and ineffectively) governed by international law. When it comes to cyber-warfare, there is no law. The Stuxnet attack (US against Iran), WannaCry (Russia vs. US), and alleged Russian interference in the most recent US elections all passed by without serious consequences for the attackers. That’s not to say these attacks aren’t dangerous – they are – but they are also just a feature of politics in 2019.

Lastly, and about the moral argument for not using Huawei’s products, it seems problematical for either the US, UK, or Australia to claim that high ground for anything.

So, in short, the US complains that the Chinese government may be forcing Huawei to build backdoors into its products. But the US government is already doing the same for US manufacturers.

Is this hypocritical? Indeed, but I live in a country where free speech is allowed, and I can write this without fear of arrest or re-education.

But it’s unlikely that hypocrisy is the reason that Huawei is slowly being allowed back into the fold.

Call me cynical, but I think it’s just good business. Look at the raw numbers.

Huawei had a record-breaking year in 2018, selling over 100 million handsets, and bought $11 billion worth of products from the US last year, according to founder and CEO Ren Zhengfei. It’s even possible to make the argument that the AI and machine learning algorithms that are helping to protect both America’s grid infrastructure and companies around the world, most of which are US developed, wouldn’t sell so well in a decreased threat environment.

I am not sure exactly what Xi said to Trump during that G20 dinner, but I can guess. A ban on Huawei’s products, of the type the president was apparently supporting before that meeting, would cost both countries plenty of money. And perhaps that’s worth more, ultimately, than national security.

And Trump likes to have the winning hand. Pity its not poker.

We have reviewed several Huawei devices and use the same comprehensive paradigms to rate all smartphones. Huawei has not attempted to influence ratings – it is justifiably good gear. All review devices are subject to signed loan agreements, and some are on longer-term loan to see how they perform over time as reference devices, e.g. the P30 Pro is our reference camera phone since it is a top performer. This is no different from other phone makers with which we have reference agreements.

We have covered the US/China Trade issues extensively. As part of that we have covered the impact of these on the future ownership of Huawei devices. We don’t have the foreknowledge to make conclusions about the brand’s future.  We will continue to monitor the story, especially mid-August when the Google exemption expires and it may well be October before the Executive Order is enacted.