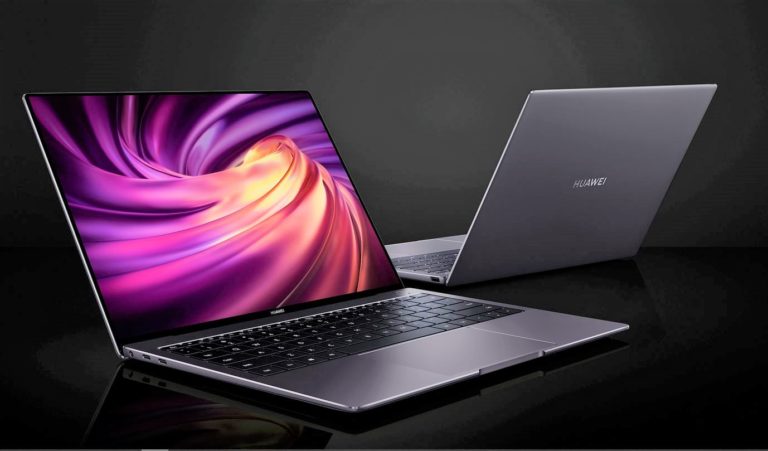 The Huawei MateBook X Pro 2020 is one of the best looking 13.9” subnotebooks with a very ‘Apple-Esque’ Space Grey machined alloy chassis. It is the third generation to use this chassis – when you are on a good thing stick to it.

The Huawei MateBook X Pro 2020 model appears largely unaffected by the US Presidential Edict facing its Android phones. It has Windows 10 and Microsoft’s special form of spyware that is ostensibly there to make your Windows experience easier. Yes, Huawei has a PC Manager that can automatically update the device and it too collects PII if you let it.

We reviewed the 2019 version and rated it 4.9/5 – close to perfection. This is déjà vu. It has much of the same that made it great, but as we delved, we found some subtle differences. And what a difference one year makes to teh competition.

It is a screen that pops – great colours. It is a shame that it does not have higher ADOBE RGB for creatives as the 3:2 ratio is all about productivity.

3:2 will display an A4 sheet (portrait) or two A4 sheets (landscape scaled). When viewing 16:9 video content, there are larger black top and bottom bars.

It does not support an Active pen (digitiser), but you can use passive capacitive pens and Windows Ink.

When running the tests, we discovered that it is indeed the same panel as the 2019 model – the review unit’s panel was made in 2017, so I guess they got a good bulk-buy deal.

While the raw figures on mains power are slightly faster than the 2019 model, they are lower on battery power. CPU-Z tests confirm it is throttled to 15W TPD on battery.

Noise is 30-38dB, noticeable, but not obtrusive.

Temp under load: CPU 78°, 43° bottom and 45° top although over trackpad deck it was closer to ambient temperatures – the main heat is under the keyboard

This GPU is for battery life limited to 10W TPD – again not reaching its potential rendering speeds.

It handles Adobe Create Cloud and other editing/CAD apps. That is why it is a shame not to have higher ADOBE RGB levels.

But it has weird partitioning. Apart from what Windows needs, it has a C: Drive of 80GB and a D: Drive of 858.25GB. I recall that Windows did suggest a separate boot and rescue partition, but it seems such a waste.

There is no micro-SD slot, but with Flash drives and external disks, this is not an issue.

I have the 2019 MateBook X Pro, and it seems faster! Not by much but as far as I can tell the 2020 model throttles quite severely on battery. It has a maximum TDP of 15W, which means you are buying a 6-cylinder (25W) and using 3.6-cylinders. And the MX 250 processor is an average of 11% less slower.

Having said that it has plenty of power for almost anything and tests are there to reveal useless stats that nerds can fuss over.

The 2019 model has a 20Gbps (PCIe 2-lane) implementation of Thunderbolt 3 – the processor choice left it short of PCIe lanes to get any faster. That is my one beef.

But the 2020 model, well it must have Thunderbolt, but there is no symbol nor mention in the specs. WTF?

Well apparently due to US restrictions Huawei could not licence Thunderbolt 3. So, the ports are ‘officially’ USB-C 3.1 Gen 2 with ‘benefits’ if you can get the Thunderbolt 3 drivers (and these appear to autoload anyway).

Anyway, for a non-Thunderbolt device, it certainly achieves Thunderbolt 3 speeds on the front-most USB-C port.

It gets 866Mbps at two metres from our reference NETGEAR AX12 router.

Huawei Share – Interesting if you have a Huawei smartphone

An NFC-like pad allows you to mirror your Huawei smartphone screen, drag and drop files, edit and more.

It has quad speakers. Two mid-woofers (not subs) L/R under the sides of the keyboard (towards the front) and two L/R up-firing tweeters beside the keyboard. It is a standard Intel Realtek setup, max 24-bit/48000Hz.

The extra speakers give a reasonably wide sound stage as well as some height, but they lack the ‘oomph’ of the 2019 model. More on that later*.

Maximum volume from the left speakers was 78.1dB, but the right was only 62dB. We adjusted the L/R balance and averaged 70dB. This is odd. We later found that the Windows audio overrides the Realtek Audio Panel settings – once fixed the volumes equalised aroubnd 70dB – not as loud we we would have expected.

Natively it is a Mid sound signature (bass ‘severely’ recessed, mid boosted, treble recessed). Its fine for Skype but did not do justice to music or movies.

* In all respects it is the same setup as the 2019 model with one major omission – no Dolby Audio app or adjustment. Without that, the sound is nowhere as good. I understand there is a hack to install a third-party app DynamiQ that may get more bass. Another casualty of the US Presidential edict.

Lack of Atmos also impacts corded, or BT headphones as you have no pre-sets for movie, voice, music, sports etc.

It is a .9MP unit capable of 1280x720p stills or 720p video. The pop-up camera sits between F6 and F7 and over-emphasises double chins – I don’t need that. It also acts as a privacy switch. Still, it is a good compromise – I would rather have the narrow bezels any time.

There are four far-field mics under the front lip of the keyboard deck that can pick up a voice to four metres away although the Realtek chip only supports stereo mix recording. I suspect their real use is in noise-cancelling for video conferences.

The webcam colours and dynamic range are off. You need to play with HDR and brightness.

It idles at between 5-12W so if you leave it on the battery will exhaust in 5-10 hours.

Since then there have been so many great ultralight notebooks from Dell, Lenovo, HP, ASUS and Acer that it is no longer class-leading – it is part of the pack.

Overall, it’s a great notebook but not the one that I originally salivated over. Issues like no Dolby and its slower all around. This is gen 3 – its time for a complete redesign.

Reasons to buy – 3:2 screen, still small, light and sexy but that is it.

The killer is that many others are now Intel Athena certified for small, always-on, all-day notebooks that do all that this does and more.

And it has some issues. It is a tad slower than the 2019 model, video performance is slower and what is with this ‘unlicensed” Thunderbolt 3 port?

Features
Value for money
Performance
Ease of Use
Design
Reader Rating0 Votes
Lovely design but getting dated
Great screen – but not for professional use
Good battery life but high idle wattage means more recharges
Wi-Fi AC (expected AX)
No Dolby Atmos - you need it
No licensed Thunderbolt 3 (yet it has it)
4.2