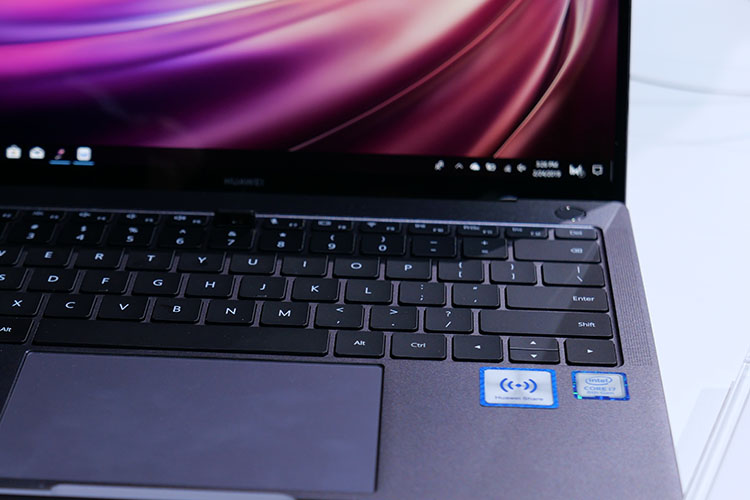 Barcelona, Spain: Synergy is quite the buzzword. It can mean somewhat related businesses working together to create something new. While I’ve been hanging around Huawei in the lead up to the Mobile World Conference, I have not heard Huawei use the word “synergy”. Instead, with the new range of Huawei MateBook computers, it has simply practised it.

How? By making Huawei phones and (some) Huawei Matebook computers talk to each other in a wonderfully seamless way.

All this is part of the company’s new and updated PCs. The existing Huawei MateBook X Pro is being updated, while the new MateBook 13 and MateBook 14 are being released to the market.

The Huawei MateBook X Pro has been the sole recent computer offering from the company in Australia. It’s the company’s premium model. The update is mostly to do with a few internal matters, and of course Huawei Share 3.0. On the outside, not that much has changed. Which is all to the good, since our Editor titled his review a couple of weeks ago “Huawei MateBook X Pro is close to perfection”.

But the big change is that very cool sharing system. It’s called Huawei Share 3.0 OneHop. Huawei demonstrated this at the launch, and allowed me to play with it a couple of days later. They took a photo with a Huawei phone, tapped the phone on the computer, upon which the image appeared virtually instantly. Transfers the other way work as well. It also works with video and general documents. Clipboards can be shared, so you can grab a section of text from a document on a computer and then past it into a text on your phone. Likewise, you can share screen shots directly. Indeed, you can have your phone record the screen actions.

It was impressive, because a presenter did all that stuff live on stage, and it worked seamlessly, despite what must have been a pea-soup of communications RF in a huge venue with hundreds of tech journos. Days later in a back room of the huge Huawei exhibition stand at the Mobile World Conference, I was able to do the same things.

Perhaps what’s most dazzling about it is not just the ease which which it’s done. It’s the speed.

How do they do it? There’s an NFC patch on the computer just to the right of the touch pad. Tap this and NFC is used to establish communication. Both phone and notebook then switch instantly to direct Wi-Fi communications to transfer to the data. Since they are no more than millimetres apart, speeds are enormous.

Given the extremely thin bezel, where does the camera go? Huawei has put it in the main body of the computer, behind the keyboard. But it’s recessed into the body of the computer, popping up when required. And that means that you can always be confident that it isn’t working when you don’t want it to because, buried in the computer chassis, it is physically incapable of capturing any images.

The computer is stylish, light (1.33 kilograms) and eminently desirable.

Of course, not all of us can afford the premium model of computer. We haven’t seen any lesser Huawei models in Australia recently, so I asked several Huawei people, including Wang Yinfeng, President PC & Tablet for Huawei, if we can look forward to a wider range. He said that after the gratifying acceptance in the Australian market of the Huawei MateBook X Pro, the company was looking to expand its portfolio of products this year. That would likely be accompanied by an enhanced marketing effort. A couple of days later, all indications are stronger. We can be very confident of an announcement of Australian availability in the near future.

That being the case, it’s worth mentioning that Huawai also launched the MateBook 13 and MateBook 14, both of which are step back from the premium offering, but are still pretty impressive in their own rights.

The Huawei MateBook 14 is a little heavier than the MateBook X Pro, and the screen resolution is “only” 2,160 by 1,440 pixels. But it has a fingerprint scanner and the same OneHop sharing capabilities as the MateBook X.

The Huawei MateBook 13 scores a smaller display, as the name suggests, but it also has the OneHop feature.

Keep and eye on this Huawei’s Australian site here to see when they become available to us.