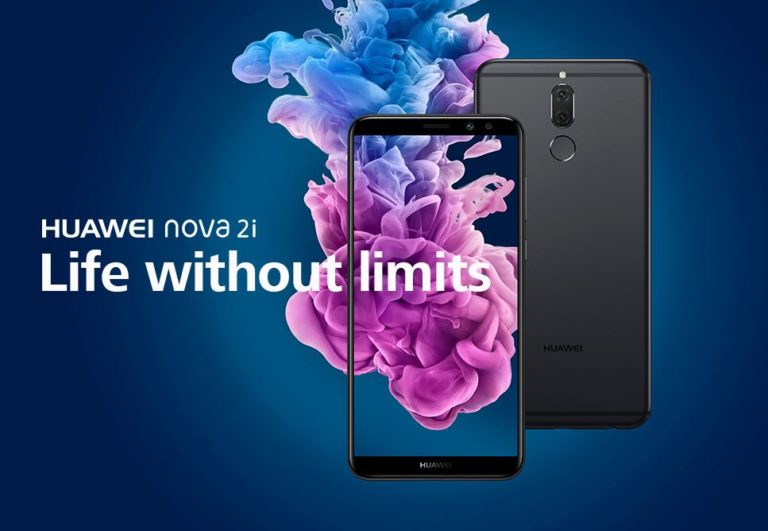 Huawei Nova 2i – big phone for a small price (review)

The Huawei Nova 2i has been around since late last year. It hit the market at $499, but a recent price drop to $399 makes it a worthy competitor in the mass-market segment.

While the Huawei Nova 2i has some impressive specifications in screen size (5.9-inch) and four cameras (dual front and rear) it is made to meet a price. That means some compromises. For the most part, these are totally acceptable in a $399 handset.

Out of the box – Huawei Nova 2i

The first impression is a slim 18:9, large screen, glossy slab with a matte black metallic back. Very similar to all the other 18:9 glossy slabs.

Screen – big for the price

Huawei calls it a Full-Vision display. It uses an RGB matrix which tops out at a respectable 450 nits. Contrast is good at over 1800:1.

Except that it never looked that bright and daylight readability was poor. You can play with colour temperature, but it never reaches a pure white.

I found the auto-brightness adjustment too aggressive favouring battery life over usability. Turn it off and manually set brightness to suit.

There is no mention of a screen protector. It is not Gorilla Glass, yet the fingerprint magnet capacity indicates there is some screen protection. I suspect it is a GFF (the upper level of the screen is a tempered glass).

But remember a mass market device it is not going to be like Huawei’s P20 Pro or Samsung Galaxy S9.

On that basis, the screen is good as good as you get.

Performance – adequate but no powerhouse

Huawei is chuffed with the success of its HiSilicon chip design and Kirin SoC. It knows that to compete with Samsung et al. it must have design level access to the silicon and better supply chain control.

In practice apps loaded fast, multitasking was OK, and all worked well. Unfortunately, when it comes to the usual benchmarks, the Nova 2i’s Kirin chipset scored the bottom of the pile.

To put this in perspective, the Kirin 659 is about half the benchmark speed of a Qualcomm Snapdragon 660.

As a mass-market device, it is as good as you get.

It has a single down firing speaker in the base. The sound is a little shallow and distortion is noticeable at maximum volume. There is no bass at all. This is a mid-sound signature best for voice.

The ringer volume at 80dB is excellent and music/speech volume at 70dB if fine for hands-free use.

Frequency response is 300Hz-10kHZ. When paired to a top-drawer Sony WH-1000XM2 Bluetooth headset it provides good bass, mids and recessed treble. This is a warm and sweet sound signature designed for easy listening. There are no Equaliser settings.

As a mass-market device, it is as good as you get.

Huawei says it is the first mass-market device with dual lens cameras on the front and back. That is the obvious unique selling proposition.

Huawei’s native camera app is both easy to use and has easy-to-reach buttons for a portrait/bokeh mode, wide-angle shots and panorama images.

But GadgetGuy tests using fully automatics settings. After all, that is what Joe and Jane Average use anyway.

Still, images are average to soft regarding detail, with accurate colours, and good dynamic range. The 16MP takes the shot and the second 2MP is there for depth focus (bokeh) and some extra light capture.

ISO went up to 80 and shutter speeds lengthened to 1/100s. A pink cast was evident on white laminate. However, images are quite good with reasonably accurate colours.

The colours aren’t quite right. It is as if the camera tries to overcompensate in post-processing and the colours simply looked different.

The HDR mode makes the image brighter but does nothing for saving the highlights from clipping.

Again, it depends on light conditions. On the whole, selfies are quite good. Here shots were f/2.0 as advertised, focal length 28mm, and shot at ISO 200 for 1/17 second. Hold the camera still – impossible with a selfie. So use the ‘capture smile’ feature to take the shot.

There is a ‘selfie toning flash’ which uses post-production to adjust background light around the subjects.

Huawei Beauty 4.0 allows you to play; there are stickers and a dedicated portrait mode.

3,340mAh is good day of hard use or two days of normal use. But recharge is slow – over 2.5 hours. These days where we all expect fast charge to get you out of a fix.

It is a compromise of a mass-market phone.

It also has a Wi-Fi+ enhancement to switch between Wi-Fi and mobile broadband – whichever is stronger. This is a dangerous option in Australia where mobile data is so expensive. It must be switched off, or you will face huge data costs.

Download speeds over Telstra 4GX ‘four-bars’ reached 150Mb/s – about half the rated speed.

Lack of NFC means you can’t use this for Android Pay etc.

The second sim slot is for a microSD to 256GB or a second sim. But the catch here is that this slot only supports 2G, so it is useless in Australia.

Huawei advertises the Huawei Nova 2i with Android 8.x and EMUI 8.0.

If you are buying one of these units, it would be worth checking with Huawei first.

It is not unusual to see very similar Huawei phones called different things in different markets. All that changes are the 4G LTE bands (Australia uses a unique band set), camera specifications, memory/storage configurations and occasionally a different resolution or the type of screen.

So, it is not surprising that the Huawei Nova 2i is the Aussie version of Maimang 6, Mang6, Mate 10 Lite, Honor 9i, Honor 7x, Enjoy 8 Plus, and G10. Add to that confusion a Nova 2 lite and Nova 3e bear little resemblance to the Nova 2i.

My point is that many overseas ‘retailers’ take advantage of this confusion and sell a lower-cost phone destined for a different market. Unless you get a Nova 2i, Australian model RNE-L22 don’t buy it.

The phone is excellent value at $399, and the compromises are few – it is a good buy.

Overall
Features
Value for money
Performance
Ease of Use
Design
Reader Rating0 Votes
5.9", 18:9 screen is way above what you expect for $399
Acceptable compromises for the price
3.9