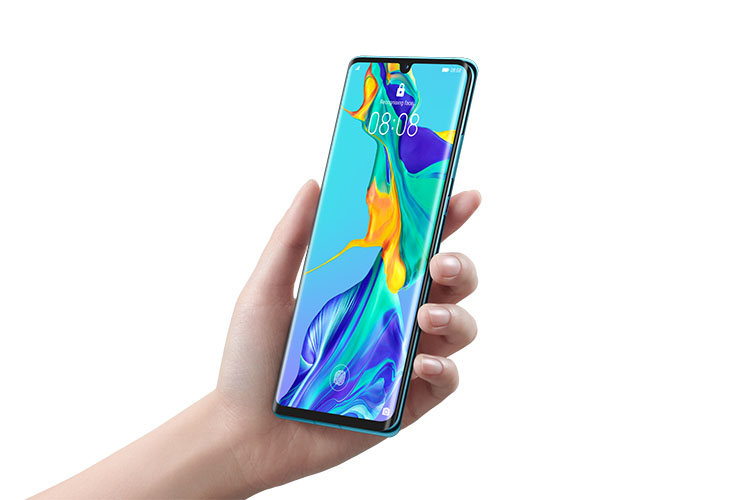 Over in Paris, Huawei launched its two newest premium phones: the Huawei P30 and P30 Pro. I had the opportunity to spend a couple of hours with the latter in one of the most beautiful places in the world, Uluru in the Northern Territory. Allow me to share my close encounter with the cameras of the Huawei P30 Pro camera.

This is a quad camera phone, with three kind of conventional cameras on the back, plus a special “Time-of-Flight” camera. That last one apparently captures depth information which can be used by the processing engine to create special effects in portraits and so on.

The other three are for wide angle, standard and telephoto.

The standard lens uses a new 40-megapixel sensor which Huawei has labelled “SuperSpectrum”. The company says that it is far more sensitive than previous sensors, allowing it to be wound up to an ISO setting of 409,600. By default it outputs 10 megapixels, so there are four pixels to capture light for each output pixel. You can change it in the settings to output 40 megapixels. I guess you’d only do that if you have a compelling reason for super detailed resolution.

This camera has an aperture of f/1.6 and a 35mm-equivalent focal length of 27mm.

The next camera is a 20-megapixel wide angle unit. Very wide angle: it comes in at 16mm in 35mm-equivalent terms. Its aperture is f/2.2.

Finally, the telephoto camera uses a periscope system to increase its focal length to 135mm equivalent. It is an 8-megapixel unit with a relatively slow f/3.4 aperture.

The phone can combine the output of two cameras at once to generate intermediate levels of zoom.

Zooming on the Huawei P30 Pro

But first, I note that switching between the main camera modes is easy. The app always fires up showing a zoom level of “1x” on the indicator at the bottom of the app screen. That denotes the standard 27mm-equivalent camera. Tap that and it jumps immediately to “5x”, and that means the 135mm-equivalent camera. Tap again and there’s an AI-assisted “10x” “hybrid” zoom. It’s kind of a digital zoom, but it apparently combines data from the main and telephoto cameras. Tap yet again and the camera flips over to the wide angle camera. The app shows “Wide” on the screen. A final tap takes you back where you started.

And, of course, you can choose any level of intermediate zoom by pinching or unpinching the screen. Furthermore, you can go beyond 10x all the way to 50x, although clearly that comes at the cost of the phone having to make stuff up. So, of course, it looks soft and fuzzy.

I should note that I asked Huawei if the camera app in the phone available for testing was final, and it said no, that it wasn’t yet. So, there may be further tweaking before the phone hits the shelves, and indeed even after that.

For example, there are many app functions, and some were not yet fully implemented. The main scroll bar across the bottom of the app gives access to Photo and Video modes, of course, plus “Aperture”, “Night”, “Portrait” and “Pro”. At the end is “More” from where you can choose a whole bunch of other features, such as Time Lapse, Slow Motion and quite a few filters.

“Portrait” uses that timing camera to help it work out how to optimise the picture. “Aperture” attempts to fake various apertures from f/0.95 through to f/16 by trying to adjust the appearance of the depth of field. How well that works is going to depend a lot on the image. Small apertures presumably try to bring out of focus stuff into focus. That can only by my means of some form of sharpening and I can’t say that it was particularly successful. Fake larger apertures are more successful. They can defocus elements of the image it decides are distant. If it can identify them. Sometimes it does, other times it doesn’t.

“Pro” leaves everything on auto but allows you to make manual adjustments on one or more of ISO, white balance, shutter speed and focus. You can also dial in some exposure compensation in this mode. And, also, you can have the phone record RAW images in addition to JPEG. That only works in “Pro” mode. Here are the main options in Pro mode:

“Night” mode was quite fascinating. Like the previous generation of Huawei phones, it works by taking multiple frames over several seconds using different brightnesses and then combines them. But with the Huawei P30 Pro it uses AI technology (so says Huawei) to align these frames, so you don’t have to use a tripod. As we’ll see, it is capable of some impressive results. I should add that out of a couple of dozen “Night” mode shots I took hand-held, only one was badly smeared.

Typically “Night” mode took five to eight seconds to gather light for its image. But I did try some on a tripod as well and the Huawei P30 Pro seemed to sense that it was on a steady platform rather than hand-help so it took some shots over time periods from 30 to 60 seconds. It didn’t try to do that when the phone was hand-held.

Finally, there was the regular everyday “Photo” mode, which is what most of us use most of the time. This was fully automatic, of course, but also “AI” assisted. You can switch the “AI” off if you like. Leave it on and it tries to identify the scene to optimise its settings. Conveniently, it tells you what it has decided.

That led to some amusing, but not inappropriate, results. It decided that the red desert around Uluru just before dusk was “Autumn Leaves”. The nearby Field of Lights art installation was a “Stage Performance”. It very frequently labelled landscapes “Blue Sky”. I would have liked to check out the mode for green grass and bushes because the AI on the previous generation of Huawei phones produced rather sickly results, but there wasn’t much in the way of greenery available.

For the stuff available for photography, the decisions made by the Huawei phone were generally apt. Here’s what the standard photo screen looks like.

Now, there’s a natural temptation to assume that the “Wide”, “1x” and “5x” modes are the real images, un-adulterated by digital processing (beyond the processing always required). That would only be two thirds right. Examining the output images, I noticed that those shot in “Wide” mode were always 20 megapixels in size. That’s the size of the sensor. Those shot at “1x” were always 10 megapixels, since I didn’t change it to 40-megapixel mode.

Is that a problem? Well, no. The phone did a pretty respectable job producing those 10-megapixel output images. You might argue that perhaps hard edges were a touch too sharp, with a slight sense of contrast-enhancement sharpening. Me? I think it’s just the right side of being overdone. I was impressed.

Here’s a long shot of the “Rock”, using the standard camera:

And from the same place, here it is on 5x zoom:

Here’s a section of the same shot, cropped down rather than scaled. It’s a trifle edgy at the boundary, but nonetheless impressive. Remember, this was a phone taking this shot:

In this shot I used aperture mode, pushing the notional aperture wide open to f/0.95. The phone tried to work out which parts were far away so it could push them much further out of focus. But there’s only so much current generations of AI can do, so it missed the bit underneath the foliage. (But I did some quick experiments in other circumstances, and the phone handled them much better.)

It was after 8 pm in the desert. I had no idea Uluru was on the horizon, it being pitch black. But I took a handheld shot anyway and the following image was taken. The phone pushed the ISO to 65535 and used a shutter speed of 1/4 second. There’s shift, but a surprisingly interesting and useful photo:

And then I tried “Night” mode. Again hand held. This time the overall exposure time was eight second! But the ISO was only 5000. The camera stitched together a lot of images and assembled the following photo. It’s sharper, clearer and the colours are far more realistic than the other. And still it’s hard to accept how cleverly the AI has aligned what must have been many images:

To conclude, here are two more shots using “Night” mode, this time at the Field of Lights art installation. They were taken fifteen minutes either side of 6am. It was pitch black when I took the first one. In both cases I had the phone on a tripod and in both cases the ISO was 100 and the image was assembled from a bunch of images taken over 30 seconds. This one used the standard 27mm-equiv camera:

And this one used the 5x zoom mode. Notice how the lights, now quite dim since they’ve been shining for hours since their last solar charge, are still clearly visible despite the looming dawn:

It’s hard to believe that these photos came from a phone camera phone. A phone camera! If your main consideration when purchasing a phone is an impressive camera, look no further than the Huawei P30 Pro. Especially if you want good photos in low light or a truly effective zoom lens.

Huawei’s website for the Huawei P30 Pro phone should be linked at the top of this page by the time you read this.

The author was hosted on this trip by Huawei.