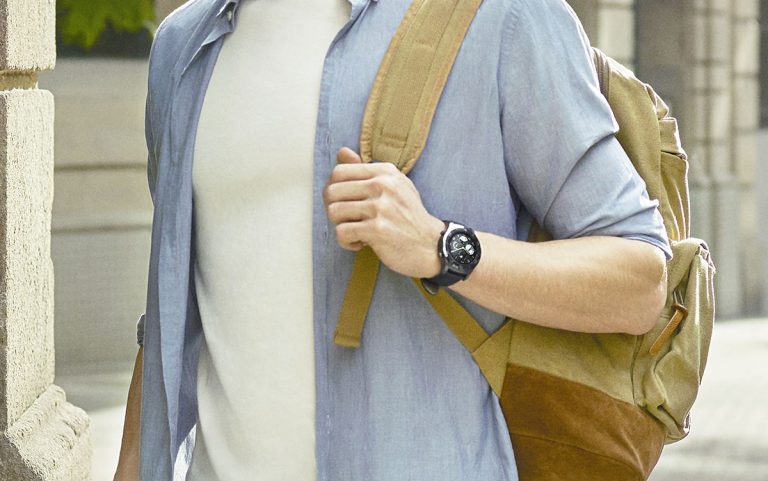 From next week you’ll be able to purchase the Huawei Watch 2, a smart watch with quite a difference: it has its own SIM for connecting to the 4G network. Vodafone’s specifically at the outset. It’s from Vodafone that it’ll become available on the 16th of August.

Smart watches generally work in conjunction with a nearby smart phone, connecting by Bluetooth. And indeed the Huawei watch does as well. But if you need to step away from the phone, the Internet stuff that a smart watch usually does via the phone, well, the Huawei Watch 2 can continue to do via its own cell network connection.

And best of all, you can make and take calls with it, no phone needed! I’m not entirely certain how this works, and I imagine that battery life would be limited, but the device does feature dual microphone noise cancellation. I would have thought the best way to use it, though, would be via one of the dozens of hands free Bluetooth earphone sets one can buy.

The watch packs an AMOLED display, which ought to provide a true black background for its various watch faces, making their colours really pop. The 30.5mm round face has a display resolution of 326dpi (equivalent to a 390 by 390 pixel resolution for a square 1.2 inches on a side.)

It runs Android Wear 2.0 and full integrates with all the latest smart Android stuff, including Google Assistant. In addition to the many apps designed to work with Android Wear 2.0, Huawei’s own Daily Tracking App. It has its own app store so that if used with an iPhone, you can still install third party watch faces and apps.

Physically, the watch has seen a bulk reduction since the previous Huawei Watch. The watch body weighs 42 grams. A 420mAh battery is used which Huawei lab testing suggests is good for 2 days of “typical usage”, ten hours when being worked hard with heart rate and GPS monitoring, and three weeks in a low power mode that runs only the traditional watch timer and the step counter.

Clearly aimed for the more sporty kinds of users, it features what looks to be a fixed 60 notch timer bezel, a full range of sensors including GPS, GLONASS (the Russian GPS), accelerometer, gyroscope, barometer, heart rate sensor, ambient light sensor and geomagnetic sensor.

The display is protected with Corning Gorilla Glass and the watch is IP68 rated, which means complete imperviousness to dust and immersion in water to depths of over a metre.

The Huawei Watch 2 will be available on Wednesday 16 August from Vodafone outlets and will cost $599.