If you don’t # DeleteFacebook it’s your funeral 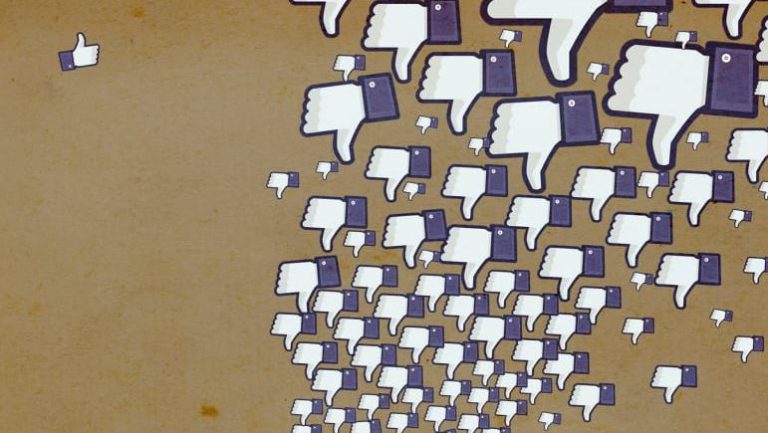 # DeleteFacebook is a rapidly growing movement that has seen over US$80 billion wiped off Facebook’s share price, or Faecesbook as it is now known, since the ‘Fit hit the Shan’ on 16 March. Shares are going to tumble further.

While this is not good for shareholders who are jumping ship like lemmings, we hope it is translating into masses of the 2.2 billion users invoking # DeleteFacebook.

GadgetGuy does not often make political statements, but unless you protest by doing a # DeleteFacebook, the recidivists will continue to get away with the most significant privacy abuse in history.

Why do we hope you will # DeleteFacebook? No one company should have that much knowledge – power. Power corrupts, and absolute power corrupts absolutely.

It is time to put the handbrake on rampant privacy abuse. Mark Zuckerberg et al., have proven beyond any doubt that they don’t deserve our trust.

A half-hearted apology does not make things better

Zuckerberg made a half-hearted attempt to apologise over the Cambridge Analytica debacle, but it was a non-apology, a streak of brilliant wordsmithing.

Simply the best Politspeak obscuring what he means, and he is not sorry. Zuckerberg knows exactly what Facebook does, and at best gives lip service to tightening control. If you believe him sincere, you believe in Santa Claus.

But just when things seemed to have settled down came ‘Callageddon.’

This week Facebook users were rocked by the discovery that Faecesbook was caught shitting all over its user’s privacy again.

Facebook Messenger was caught storing all voice, and text messages and Telco carried phone calls to and from your Contacts. All that information including speech converted to text and mined for keywords ends up your profile. What next WhatsApp and Instagram spying? LOL if it was not so dangerous.

GadgetGuy has covered Feacesbook’s blatant attempt to capture user’s web visits via its Onavo VPN. Nothing seems sacred to this company.

If something is free, then its product is you!

Repeat that survey today, – I suspect 100% would not trust Facebook.

Facebook is not “selling our privacy”. We give it to them freely by signing up. They then sell the information we provide. That is their business model, and it has been extremely profitable for them to date.

It’s also why Mark Zuckerberg isn’t apologising – he’s been open about that since they started. If you don’t like it – don’t use it.

Facebook is a bunch of scum who play fast and loose with the truth and people’s understanding of tech. Evil is as evil does. Regulate Facebook now – out of existence. The root of all evil is the money Facebook makes selling our privacy up the creek to bad actors, but the biggest bad actor of them all is Facebook!

The sentiment is turning against ‘Silicon Valley’, and Facebook is regarded as the tip of a sinister iceberg.

Apple CEO Tim Cook has come out swinging against Facebook saying, “We are not going to traffic in your personal privacy. Privacy, to us, it a human right and civil liberty.” What Cook did not say is that it is OK for Apple to know everything about its users to drive sales to profitable services like iTunes, Apple Music etc.

Google’s old mantra was ‘Don’t be evil’ recently updated to ‘Do the right thing’. Google has a tonne of information about you including Gmail, calendar, contacts, search, location history and more. Android is a thinly veiled vehicle to sell more targeted advertising delivered by Google services. At least it’s a closed loop.

Microsoft Windows has default privacy settings that are repulsive. But to be fair it walks you through these in setup and the system performs flawlessly with all settings turned off. Then you ruin it all by using Cortana and Bing that get to know you a little too well.

Interestingly there is a major groundswell against Amazon too. Even US President Donald Trump does not like it. US Congress will investigate further. Sure, that is mainly about taxes or lack thereof, but the still waters run much deeper.

There is significant concerned at Amazon’s Alexa, business model. It is not to voice-enable everything. It is just another subtle way to collect so much information that Amazon (and its merchants) can sell their products to you. Alexa Skills is just another word for data-sharing. The suspicion now extends to everything hosted in the Amazon cloud (AWS) to.

To be fair most big guys have accessible pages to see what PII they have so you can delete or modify it. Most have accessible switches to turn on extensive privacy measures like do not track, block advertisements, private mode browsing, and turn location/ID off.

They appear to be far more responsible and respect its use. They know abuse would send them out of business.

But I don’t trust them either. I strictly limit the information they collect by using privacy switches, VPN, alternate online identity, etc. Investigate Ghostery – it does a great job of helping to make the web cleaner!

I may be naive, but I tend to believe these companies have more to lose and will respect us. If you don’t, please use Linux and wear a tinfoil hat!

# DeleteFacebook is a top priority, but there are too many ‘mini-me’s.’

Then there are the others we all deal with. Banks/finance, insurance, utilities, comparison websites, retail and online stores, loyalty cards and more – all collecting masses of PII.

Coles Flybuys, Qantas Frequent Flyer, Virgin Velocity, Woolworths Rewards and many store cards appear safe. But they know so much through their partner network it is scary. They share data freely with those partners that can afford it.

Comparison websites are a very deep, dark, rabbit hole that you should never go down. Sure, some are slightly better than others privacy-wise. But they all want masses of PII to enable them to compare everything from mobile phone plans to health insurance. Not only do they get commissions from so-called objective comparisons, but they gain information to sell to partners.

Fact: There is nothing legally or morally you can currently do to stop abuses of your PII.

We need a universal online bill of rights with teeth

No single, comprehensive, law sets out our online rights. Where such rights do exist, they have developed, in a piecemeal, Band-Aid fashion.

It is heartening that the ACCC will conduct an enquiry into Facebook and Google’s practices. ACCC has teeth and is not afraid to use them.

I am delighted that the Federal Government seems willing to investigate what is now known as Facebook laws to hand back control of personal data to its rightful owner – you.

All we need is legislation covering

If you dont # DeleteFacebook then read the following