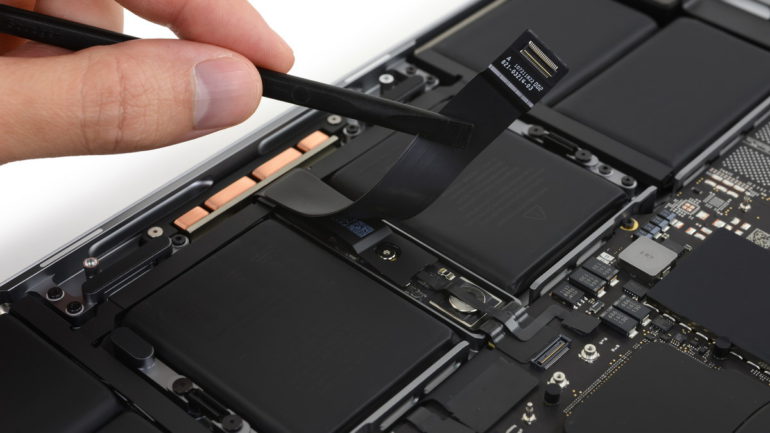 Introducing the powerful M1 Pro and M1 Max processors – while making amends for some of Apple’s past blunders – the 2021 M1 Apple MacBook Pro teardown reveals the notebook that many Apple fans have been waiting for.

The push for ultra-thin yet ultra-powerful notebooks has seen Apple build some ultra-difficult to dismantle and repair MacBook Pros over the years. IFIXIT has taken the knife to the latest MacBook Pros to discover exactly what lies under the bonnet, spying a few improvements.

It’s not just the powerful Apple Silicon that has caught IFIXIT’s attention. The 2021 models are a “renaissance” which brings the MacBook Pro out of the “Dark Ages”. It’s a glimpse of what the 2016 MacBook Pro could have been – making amends for the dearth of ports and loss of MagSafe, while finally abandoning the oft-maligned Touch Bar and butterfly keyboard.

Despite a few improvements, the new MacBook Pro still only earns a 4/10 on IFIXIT’s repairability scale.

On the plus side:

On the minus side:

The new MacBook Pro’s long-term repair options – or even removal of parts for salvage or recycling – are slim. Everything is on the board. The RAM can’t be upgraded, so it is important to consider your future needs. Meanwhile, upgrading the storage may be technically possible, but is highly impractical.