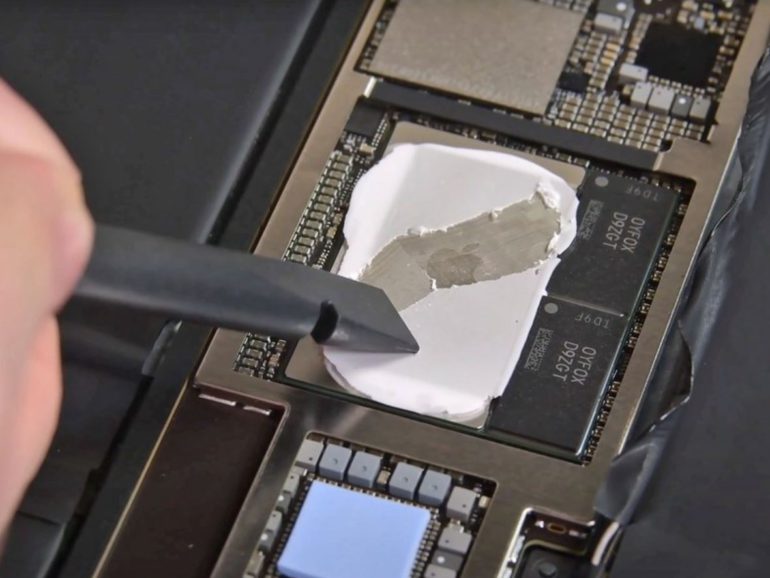 iFixit teardowns H1 2021 get to the heart of the matter. What is inside, how easy or hard it is to repair, and often reveal little secrets explaining why one device is better or worse than another.

The Apple TV 4K (Apple site here) comprises a 98mm square set-top box and a minimalist Siri remote. It plugs into a spare HDMI port and adds Apple content as the Google TV Chromecast dongle (and many more Android TV streamers) for the Android world.

iFixit’s comments relate to hardware, and they were surprised to see a large fan cooking the A12 Chip (2018 iPhone is passively cooled) under the top plate and only 3GB RAM.

* But the major discovery is that it does not implement HDMI 2.1 standards. If you want true Dolby Vision and Atmos, beware that Apple claims it has HDMI 2.1 48Gbps port. iFixit states the Chip is a Kinetic Technologies MCDP2920A4 DisplayPort 1.4 to HDMI 2.0 converter outputting 2.0, 18GBps ARC (not eARC) compressed lossy Dolby Vision/Atmos at a maximum of 4K@60fps (Full reference here). This may not meet your Dolby viewing expectation.

It receives an 8/10 for repairability

Most consider the Samsung S21 Ultra 5G (website here) as the world’s best Android phone. Well, at least in the glass slab, candy bar format. GadgetGuy’s review (Australian Exynos processor model 9.7/10) shows there is a lot to like with this phone. Apart from the processor, there is little performance difference between the models.

iFixit says it is a subtle but significant upgrade from the S20 Ultra but it still scores 3/10 for repairability.