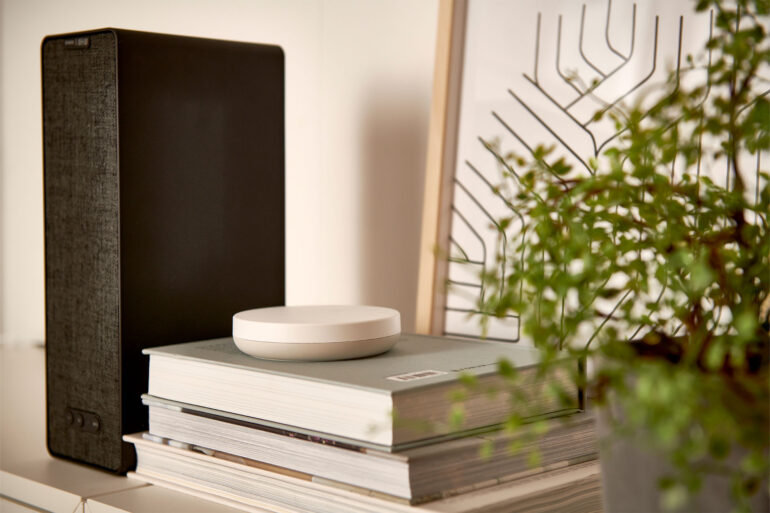 Alongside Dirigera, the Swedish furniture company will release an overhauled Ikea Home smart app to streamline connecting compatible smart home devices. Dirigera will accommodate a wider range of products than Trådfri, which launched in 2014.

Arguably the biggest aspect of Ikea’s announcement is the support of Matter, the upcoming smart home connection standard supported by many major tech companies. Matter is a cross-platform standard intended to make it easier to connect smart devices from different manufacturers. It will support smart technology made by companies such as Apple, Amazon, Google, and plenty more, including Ikea thanks to its recent announcement of Dirigera. Ultimately, Matter is intended to make smart home connectivity easier, faster, and more secure.

One of the major drawcards for Matter’s eventual release is its support of the wireless Thread protocol. Already supported by smart home devices from the likes of Apple and Nanoleaf, Thread is a fast network technology that functions as a mesh network. Instead of relying on a sole connection point, Thread-enabled devices connect to one another to strengthen the overall smart home network of your home.

As part of Ikea’s move toward Matter connectivity, Dirigera will enable you to control all Ikea smart products using its new app. This includes grouping different products together according to your preferences, allowing for more personalisation than the Trådfri smart home hub supported.

Dirigera and the new Ikea Home smart app will launch in October 2022. After multiple delays, Matter will hopefully see a public release by spring in the Southern Hemisphere. In the meantime, anyone with Ikea smart products can continue to use the Trådfri smart home hub and the current app, even after Dirigera launches. Also, pre-existing Ikea smart products will work with Dirigera, so there should be no concerns about compatibility.

When it finally hits the masses, Matter will be a big deal in the world of smart homes, so it’s exciting to see more companies confirming their support of the connectivity standard. Fingers crossed there aren’t any further delays between now and spring.