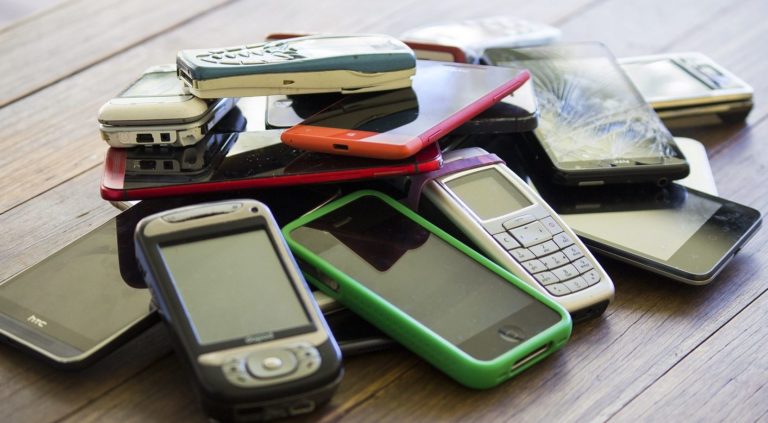 GadgetGuy gets many media invites but the opportunity to see inside Alegre – a real Aussie smartphone refurbishment factory – was one we had to accept.

You see we all hear horror stories of shoddily refurbished phones flooding the market and sold via grey/parallel importers. But when Boost Mobile began using Alegre and offering a range of guaranteed refurbs, it piqued our interest, and we needed to put this under the microscope.

Alegre is one of a small number of Australian companies that have been in the refurb business for some time – since 2012. A bunch of ex-telco and phone company employees that could see the refurb ‘writing-on-the-wall’ even back then founded it.

Since then, US-based Assurant (insurance and leasing) has taken a 20% holding, mainly to provide some access to its vast stock of pre-owned iPhones that come off lease in the US.

Disclaimer – we have baggage

GadgetGuy is/was not keen on refurbished phones – so much, so we wrote a guide to answer “Q: Should you buy a refurbished or second-hand phone? A: The short answer is no. The long answer is maybe, under some circumstances.”

Gadget Guy interviewed Alegre Commercial Director Russell Lornie at its Frenchs Forrest HQ. The interview is paraphrased to avoid copious use of ‘he said’.

So, armed with the presumption that refurbs were not all that wise, we were pleasantly surprised at Alegre’s operations and ethics. We thank Russell for a completely open and honest discussion and full behind the scenes access to the facility.

What this all boils down to is where do the phones come from?

Its hallmark is the secure wiping of data from and providing a certificate to give peace of mind. Or as Russell says, “Proving the pedigree from paddock to the plate.”

These sources supply about 90%+ of its needs, and the remaining (iPhones only) are imported from Assurant in the US where the LTE modem bands cover Australia and the device can be flashed with Australian firmware.

Alegre re-sells (it has the appropriate second-hand licences) about 100,000+ refurbished smartphones a year and could sell far more if it could obtain a reliable supply.

Each smartphone’s unique IMEI is entered into custom software and checked against the AMTA IMEI lost and stolen registry – individuals can also check an IMEI if you are buying a second-hand phone. They are also checked for iCloud or device pin/security locks that need to be removed. Each phone is labelled and bagged to begin its journey.

If a phone has a broken screen or visible damage, it is quarantined for later attention and testing. Accessories such as chargers and earbuds are usually discarded.

Next step is to charge the devices in a massive charging bank.

Because the majority of its phones already have an Australian approved pedigree the main ‘offenders’ are from individuals that attempt to trade-in a phone (via the retail channel) that may be stolen or grey/parallel market and not for Australia.

The charging bank fills the battery to 100% using a standard 5V/1A 5W charger.

Once full, the phones then go into ‘jigs’ and are attached to Blancco software that provides a thorough 72-point mobile diagnostics testing and erasure solutions. This is an extensive process and ensures ‘end-to-end’ assurance that the device is in good working order and data is wiped correctly.

It also assesses the battery health and number of charge cycles. Depending on quality a battery has between 200-500 recharge cycles before it cannot hold a charge. At this time, the phones are graded (A-grade, B-grade etc) and those failing any test or either sent off for repair or recycling.

The target for Alegre’s recycled phones is 80% remaining battery cycles – suitable for a few more years use.

Finally, to clean, polish and pack

All phones are manually inspected and cleaned. For the most part that involves a thorough sanitary wipe, cleaning all ports and ensuring the appearance ‘grade’ matches the Blancco electronics ‘grade’.

Phones with more severe chassis or screen scratches go to the buffing and polishing section. Russell says there is always room for a phone with cosmetic defects as long as the insides are sound, and it costs less.

Then they are packed in white boxes with a SIM pin and approved USB/Lightning charge cable (chargers, earphones etc. are not generally included).

As second-hand goods, they are not subject to Australian Consumer Law warranties. Alegre offers 30-day return warranty as well as a limited 12 months warranty. Russell says they will always err on a customer’s side.

A damaged phone, (e.g. glass, battery, camera, 3.5mm or charging port) is sent to authorised iPhone or other brand repairers. If economical to repair, it is fixed and sent back to Alegre for refurbishment. If not, it is sent for recycling to Mobile Muster – about 5% of phones.

Although not yet a major part of the business Alegre buys fleet iPads, Macs and another Apple equipment. It goes through similar checks and finds homes for these, often via insurance claims or other sources that want lower cost, second-hand equipment.

What brands/models hold most value?

Russell’s advice is to stick to Apple and Samsung and trade-in or up every two years. Although they are beginning to see OPPO as more carriers offer that brand and they also handle Google Pixel, LG, HTC and Nokia.

Phones depreciate at about 3% a month, so after 36-months they are worthless. At that time at best you will get is a token value. Most gift it to a relative, try to sell second hand or put it in the top drawer.

Mobile Muster says there are over 20 million old phones out there and the worst thing to do is ‘top-drawer’ it as there are chemicals and recyclable elements in all smartphones. “If your phone doesn’t have any resale value or has stopped working, then it is time to recycle it.”

The most sought-after phone at present is the iPhone 7 and Samsung S8 series. Any older iPhone has the risk of not being supported by future iOS versions. In the Android world it runs Oreo (8) or later.

Where can you get an Alegre refurbished phone?

Alegre operates Green Gadgets (eBay store here), and you may see other retailers and online stores offering devices under that brand. It also sells via EB Game and Leading-Edge computer stores.

Boost Mobile is a major MVNO, and current prices are here. Note these are not trade-in prices.