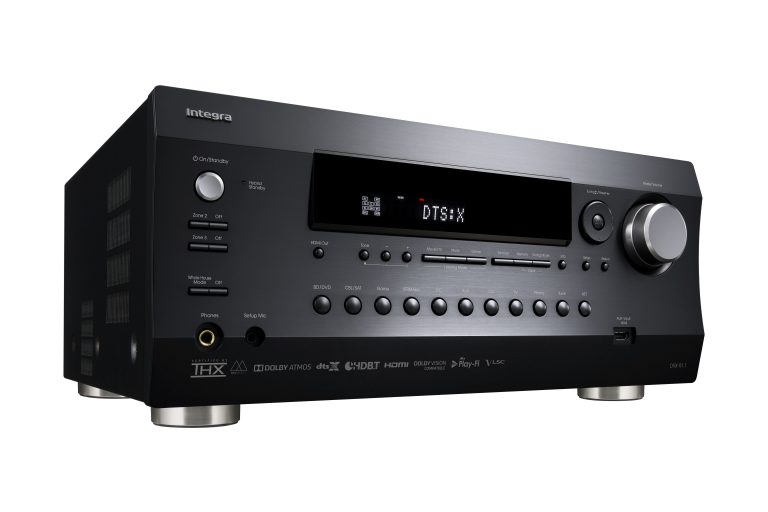 Both Integra and Onkyo have announced the release of a new wireless multiroom audio system called FlareConnect. This upgrades the companies’ home theatre receivers so that they will be able to send music to compatible equipment in different places throughout the home.

To be clear, Integra and Onkyo products are variations on a theme. Onkyo is the brand name sold to the members of the public, while Integra products are generally installed into people’s homes by professional outfits. Either way, the companies have a long experience in providing network music in home theatre receivers. (Indeed, if I may inject a personal note, I’m pretty sure the very first network receiver I ever reviewed, perhaps fifteen years ago, was either an Onkyo or an Integra model.)

They say that FlareConnect will be “enabled via a simple firmware upgrade”, and that FlareConnect “shares, distributes and synchronises music from network-attached and external audio sources, using dual-band 5GHz, 2.4GHz WiFi.” They add that FlareConnect “allows users to enjoy effortless multi-room playback of LP records, CDs, on-demand music services and many more music sources, from anywhere in the home.”

We haven’t laid hands on one of these yet – let alone the two or more of them needed to properly test this functionality – but this sounds a lot like you can access the music from any FlareConnect device – for example, a turntable – that’s plugged into any other FlareConnect device on your network. In addition, of course, to the usual streaming of Internet audio.

As is usually the case with these things, the whole thing will be controlled by an app on iOS or Android.

And the good thing? It’s not just for new products. It’s for both new and old, including 2017 and 2016 models. The products include home theatre receivers, stereo receivers and wireless speakers. (And, just quietly, a range of products from companion company Pioneer will also work with FlareConnect, giving even more options.

Finally, the perhaps not-so-good. Previously Onkyo, Integra and Pioneer products have used FireConnect by Blackfire for multiroom functionality. FlareConnect is an Onkyo/Integra (and perhaps Pioneer) developed system which would seem not to be compatible with FireConnect. If you have a FireConnect-based Multiroom system with components from Onkyo, Pioneer and Integra, along with products from another company, then after the firmware updates the Onkyo, Integra and Pioneer parts may no longer work with the other devices.