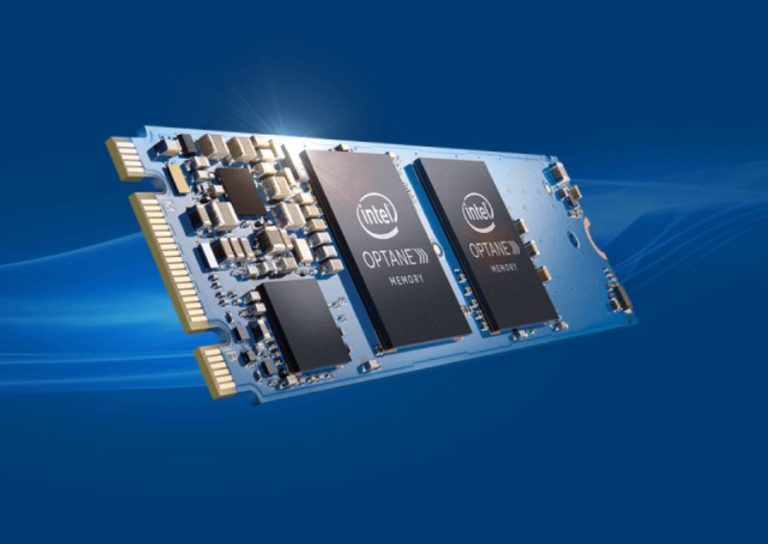 Intel Optane is a ‘cache’ or basket of high-speed, non-volatile (retains data when power is off) PCIe NVMe memory that sits between the PC RAM (memory) and the hard disk. It can speed up hard disk access by hundreds of times.

Hard disk cache memory controllers are not new – they have been around almost since the PC itself. But they are expensive. They improve hard disk performance by reducing the number of accesses required to the much slower disk.

When the CPU tries to read data from the hard disk, the controller intercepts the request and reads it into the much faster cache. When data is not being accessed it sorts the disk (like defragmentation) and writes data sequentially to it to improve the cache’s access. It is all about reducing bottlenecks.

Intel loaned us a Dell Inspiron model 5570 (website here) with a 16GB Intel Optane M.2 module and a slow and low-cost 1TB, 5400RPM SATA/600 drive. The mission was to measure performance with, and without Intel Optane enabled.

Intel Optane’s effect is quite dramatic as the Crystal Disk Mark graphs show.

The snail’s pace 1TB HDD goes from 78/53MBps (sequential read/write) to 930/159MBps and hundreds of times faster with random read/write of larger files. It is still nowhere near the blistering speeds of a top-drawer PCIe NVMe SSD, but it is not bad for a slow, cheap drive. And Intel Optane should lengthen the hard disks lifespan as it will be doing a fraction of the work it usually does.

Can you use Intel Optane?

You need a PC with an Intel 7thgeneration Core processor (or later) with an M.2 slot that supports PCIe NVMe. Put either a 16 or 32GB Intel Optane M.2 card in the slot, download Intel drivers and pair the Intel to the hard disk. It is all painless and preserves all your data.

You can use even larger hard disks (now up to 14TB) and speed them up with Intel Optane. We have not tested the 32GB version (about $75), but I expect it would shine with larger files, e.g. video renders etc.

What about using PCIe NVME SSD instead?

GadgetGuy’s take. Why pay for speed you don’t need?

It should be a no-brainer (especially at $19) if you have the right PC M.2 slot motherboard and a hard disk. It will make an appreciable difference to file read/write times.

If you don’t have a suitable motherboard then adding a SATA/600 SSD like the new Crucial BX500 (480GB for under $100 and GadgetGuyarticle here)will give you around 540/500Mbps sequential read/ speeds.