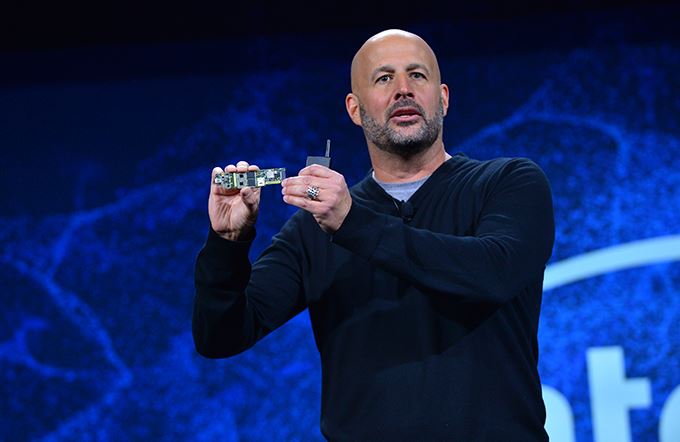 Intel uses CES annually to show off upcoming processors and PC tech. To PC enthusiasts – ok geeks – it is an exciting time

Intel did not disappoint with its Ice Lake 10nm CPU, its new Lakefield/Foveros 3D packaging. It also has 5G covered. Of course, the i9 powerhouse was there, new Neural AI processors (Nervana) and 10nm Xeons.

Intel tends to use complex Geek speak so here is a very brief overview in layman’s terms.

Ice Lake is a 10nm processor.

It is the successor to 14nm and thicker processors and uses less space, less energy and provides more performance. Basically an evolution of the Intel 8th generation Core using ‘Sunny Cove’ Architecture with AI and Cryptography acceleration. It uses more parallel processing to increase throughput. It integrates Thunderbolt 3 and the new high-speed Wi-Fi 6 wireless standard as a built-in technology saving even more space.

But more than that it allows more to fit into the same space. Lakefield will be the first to have a 10nm high-performance Sunny Cove core with four Intel Atom processor-based cores to delivers low-power efficiency with graphics and other IPs, I/O and memory.

The result is a smaller motherboard that provides OEMs more flexibility for thin and light form factor design. The technology provides tremendous flexibility as designers seek to ‘mix and match’ technology IP blocks with various memory and I/O elements in new device form factors. Lakefield should be in production this year.

Intel GPUs drive most PCs and laptops except those requiring more GPU power – games, CAD etc. The new integrated graphics will be delivered in 10nm-based processors beginning in 2019. It has 64 enhanced execution units, more than double previous Intel Gen9 graphics (24 EUs) and will break the 1 TFLOPS barrier.

The new GPU nearly doubles the performance of a popular photo recognition application (compared to the last generation) and features an advanced media encoder and decoder, supporting 4K video streams and 8K content creation (with low TDP power envelopes). It will also feature Intel Adaptive Sync technology enabling smooth frame rates for gaming. Intel also says it has plans to introduce a discrete graphics processor by 2020 that will compete with NVIDIA and RADEON.

Intel’s Project Athena is to counter the Windows on Arm (WOA) movement.

Intel makes x86 CPU – it has done since its first PC processor – the 8008 in April 1972. And it kept true to Moore’s law – the number of transistors in an integrated circuit doubles about every two years.

But Intel has come under threat in recent years from AMD’s Zen and Threadripper x86 systems on a chip, the Windows on Arm Movement and other chip (video and memory) makers.

Intel has shown some clear, not too distant future vision with Lakefield, Foveros, and Athena – a vision we sorely needed. It is amazing what competition does to lift the game, or we would still be using Abacus.

Break the Apple Spell – the ‘cure’ is here

Mac versus Windows – a retro twist