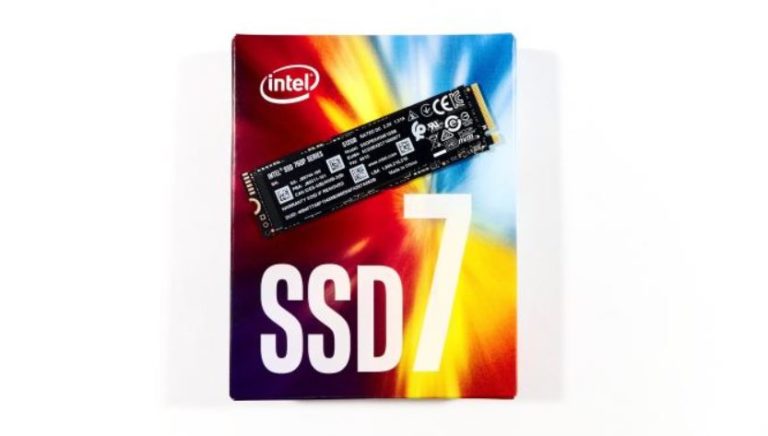 Intel claim sequential read/write speeds up to 3230/1625MBps and our test rig confirms that.

It has two x 256MB Micron DDR4 chips that act as a dual lane fast cache. The high-end Silicon Motion SM2262 controller (unusual for this price point) looks after data flushing in the event of a power outage. The cache allows frequently used data to be sorted and organised to read and write sequentially at the highest speed.

The only drawback is that the cache can be fairly easily saturated, and this affects random read/write speeds for larger files. That is where the Samsung 970 Evo Plus and WD Black really shine.

It is up to 50% more power efficient than its predecessor using 25mW at idle and 50mW when active.

Intel are known for quality products and reliable performance. In this case its is not as fast as the two leading brands but you save $100 or so and you probably will never appreciate the difference.

The Intel 760p offers a cost-effective M.2 NVMe drive that will meet the needs of mainstream users.

Features
9
Value for money
9
Performance
9
Ease of Use
8
Design
9
Positives
Great mainstream storage at a very good price
Negatives
If you have not aded M.2 stroage before it can be daunting
8.8