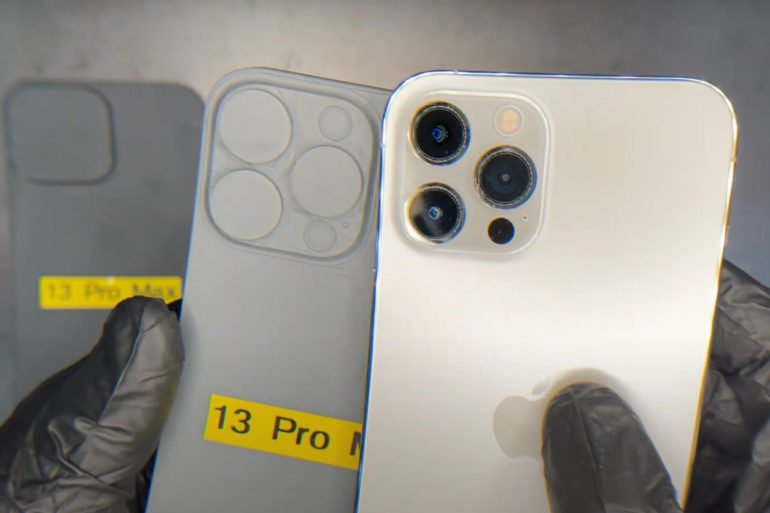 The latest iPhone 13 and iPhone 14 leaks from Cupertino reveal not just what to expect from Apple’s smartphones later this year, but also what’s on the horizon for 2022.

It is the season to be leaking, with plenty of speculation about what to expect from the upcoming flagship smartphones from Samsung, Google and Apple. As smartphones mature, the innovations between models are slowing down. We’re more likely to see incremental updates from the key smartphone makers than major overhauls. However, they might still have a few tricks up their sleeves.

The iPhone 13 is likely coming in late September. That’s assuming that Apple doesn’t decide to dub it the iPhone 12s, like the days of old. It is unlikely, considering that we jumped straight from the iPhone 11 to the iPhone 12.

Not all iPhone upgrades are created equal, as Apple conceded in the past with its ‘s’ models. They mostly honed the design of their predecessors rather than breaking new ground.

It’s a practice known as a “tick/tock” development cycle – first coined by Intel when describing its approach to making processors. Intel would release a major processor upgrade (tock), then the next model would refine the technology (tick).

We saw a similar pattern in versions of Windows. Microsoft’s Windows XP, 7 and 10 bedded down the major architectural changes introduced in their predecessors.

Apple has seemingly moved to a tick/tick/tock cycle to slow down the pace of technological advancement, only releasing a major overhaul every third iPhone. The impact of component shortages due to the COVID-19 pandemic would also be a factor in slowing down advancements.

Last year’s iPhone 12 is generally considered a major “tock” upgrade. This means this year’s iPhone 13 appears destined to be a minor “tick” update. Which begs the question of whether it’s worth upgrading from last year’s model. The various iPhone 13 and iPhone 14 leaks tell an interesting story of what might lay ahead.

The iPhone 13’s basic design is not expected to change. It may reduce or even eliminate the front notch at the top of the screen. Apple could potentially hide the camera behind the screen.

On the back of the handset, the iPhone 13 may revamp the camera bump. It’s expected to combine the separate bumps for each lens behind a more elegant single sheet of glass covering them all.

There is talk of jumping to a 64MP primary camera. It could be accompanied by a 40MP telephoto lens and a 40MP ultra-wide lens. Add to this a 40MP anamorphic lens offering a 2.1:1 ratio. This would be out of character for Apple, which doesn’t tend to make such dramatic leaps in camera quality.

There are also reports that all four iPhone 13 models could support the Apple ProRAW image format. The inclusion of LiDAR across the complete iPhone range is also on the cards, improving camera depth perception.

Some of the iPhone 13 predictions seem a bit far-fetched, but may come to fruition in future models.

Patents suggest that the iPhone 14 could feature a MagSafe connector. Like old MacBooks, this magnetic charge cable comes away from the phone when pulled. It stops the phone from crashing to the floor.

Alternatively, there are even rumours that Apple might not upgrade the Lightning connector to MagSafe. Or even upgrade to USB-C, like almost every other phone. Instead, iPhone 13 and iPhone 14 leaks indicate Apple could opt for a completely port-less design. It would rely on wireless charging and Bluetooth for connecting to other devices.

In a shakeup to the iPhone line-up, Apple might scrap the 5.4-inch iPhone Mini and replace it with a 6.7-inch iPhone 14 Max, priced more affordably than previous Max models.

Touch ID may also return with the iPhone, courtesy of an in-display fingerprint scanner.

iPhone predictions are always a mixed bag, and the latest round of iPhone 13 and iPhone 14 leaks are no exception.

The consensus is that Apple will most likely upgrade the camera array. Leaping to 64MP seems like wishful thinking, but it was also rumoured for the iPhone 12 Pro so maybe its time has come.

Beyond this, it’s hard to say, but don’t get your hopes up about seeing an in-display front camera or fingerprint scanner in this year’s iPhones. Another tick year – ho, hum.