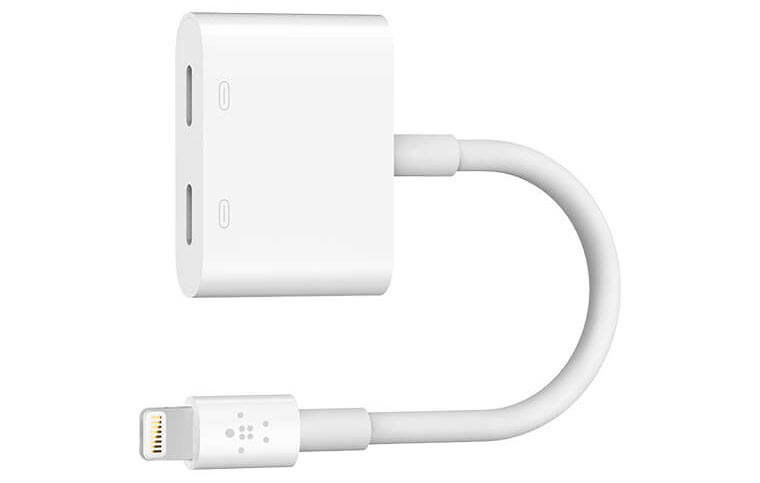 So what’s the one significant problem that everyone’s noticed with Apple’s new iPhone?

Why, it’s listening and charging. If the Lightning port has earphones or the earphone adaptor plugged in, how are you going to charge the phone? What if you’re forced to choose: listen or restore the battery? That’s what we were pondering in part five minutes ago in our previous post.

No worries, says Belkin. Just two days after the iPhone 7 and 7 Plus launch, they’ve announced their solution: the Belkin Lightning Audio + Charge Rockstar. Its cable plugs into the phone’s Lightning port as usual. At the other end of the short line there’s a flat housing with two Lightning sockets.

Just plug power into one and your earphones into the other and you can charge while listening.

Up to twelve watts of power support. Price: $59.95 at Apple retail stores or direct from Belkin.