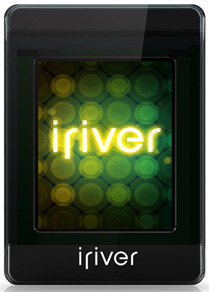 iRiver’s S10 might superficially resemble the iPod Shuffle, but superficiality is where the comparison ends; in almost every single respect the S10 is a more capable player than the Shuffle, and while its asking price is a touch higher than that of the Shuffle, and it comes in just one colour, the only reason we can think of why you wouldn’t plump for the S10 over the Shuffle is brand loyalty.

The S10 comes in 1GB or 2GB varieties – we tested the 2GB version, which retails for $195. Two gig will get you around 500 songs, depending on your compression settings and formats of choice. Speaking of formats, the S10 supports MP3, WMV, ASF and OGG, although there’s no inbuilt support for DRM-encoded “Plays For Sure” content. The player itself can be synchronised with iRiver’s supplied Plus3 software, via Windows Media Player or just as a simple drag and drop application if file copying is your thing. It won’t synchronise with iTunes, but we had no problems just copying compatible files to and from it within OS X.

Where the S10 really stands out is in comparison to the iPod Shuffle. They’re almost exactly the same size – the Shuffle sans clip is somewhat slimmer – but iRiver has managed to cram in just about every feature we could think of into this tiny player, and by comparison the Shuffle seems somewhat underpowered. The inclusion of a small OELD display makes it simple to perform named track searches, use playlists and artist filters, but beyond music, it also supports photo viewing – albeit very tiny photo viewing – voice recording, radio and even an alarm service.

The S10 houses three buttons along the sides of the player – a power switch on one side, and an up/down volume control on the other. Holding both volume buttons locks and unlocks the player. How then do you make menu selections? The trick here is that the screen itself is a large floating button that clicks at each corner. iRiver refers to this as “D-Click”, and it means you just click the side of the screen for the option you want to choose. While it feels a little odd initially – and more than one of our test subjects was worried that the screen was “broken” because it felt loose – it’s a very easy way to make selections, and a worthy counterpart to Apple’s much-envied iPod scroll wheel approach.

Once we’d familiarised ourselves with the D-Click interface, we were mostly happy with the S10’s performance. Predictably there’s a price to pay for having a display, and that price is paid in terms of battery life. iRiver rates the S10 at six hours, which was just about spot on in our testing, which managed 5.5 hours playing back a selection of 192kbps MP3 files. Six hours is a decent amount of music, but it’s also less than half the playback time we managed from the iPod Shuffle.

We’re also a little wary about the S10’s recharging/synchronisation method. Like the iPod Shuffle, this is performed via the audio socket, but where the Shuffle uses a tiny dock to rest the player, the S10 has a short audio plug with a USB plug on the other end. It’s not hard to plug in, but the lack of a cable can make it tough if you’ve got several USB ports crowded onto your computer, and the inclusion of a USB extension cable would eliminate this problem straight away.

There are some limitations that are seemingly inherent in making a portable music player quite this small, but the S10 takes those assumptions and dropkicks them out of the park; it’s an incredibly capable player for its size, and unless you’re totally enamoured of the whole iPod/iTunes experience, we can’t see any reason not to the buy the S10 over the Shuffle.