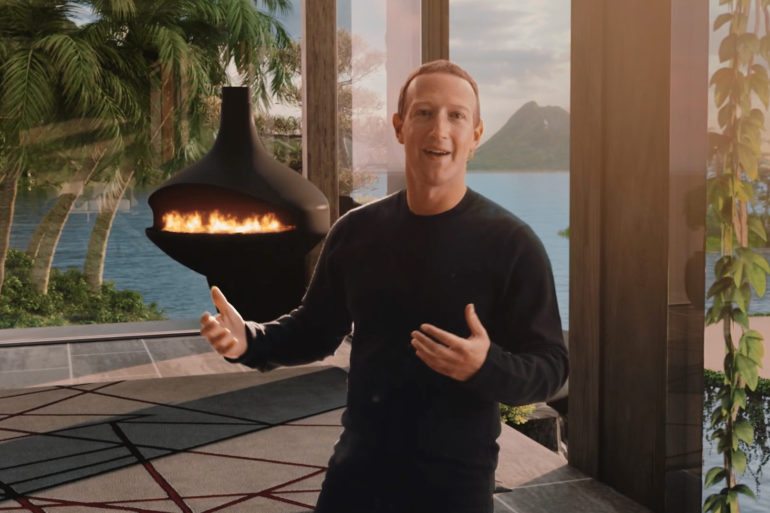 Mark Zuckerberg thinks we’ll soon all be wearing VR headsets, living in his virtual “Metaverse”, but how will Facebook succeed where others failed?

They say when Alexander the Great saw the breadth of his domain, he wept, for there were no more worlds to conquer. Facebook founder and CEO Mark Zuckerberg aims to avoid the same fate by creating new worlds. Facebook’s change to Meta is part of Zuckerberg’s dream to build and dominate the next evolution of the digital realm.

The Facebook brand is so tightly linked to one product that it “can’t possibly represent everything that we’re doing today, let alone in the future,” Zuckerberg told attendees at the company’s annual Connect conference.

That’s not to say it’s abandoning one of the world’s best known brands. The Facebook, WhatsApp and Instagram services are all keeping their existing names. Instead, the company which owns them all will now be called Meta. It’s similar to Google’s creation of its parent company Alphabet to oversee all its endeavours.

Facebook’s change to Meta is already starting to trickle through. The latest WhatsApp beta refers to “WhatApp from Meta” rather than “WhatsApp from Facebook”.

You could also argue that talk of Meta is designed to distract people from all the bad publicity around Facebook’s refusal to accept that with great power comes great responsibility.

The Facebook Papers – a treasure trove of leaked internal documents – reveals that Facebook meticulously tracks the harm its platforms cause people and communities. Worse yet, it deliberately ignores internal warnings from those who speak up. It’s reminiscent of the behaviour of the tobacco and fossil fuel industries. They fought to hide the evidence of their harm for decades before finally being held to account.

The change to Meta isn’t just a well-timed distraction. It also potentially reduces how badly the Facebook name can tarnish the rest of Meta’s portfolio of services. Plus, the restructure could be a preemptive move to thwart attempts by regulators to break up the company.

What is the Metaverse?

The Metaverse is the latest attempt to bring the concept of cyberspace to life as a shared 3D virtual world, accessed via a Virtual Reality headset like Facebook’s Oculus. There’s also an augmented reality aspect, with the ability to transport yourself to another physical location as a hologram.

“In this future, you will be able to teleport instantly as a hologram to be at the office without a commute, at a concert with friends, or in your parents’ living room to catch up,” Zuckerberg wrote in a letter announcing Facebook’s rebranding as Meta.

The Metaverse won’t be just a virtual world to wander around. It also aims to be home to a virtual community and even a virtual economy and marketplace. It will be somewhere that people live, work and play.

It’s not just a pipe dream. Meta will spend $US10 billion on the Metaverse in 2022, and it already has 10,000 people working on the project. It’s likely not alone. For example, Apple is also thought to be working on augmented and virtual reality devices.

Meta’s Metaverse isn’t expected to go mainstream for another five to 10 years. Even so, the company is already laying the groundwork. The virtual Horizon Home, Horizon Worlds and Horizon Workrooms are available to owners of the Oculus Quest headset, while Facebook Messenger calls support VR.

The impact of the pandemic could fast-track adoption, as it has fast-tracked the mainstream take up of many technologies such as video conferencing and online shopping. Meta doesn’t just need to win over non-gamers into embracing VR experiences. It also needs to win across businesses and advertisers to the platform.

“Within the next decade, the Metaverse will have a billion users and host billions of dollars worth of business,” Zuckerberg told the Connect conference.

Could the Metaverse succeed?

Zuckerberg is calling the Metaverse the next evolution of the internet. If he’s right, then it’s an opportunity too big to ignore. Imagine if one company owned the World Wide Web from the beginning. That’s what’s at stake here, whoever creates and controls the next generation of the virtual world will own the future.

That’s a familiar story which we’ve seen in Hollywood and literature many times – from The Matrix and Ready Player One to the virtual worlds of William Gibson’s Neuromancer and Neal Stephenson’s Snow Crash.

Of course, just like in fiction, in real life these concepts don’t tend to have a utopian happy ending. Instead, they bring out the worst in people – with the community degrading into the usual cesspool of trolls and con artists, while the founders focus more on monetisation than community. Just as Facebook itself has failed to live up to the dream of a platform which unites the world.

Zuckerberg’s vision of the Metaverse likely won’t succeed because Meta can’t be trusted to build a world where people will want to safely spend their time and invest their efforts. The current state of Facebook in terms of safety and privacy, combined with Facebook’s resistance to change, is a good indication of how the Metaverse will evolve. It can’t escape this by simply distancing itself from the name ‘Facebook’.

If Meta polices the Metaverse the way it polices Facebook, Zuckerberg’s brave new world will likely wither on the vine as yet another online hive of scum and villainy.