Is Laser TV here to stay? 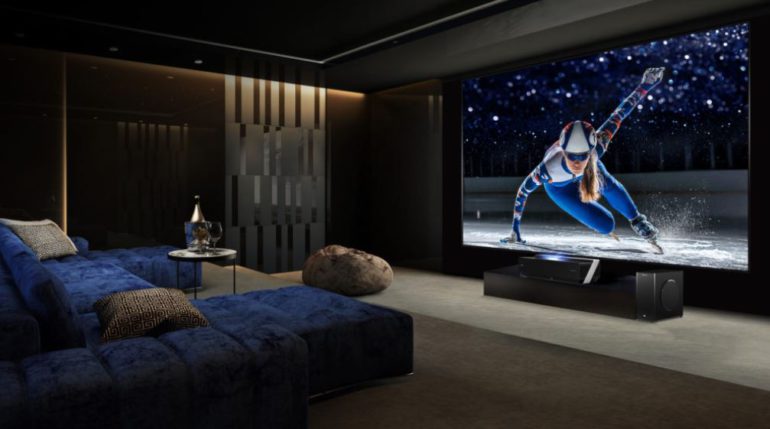 Interesting how most images show it in a darkened room!

Laser TV is becoming more popular as consumers see that it costs a lot less than a similar sized LED/LCD TV. Image quality is improving due to new laser and ultra-short throw projector technologies.

Let’s be honest – as we always are. I have yet to see a Laser TV knocks my socks off with an image that is anywhere near as good as an LED/LCD TV, let alone compete with a Dolby Vision capable 4K OLED or ULED. And that is from any brand – Samsung, LG, Hisense, Xiaomi, Epson, Sony, BenQ, and many more generic entrants. But I have seen some that are, in my critical opinion, passable in the right circumstances.

It just scraped over the pass mark at 8/10. It passed because size matters over picture perfection. And at $6999, including a 100″ ALR screen (now $5350 from VideoPro with free freight), it scores higher for value.

Yet, this is a single laser, 2700 lumens (788 nits), no eARC, no Dolby Vision and fairly power-hungry. So not knocking Hisense as for what it is, it is fine in the right use case.

I briefly saw it at launch (4 March), and it is not bad (I would have preferred to say its damned good, but that is stretching the truth). It is a triple laser (Red, Green and Blue), suits a 100/120/130″ CLR screen, and has a peak brightness of 2800 lumens (817 nits) – not that bright – and contrast of 1500:1. The demo was in a very dark area. When I took 108MP photos, they revealed the same image flaws as the Hisense – good on primary colours and limited dynamic range on secondary (manufactured colours).

Samsung, with its usual marketing prowess, would have you believe it is the ant’s pants. It is HDR 10+ certified, but it cannot reproduce that (or, for that matter Dolby Vision) as it lacks the brightness. It can decode HDR10+ metadata to SDR – what its capable of reproducing.

It seems that size does matter over image quality – something I do not understand. Hisense Global sent some stats on its laser TV sales. Hisense laser TVs’ overseas sales increased by 325% in 2020.

You can be sure that other mainstream makers had similar success.

The caveat is that we don’t know what models, specs and prices will make it to Australia. But with sales, such spectacular growth here, lets hope we see the 100L9 – the closest to an acceptable laser TV so far.