Is the MTM NBN a technical and financial failure? 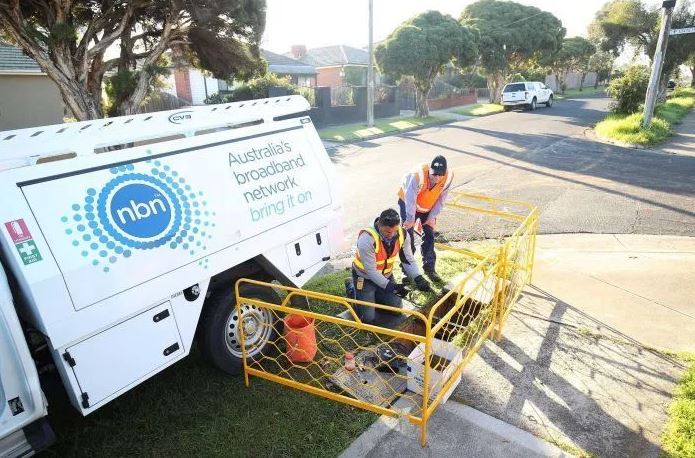 Love or hate the NBN it has worked for some and been a nightmare for many. But it is the MTM NBN that has caused so much angst.

Prime Minister Turnbull’s logic was that it was better to accelerate the roll-out and have faster speeds for all, instead of the Rolls Royce Rudd alternative that may bankrupt the nation and take longer. Was Malcolm, right? New evidence means we are not so sure any more.

In round figures, FTTN (Fibre-to-the-Node) accounts for about 4.7 million out of the 10 million connections. The not so well-known secret that only about 24% of FTTN users can access its top speed of 100/40Mbps let alone ever get faster connections. It is also the least reliable because it uses Telstra’s ageing copper network from the FTTN Node to the premises.

MTM NBN caused me so many problems in 2018 and 2019 that I chronicled them here. It also caused reader Peter Savio a tonne of grief, so we invited him to give his take on MTM FTTN.

Why the MTM NBN is a technical and financial failure.

Peter Savio worked in IT for 18 years in various systems administrator roles and 13 years in management roles, including IT project management, development and costing, and customer service. He was involved in fibre optic cabling and associated networks for organisations including the Sydney Royal Botanic Gardens and Tourism NSW (now Destination NSW). He has a Degree in Science and a Diploma in Business Management. He writes

Since February 2017, I have experienced way too many dropouts and outages including dozens in the recent wet weather. Multiple, well-documented complaints to my service provider and the NBN over the years has not fully resolved them.

I believe that MTM NBN, specifically FTTN, is not a reliable ‘broadband’ service

So much so that I now use 4G as my primary broadband access and will likely move to 5G as it becomes available. Based on my experience with FTTN, I would only move back to the NBN if it is FTTP. (GadgetGuy has a guide to Alternatives to the NBN here).

My ‘academic’ interest in MTM NBN piqued after seeing former NBN CEO Mike Quigley at a 2018 Senate Estimates hearing (video here). I decided to calculate, based solely on publicly available data, how the cost of the MTM NBN would have compared to a full FTTP rollout, e.g. no Malcolm Turnbull Meddling.

The basis is the NBN 2020-2023 Corporate Plan released in June 2019. After many hours of research, calculations, modelling, analysis and cups of coffee, I have come up with some interesting ‘data-supported’ conclusions.

So, from what I can see – based on the NBN’s 2020 Corporate Plan it would be more cost-effective scrap the entire FTTN and start over.

NBN and its political masters should just do it

Remember that FTTN serves about 45% of NBN customers. NBN states that 24% of FTTN customers can get 100/40Mbps (let’s not talk about reliability). In the coming years, NBN predicts substantial revenue in offering customers 250Mbps to 1Gbps. That is no issue for FTTP, FTTC or HFC users.

In NBNs report “Speed Check: Calibrating Australia’s broadband speeds,” it lists Australia as being 13th in comparable countries once the MTM rollout is complete.

What this report fails to mention is Australia is currently the only country whose fixed-line download speed, in this list of 13, is substantially lower than its mobile download speed. The report also lists Australia as ranking 17th using data representative of the entire population.

Further details of my analysis can be found in my submission to the Federal Parliaments Inquiry into the business case for the NBN here.

GadgetGuy’s take – MTM NBN is all we have

Peter’s article really should have been titled the Great MTN NBN stuff up – or how not to build a national utility that we can rely on.

Politics, not necessarily NBNco are to blame.

NBN has looked at options codenamed COAT to take poorly performing Nodes and change them either to Fibre-to-the-Curb (FTTC) or Fibre-to-the-Premises (FTTP). But that is just to meet its service guarantee on 3000 identified services. Media reports suggest the COAT project may eventually involve 60,000 users that cannot even get 25Mbps!

It is also offering Technology Choice – users can pay for to change from FTTN to FTTP for a cost – although we understand that this is quite prohibitive – usually over $10,000.

Peter makes very valid points that this is a ticking debt-bomb that the government needs to address – not users.